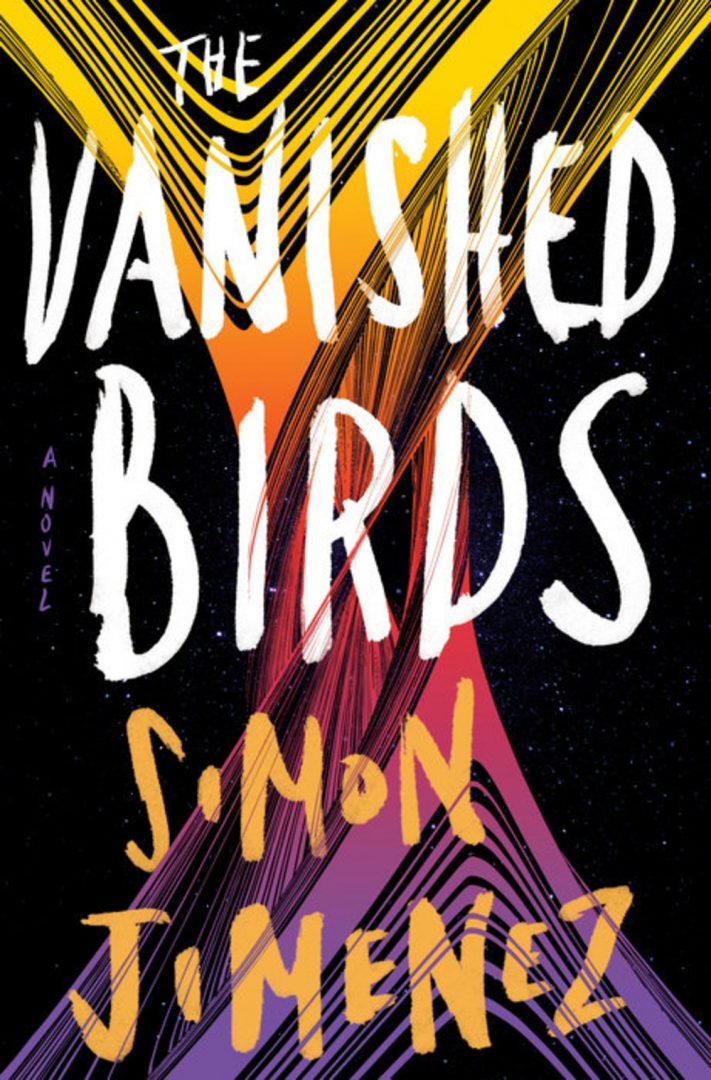 The Vanished Birds is a Well-Crafted Science Fiction Debut

The Vanished Birds is a Well-Crafted Science Fiction Debut 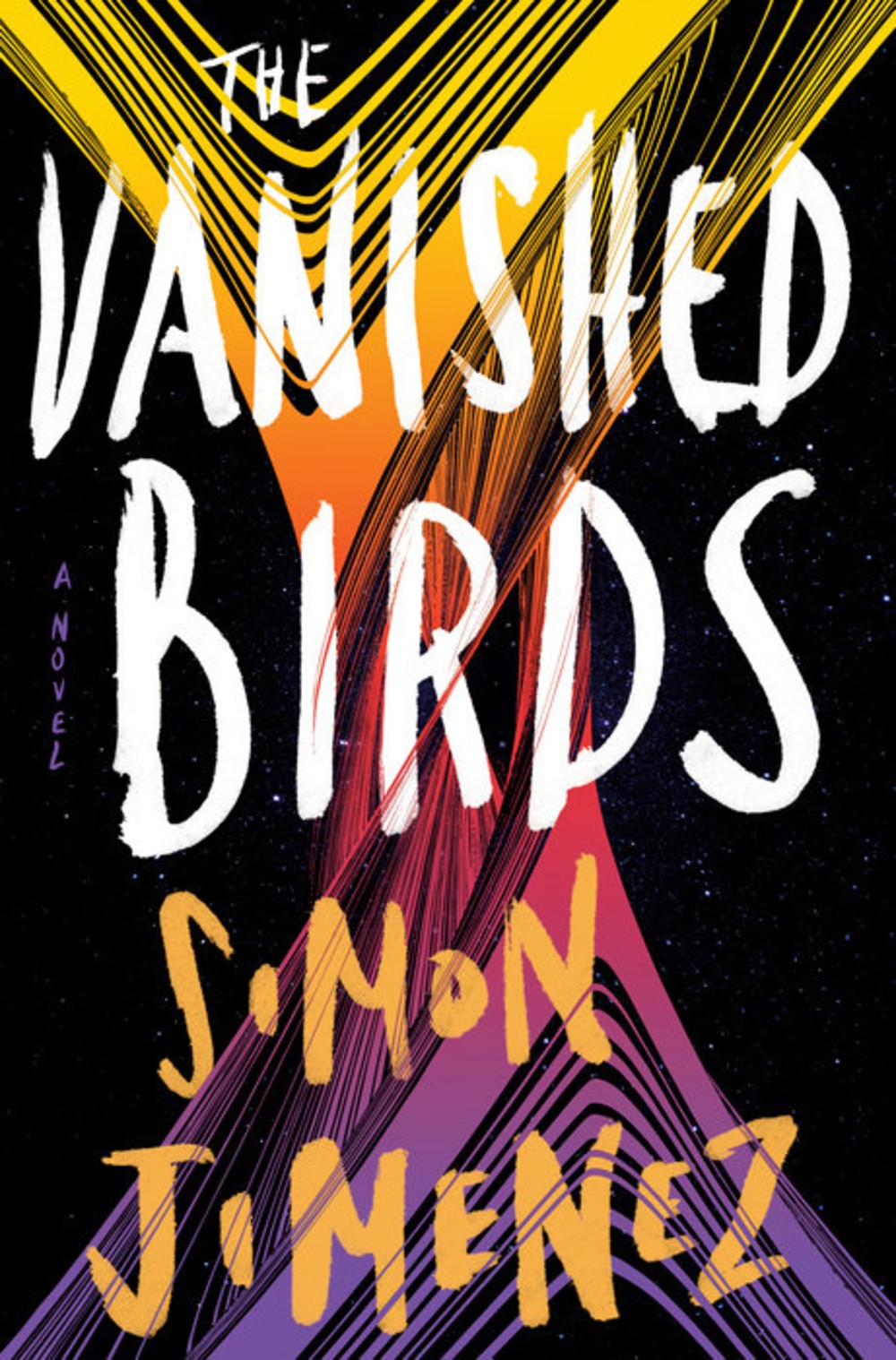 Simon Jimenez’s novel, The Vanished Birds, is a well-crafted, superior science fiction debut. Spanning countless years, this book is anchored by gorgeously drawn prose, faulted players and the idea that hope is our most valuable commodity.

The Vanished Birds casts feasible predictions for the 22nd century. For readers, fiction set in the future can evoke optimistic views of our days to come. The possibilities seem encouraging, endless. With such progress, life will certainly improve. But can humans improve being, well, human?

In Jimenez’s world, environmental sustainability has failed. Earth has become “a less viable home…despite the solar-paneled fields, the gullies stuffed with banned diesel vehicles.” Fumiko Nakajima is an aerospace engineering genius. As is common, Fumiko was edited before her birth, yet “unlike most babies, she was designed to be ugly.” After a workplace tantrum goes viral and a promising new relationship takes flight, Fumiko must decide between love or her career. She chooses to accept a top-secret appointment in Umbai “to design…a series of space stations that would rival the best of their competition.” Fumiko sets the stage for new human pathways, garnering power and wealth, but never happiness.

Nia Imani is a Captain, trafficking harvest shipments throughout “Pocket Space.” Her journeys allow her to bend time and surf through different worlds. A slave to her nomadic life, Nia has “whittled away the years in the pocket, running as far as she could from home.” At Umbai-V, the final stop on her latest contract, Nia is introduced to a young boy who was found in the fields, simply “lying next to the rubble” of a ship crash. He is non-verbal, too-thin and certainly an offworlder. Nia agrees to escort the child to Pelican, one of Fumiko Nakajima’s famed space stations. After numerous physical evaluations, Nia discovers that the boy has “a long past of broken bones: legs, arms, even his ribs…signs of repeated fractures.” He constantly plays the Macaw flute, his sweet notes filling every corner of Nia’s ship. “The terrible, insistent beauty” of his music enchants the Captain, conjuring emotions and even memories. Just days before reaching Pelican, the resident Nurse asks Nia, “Are you going to adopt him? Raise him on this ship and make this tin can his home?” Nurse says, “He’s not your pet, he’s not your plaything. He’s a child who needs a home.” Nia firmly tells her, “This is a home.”

At Pelican, the boy is promptly whisked into Allied Space custody. Nia is defeated and feels barren without him. The great Fumiko Nakajima then offers Nia a new fifteen-year contract. The task: to venture out to fringe space and simply protect the child while he develops. Nia asks, “What is he?” Fumiko then reveals that this boy may be the key to future interstellar travel. She suspects that he has the ability to jaunt, to travel across space in just seconds. Nia accepts this proposition, as well as her paternal role with equal parts joy and reservation. Soon, the child begins to speak. He has a name, Ahro, and, just like that, years begin to unfold. Nia, like a mother, is always his shadow, always his confidant. Until the jaunting begins and Fumiko’s plans are set into motion.

The Vanished Birds is so well done, it reads like a premonition. Jimenez’s world could certainly be our reality years from now. Scientists have many predictions concerning the 22nd century, such as the merging of artificial intelligence, common interstellar travel and fusion-based energy resources. All this can be found in The Vanished Birds. But will these achievements make us a better society? Will humans become more skilled, socially and emotionally? According to Jimenez, no. His characters fight, hurt and destroy their fellow players. Even Fumiko, a woman who possesses one of the most advanced brains ever, resorts to extreme selfishness and even, unethical uses of technology. Jimenez writes, “Life has changed, but not our capacity for absurd cruelties.”

The Vanished Birds does, though, showcase how our need for family will never be eradicated, no matter how civilization changes. While trying to find his way back to Nia, Ahro is visited by the mystical Kind One. They tell him, “Your body will only withstand so much. You are a glass bird in a vise, and that vise is squeezing. You will crack. You will shatter…You beg to return to a world that has beaten you…Why attempt this return?” Ahro replies, “Because she is waiting for me.”

Another prediction can be found in this novel and that is for its author. Expect more spirited, manicured fiction from Simon Jimenez in the future. The Vanished Birds is a very grand beginning.