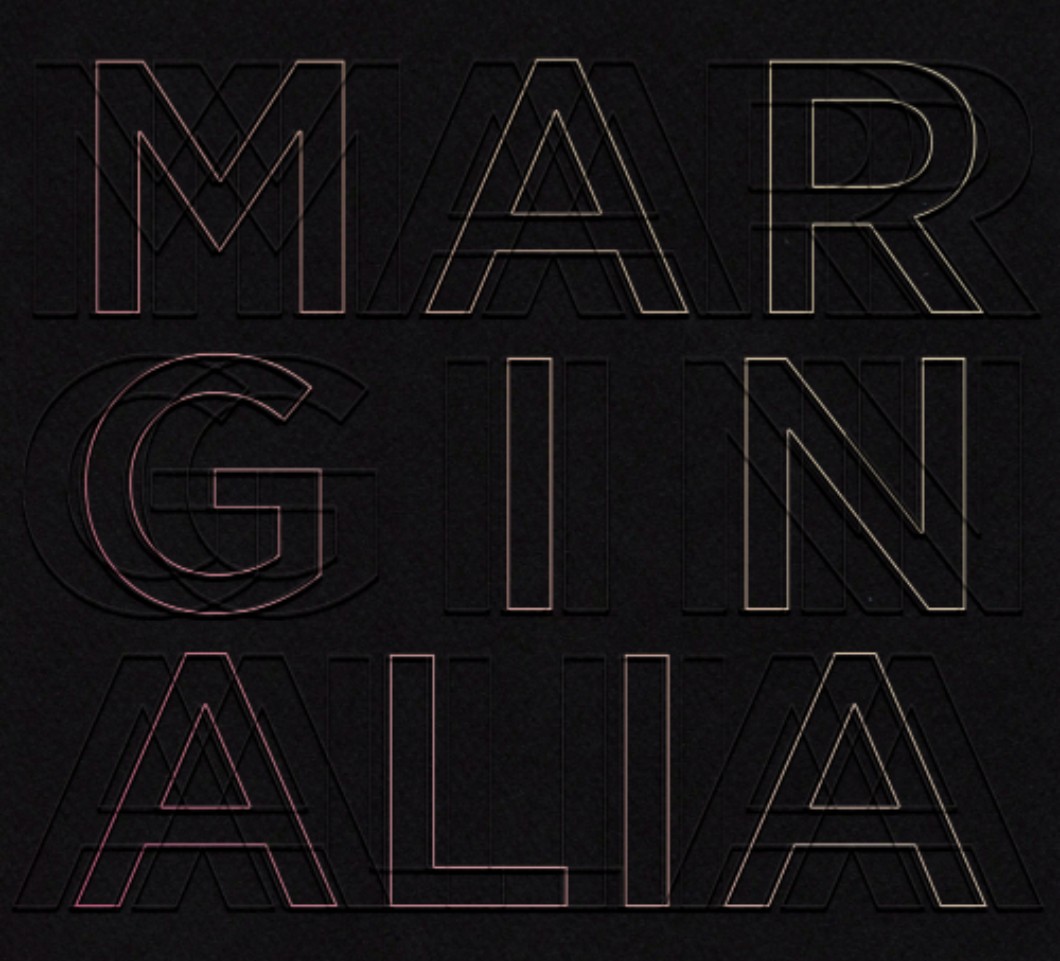 Marginalia is a Queer Memoir from an Independent Game Designer

Marginalia is a Queer Memoir from an Independent Game Designer 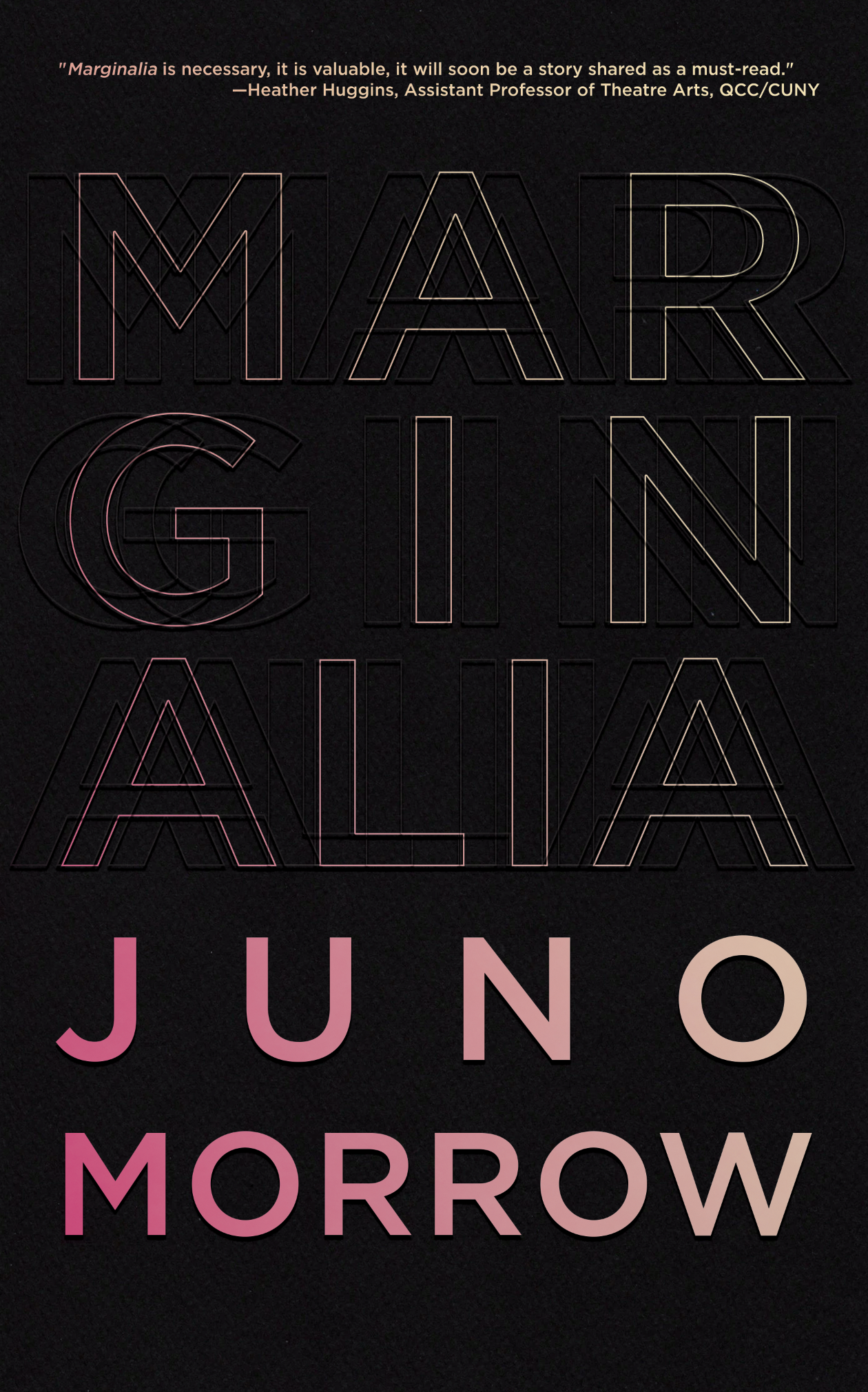 It’s becoming more and more imperative to keep records of our lives. While it’s one thing to write in a journal or do keep an active social media account, archiving one’s personal record and history is needed to keep an idea of how the world is changing, both in the larger scheme and in the individual’s view of the world. Doing so can allow one to trace their path and understand how they reached their current state, and where they might be going having reflected on their past. And with the wide breadth of ways to keep track of text, art, photos, etc., there is no shortage of opportunities to do so in a unique way.

Marginalia is the debut memoir from Juno Morrow, an independent game designer and artist. Her book covers her life from early childhood to adulthood, showing how she came to terms with her identity as a mixed-race person, a queer person, and a transgender person. The book is told in succinct anecdotes of her history, presented in a scrapbook design, with pictures of Morrow’s upbringing blended with her design background.

The book is a very quick read, but still manages to leave an impact because of Morrow’s style of brevity. While she doesn’t dwell too long on her subjects and covers periods of her life based on where she lived and what she was doing, it doesn’t feel like we’re missing out on anything major. Morrow has encompassed her entire life story to an easily digestible degree, but one that keeps the reader wanting to read more.

Part of this is aided by the fact that Morrow’s unique artistic style and composition of her book, which
makes it quite fascinating to sift through. The scrapbook style, endnotes, bit.ly links for additional
information, and use of photography and computer screenshots make it seem like the reader is
uncovering new information about Morrow just as she did growing up in the southern US. We see
screenshots of the names Morrow debated giving herself as she began to come into her identity long
before we learn why she chose the name “Juno.” The final pages in particular feel like an absolute
triumph, as the photographs in those pages show the culmination of Morrow’s journey and can make
the reader feel as satisfied as she must have been upon reaching that moment.

But being more than just a treasure trove of trials and tribulations, Marginalia is a great meditation on finding identity. When Morrow slows down her personal history to discuss her personal opinions on gender and identity, it shows a real grace and intelligence of the subject. To quote one particularly
notable section:

We are expected to encapsulate so much of our identities and experiences in what we call
ourselves. Claiming an identity feels impossible when no one sees you as you are. Those that slice their experiences thin are often dismissed as divisive or self-involved. Labels create boundaries as much as they create community. Still, we strive to find our place in a world of borders.

It also helps that Morrow’s story includes tales of other queer-identified people who struggled with
figuring out their identities. Through her relationships with these individuals, particularly with her
partner, Gabriel, Morrow is able to present many different points of view and definitions that can help readers who are struggling to understand terms for gender identity and sexual orientation. These encounters do provide an interesting contrast for Morrow to put herself against, especially the outdated and discredited terms made by Ray Blanchard and J. Michael Bailey, and including these discussions can provide valuable insight and record for the progress of gender and sexual identity studies going further into the 21st century.

Marginalia may be one person’s search for identity and understanding, but it is applicable to so many people who struggle with figuring out their identity, whether it is as an LGBTQ+ individual, a person of color, or someone who is both. Morrow’s succinct style and creative eye for book design makes it highly recommended for readers of modern queer memoirs. So while it may not be the longest read, the book showcases Morrow’s artful point of view and offers a a unique look at what it means to come to terms with yourself.

'How to Whistle' by Gregg Shapiro
A Window Into Joy: Jennifer Finney Boylan’s She’s Not There
'Queer Twin Cities' by GLBT Oral History Project