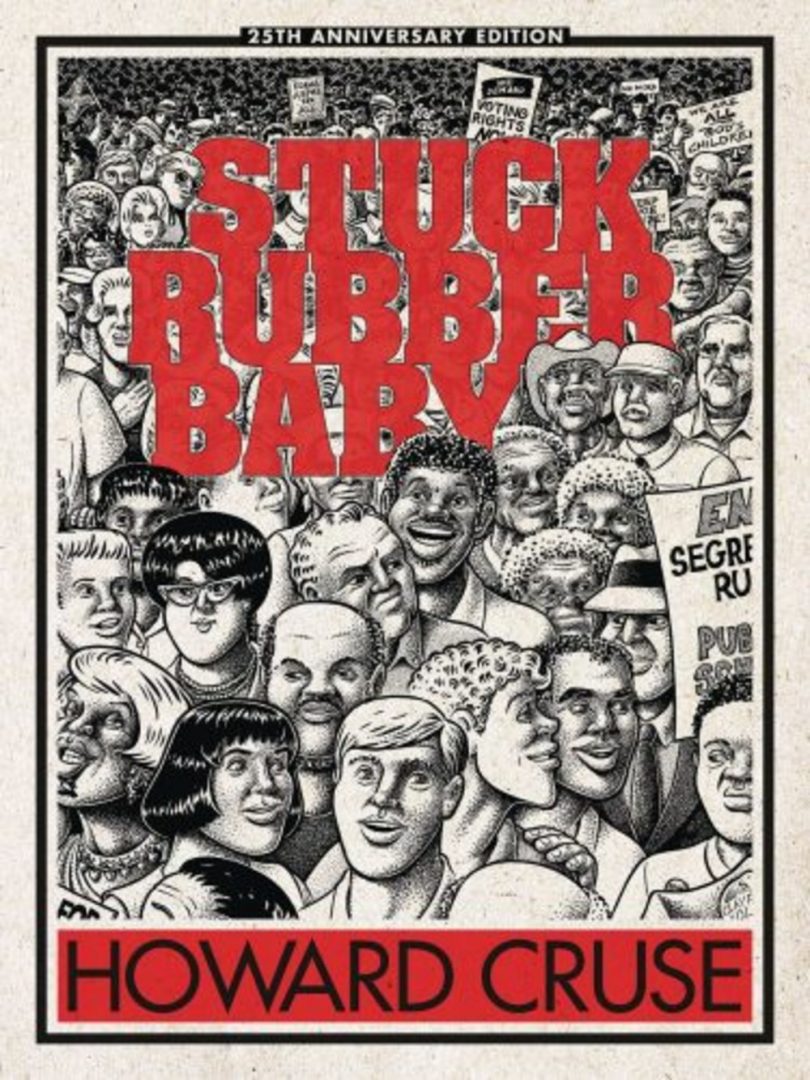 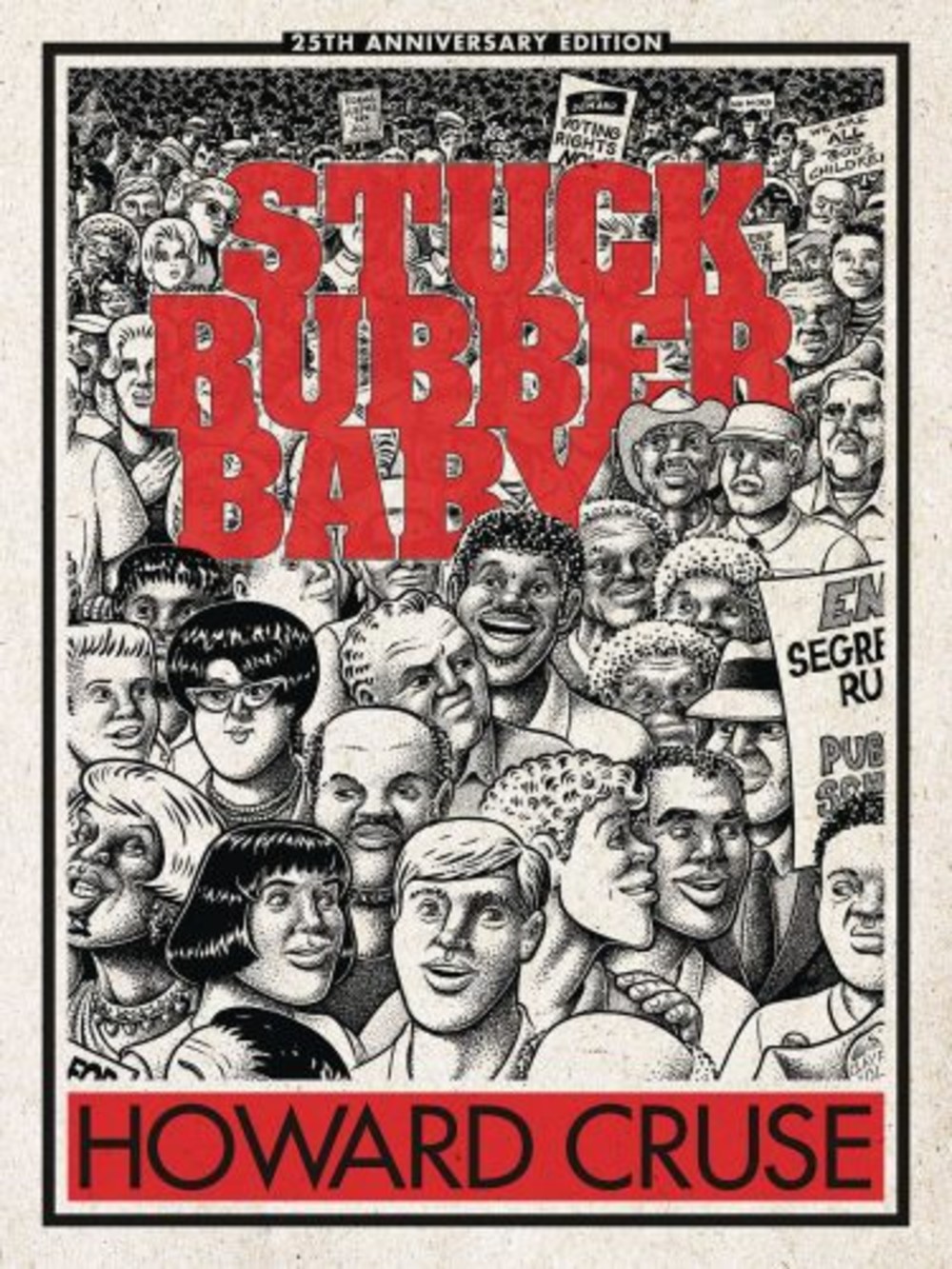 Pride Month is behind us, and an unsteady future is ahead of us. In the words of Marsha P. Johnson, “Nobody promised you tomorrow.” This quote is a rallying cry to continue our momentum, and to never give up. As news coverage of peaceful protests across the nation dies down, we need to ensure that “there is no pride for some of us without liberation for all of us.”

This is a critical moment in our nation’s history, and to be on the right side of change is necessary. We have reached another boiling point. White supremacy and white silence have always been embedded in our culture; none of this is new. Black voices have exposed the rotten roots of the country for centuries.

Our literature has often provided blueprints for cultural transformation. Many of this month’s titles reckon with our queer history, look towards our queer future, and hopefully provide a pathway to both queer joy and systemic change. We must give ourselves space to move toward a world where community is not just a word, but a radical promise of love, understanding, and intervention in the face of adversity.

The fight for justice stands front and center in the 25th anniversary edition of Howard Cruse‘s Stuck Rubber Baby. The book explores one gay character’s involvement in the Civil Rights movement of the 1960s.

Painstakingly researched and exquisitely illustrated, Stuck Rubber Baby is a groundbreaking graphic novel that draws on Howard Cruse’s experience coming of age and coming out in 1960s Birmingham, Alabama.

This 25th anniversary edition brings this rich and moving tale of identity and resistance is back in print–complete with an updated introduction from Alison Bechdel, rare photographs, and unpublished archival material that give a thorough, behind-the-scenes look at this graphic novel masterpiece.

As a young gay man leading a closeted life in the 1960s American South, Toland Polk tries his best to keep a low profile. He’s aware of the racial injustice all around him–the segregationist politicians, the corrupt cops, the violent Klan members–but he feels powerless to make a difference. That all changes when he crosses paths with an impassioned coed named Ginger Raines. Ginger introduces him to a lively and diverse group of civil rights activists, folk singers, and night club performers–men and women who live authentically despite the conformist values of their hometown. Emboldened by this new community, Toland joins the local protests and even finds the courage to venture into a gay bar.No longer content to stay on the sidelines, Toland joins his friends as they fight against bigotry. But in Clayfield, Alabama, that can be dangerous–even deadly.

Fairy tales have long been structured around heterosexual relationships. Cinderella is Dead by Kalynn Bayron offers an intriguing re-imagining of the classic Cinderella story, and drives YA readers to dig deeper and challenge their societal expectations.

It’s 200 years after Cinderella found her prince, but the fairy tale is over. Teen girls are now required to appear at the Annual Ball, where the men of the kingdom select wives based on a girl’s display of finery. If a suitable match is not found, the girls not chosen are never heard from again.Sixteen-year-old Sophia would much rather marry Erin, her childhood best friend, than parade in front of suitors. At the ball, Sophia makes the desperate decision to flee, and finds herself hiding in Cinderella’s mausoleum.

There, she meets Constance, the last known descendant of Cinderella and her step sisters. Together they vow to bring down the king once and for all–and in the process, they learn that there’s more to Cinderella’s story than they ever knew. . . This fresh take on a classic story will make readers question the tales they’ve been told, and root for girls to break down the constructs of the world around them.

This month sees the release of Gender Explorers, Our Stories of Growing Up Trans and Changing the World by Juno Roche. In this title, the author offers visions into queer futures through the eyes of young queer and trans folks.

In this life-affirming, heartening and refreshing collection of interviews, young trans people offer valuable insight and advice into what has helped them to flourish and feel happy in their experience of growing up trans.

Speaking openly and candidly about their gender, their experiences of coming out, their aspirations, and their fears – accompanied by interviews and support from their parents and carers – this book is beautiful proof of the potential for trans children to live rich and fulfilling lives when given the support and love they need.

With their trademark candour and empathy, Juno Roche gives voice to a generation of gender explorers who are making gender work for them, and in the process, reveals a kinder, more accepting world, that we should all be fighting for.

Each place in the world has completely different sets of ideological beliefs. In The Pink Line, Mark Gevisser chronicles and investigates the roots of disparities in cultural practices of gender and sexuality around the world.

More than five years in the making, Mark Gevisser’s ‘The Pink Line: Journeys Across the World’s Queer Frontiers’ is a globetrotting exploration of how the human rights frontier around sexual orientation and gender identity has come to divide–and describe–the world in an entirely new way over the first two decades of the twenty-first century. No social movement has brought change so quickly and with such dramatically mixed results. While same-sex marriage and gender transition is celebrated in some parts of the world, laws are being strengthened to criminalize homosexuality and gender nonconformity in others. A new Pink Line, Gevisser argues, has been drawn across the world, and he takes readers to its frontiers.

Mirroring our current pandemic moment, Emma Donoghue’s The Pull of the Stars: A Novel chronicles the relationship between three nurses who work in the maternity ward of a small hospital during the influenza outbreak of 1918.

In an Ireland doubly ravaged by war and disease, Nurse Julia Power works at an understaffed hospital in the city center, where expectant mothers who have come down with the terrible new Flu are quarantined together. Into Julia’s regimented world step two outsiders–Doctor Kathleen Lynn, a rumoured Rebel on the run from the police, and a young volunteer helper, Bridie Sweeney. In the darkness and intensity of this tiny ward, over three days, these women change each other’s lives in unexpected ways. They lose patients to this baffling pandemic, but they also shepherd new life into a fearful world.

With tireless tenderness and humanity, carers and mothers alike somehow do their impossible work. In The Pull of the Stars, Emma Donoghue once again finds the light in the darkness in this new classic of hope and survival against all odds.

As always, if our list of LGBTQ releases missed an author or book, or if you have a book coming out next month, please email us.

Leo Rachman is a queer writer and musician living in the Northeast. He is often inspired by music, and uses piano playing as part of his writing and storytelling process. He is a recent graduate of Mount Holyoke College, and hopes to pursue a future career in writing or publishing.