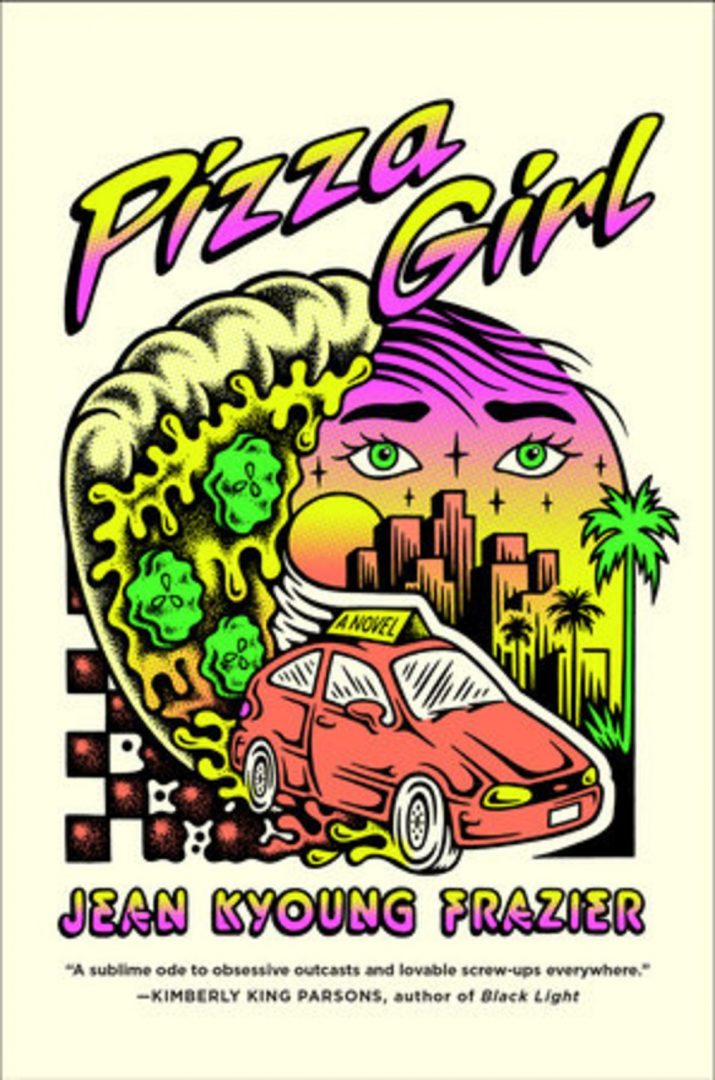 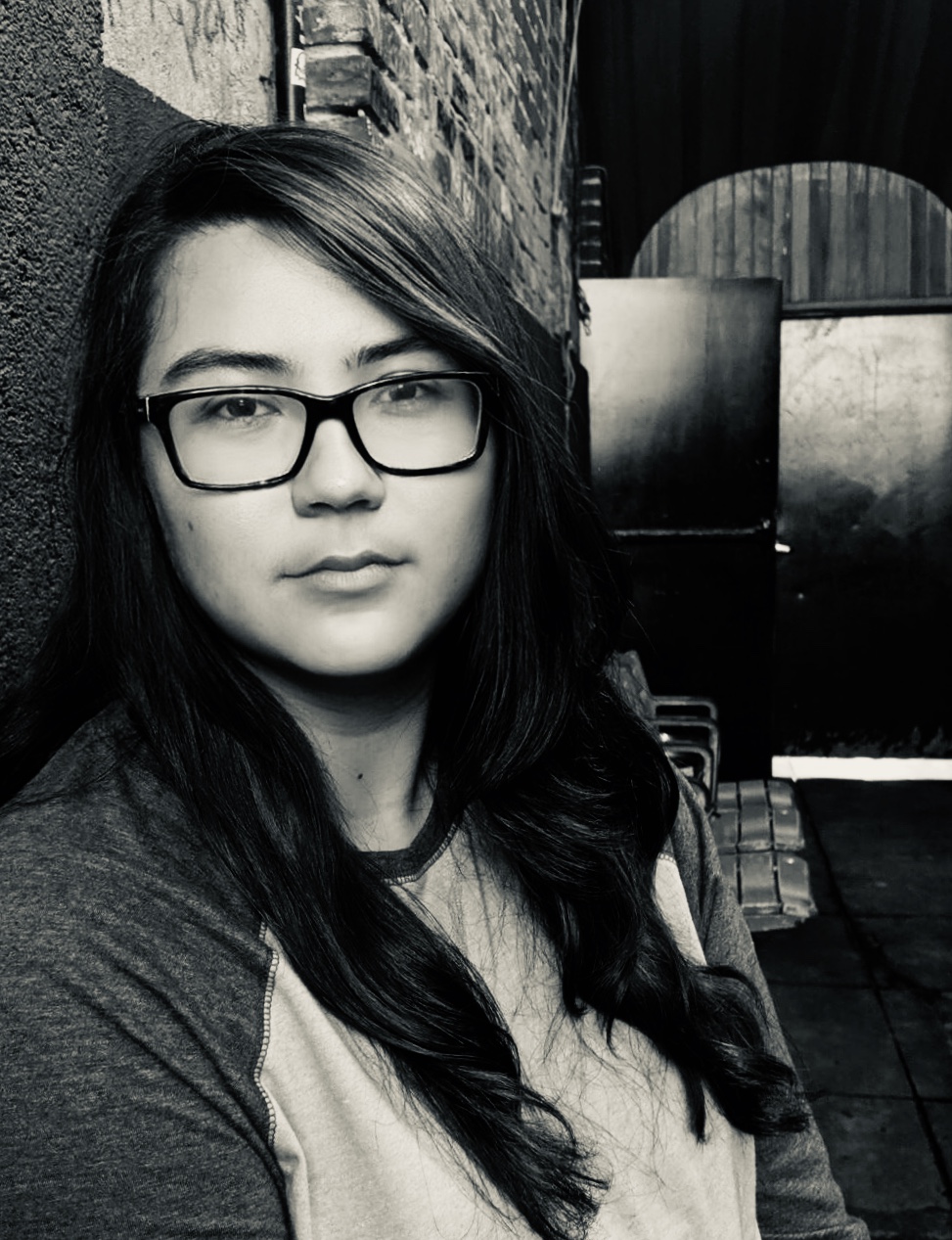 The following is excerpted from Pizza Girl (Doubleday), the new novel by Jean Kyoung Frazier. Pizza Girl follows a pregnant pizza delivery girl who becomes enamored with one of her customers, a stay-at-home mother.

Rita Booker and her husband, Louie, gave me hope that it was possible to make it into your thirties with the same person and still be in love.

They’d always answer the door together, wrapped around each other, usually minimally clothed. They barely looked at me as they paid. Rita would ask me how I was doing, how was that man of mine, wasn’t life wonderful?—all while staring directly into Louie’s eyes. Sometimes she would stroke my face and smile at Louie. “Look at this caramel. I hope our future babies are as pretty as she is.”

When they answered the door that day, he was shirtless and in basketball shorts. She was naked underneath one of his button‐downs and I could see her nipples through the soft pink material. I handed her their large Buff Bleu Chick and made sure to keep my eyes on hers.

“How’s it going, girl?” Rita smiled at me, was immediately distracted by Louie nibbling on her ear. He gave me a quick grin, a wink. I knew she didn’t need an answer, so I just smiled back. “That’ll be $19.99.”

Louie pulled a wad of bills out of his shorts and handed me a twenty plus a solid tip as Rita fixed her attention on his neck. They laughed and ran their hands over each other’s bodies, searching, mapping, squeezing spots that spoke to them. I normally didn’t break through their haze, just took the money and walked back to my car, but that day I had to know—“How do you guys stay so happy?”

They turned to me and their cheeks had a lovely rosy flush, and if I’d had a camera I would’ve snapped a picture of them right there. Once I got home, I would’ve stared at the photo and pulled out a set of paints, mixed until I got the exact color of their cheeks.

Louie shook the box in his one hand and played with the collar of Rita’s shirt with the other. “Pizza and sex seems to help.”

“Seriously, though,” I said.

“I mean, we’re being pretty serious.” Rita looked at Louie, a stone‐melting look. “Like, yeah, pizza and sex is not all it is, but when you’re with someone that you love— like, really love—you work through whatever shit that’s managed to stick to you over the years, and when you want to punch walls, or rip out your hair, or if you feel like if you opened your mouth only screams would come out, you remember those pizza‐and‐sex days.”

They started kissing with tongue, so I thanked them and wished them all the best.

I circled around the block three times and still got to Jenny’s house early. It was 4:23 and I didn’t want to look overeager. I parked my car a few houses down and put the radio’s volume at 10, 11, 12, back to 11, stared at the clock.

The song that was on the radio said the word “release,” over and over. The drumbeat was too aggressive and I felt it weirdly in my elbows and knees. I changed the station and focused on making my thoughts unfocused.

A Christian Rock station. The song wasn’t annoying, wasn’t saying anything like “I love you, God. You are everything, God. God likes his steak rare.” The song was slow and soft, not many lyrics, just a few “Hallelujahs” exhaled here and there.

Would I ever carry a briefcase? How many times in a row did you have to listen to a song you loved before it became a song you liked hearing every now and then? Is it only called a nervous breakdown if there’s someone there to point at you and be, like, “Yo, get your shit straight, you are nervous and you are breaking down”? The heart of a shrimp is located in its head.

Dad used to carry a briefcase, even when he was working jobs like graveyard‐shift mall security, office janitor, mover—and there was an odd stint when he had a paper route—he’d put his briefcase into the bike’s front basket as he cruised around the neighborhood tossing the L.A. Times into people’s front yards.

The briefcase never had much in it: a sci‐fi paperback, a few sheets of paper, pens stolen from dentists’ offices and car dealerships, jelly beans. Dad would put a couple green ones in my hand, my favorite, and say, “You need the brief‐ case. People don’t take you seriously without the briefcase. How would it look if I was walking around with just a pack of jelly beans in my hand?”

I got out of the car and hit the lock button twice, started walking toward Jenny’s house.

I only had to knock once before the door swung open and a little boy in dirt‐stained clothes answered.

We stared at each other and I tried to think of something to say, but I found quiet children to be strange, unnatural. I would’ve been less alarmed if he’d answered the door hopping up and down, screaming. He just stood there, staring, mouth closed and tight; even his blinks seemed solemn.

We were saved by Jenny sliding into view, nearly falling over. “I forgot how slippery these floors get when you’re wearing socks.” She hugged me, and I was rigid for a moment, shocked by the easy intimacy, and then I leaned into it and breathed deep. “I see you’ve met the most beautiful boy in the world. I swear, he’s not usually this dirty. He just got home from baseball practice.” She ruffled his hair. “This is Adam.”

Adam remained staring. His eyes were the same shade of brown as Jenny’s. “Adam,” Jenny said, “can you thank this nice lady for the pizza? Remember how good it was last week?”

My chest twisted at this muted, muttered thank‐you. A part of me wanted to shake the kid, change his face, and the other felt achy, bruised, a flash of recognition and fear. I remembered being a quiet little kid, constantly aware and uncomfortable with the ways grown‐ups talked to me, how much they seemed to want from me.

Jenny took the pizza and handed me another too‐much tip. “So—how’re you doing? You look a little more worn out than the last time I saw you.”

“I’m doing okay,” I said, wondering if my equally bland response would catch Adam’s attention, warm him to me.

“Well,” Jenny said, “if you’re not, there’s a support group that meets every Thursday at eight‐thirty p.m. at that little church between the hardware store and the doughnut shop. It’s for expecting moms and current struggling moms. They used to be two separate groups, but they joined them together after funding was cut. The group isn’t bad, and there’s always hot, fresh cookies.”

I almost told her that the church was Catholic and called Holy Name of Jesus, and that the cookies weren’t fresh, just microwaved before the group started. I didn’t want to talk about how I knew that, though, the many afternoons I’d spent there listening to strangers grieve.

She put the pizza down and took my hand in one of hers, Adam’s in the other. We formed a chain. “Please come. I go every week, and some of these women are just nasty. I need a friend.”

I looked at Adam and, I can’t be sure, I thought I saw him nod. Just once, not even a nod, a slight tilt of the head.

I knew what it meant—“Go, watch, protect her.”

Copyright 2020 by Doubleday. All rights reserved.