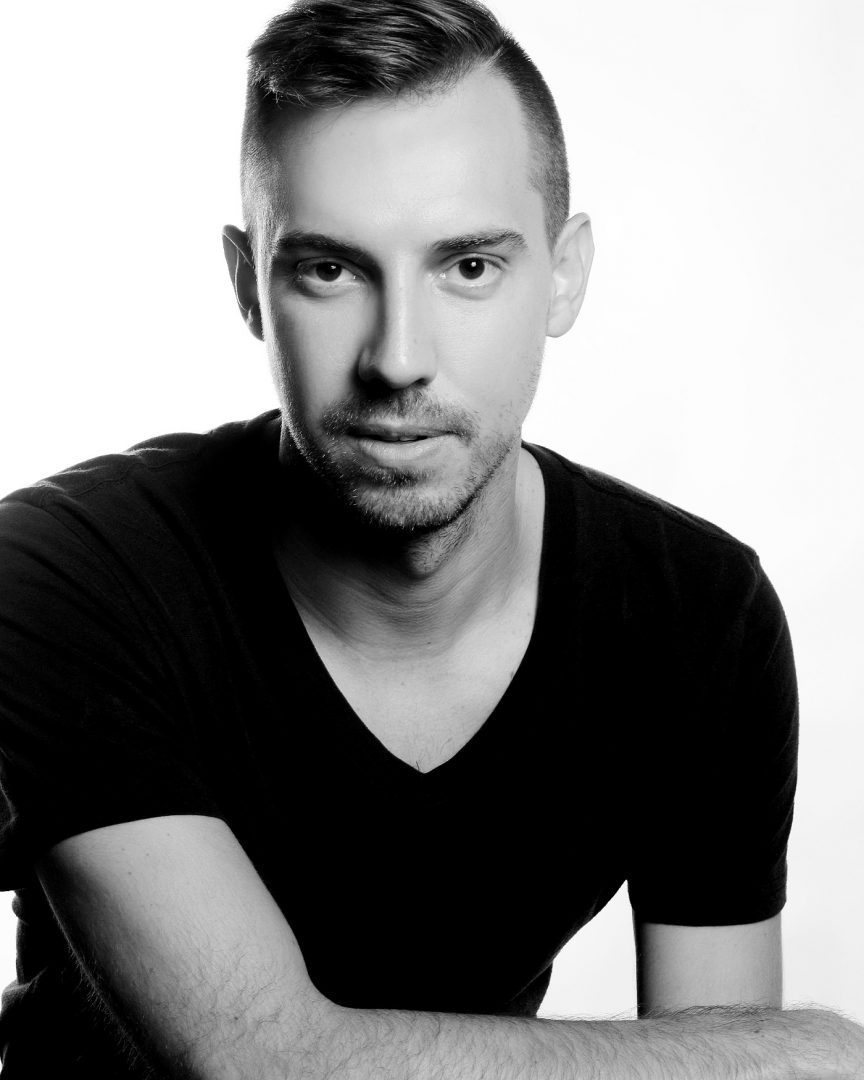 Choreographer Joshua Peugh on the Power of LGBTQ Literature

Choreographer Joshua Peugh on the Power of LGBTQ Literature 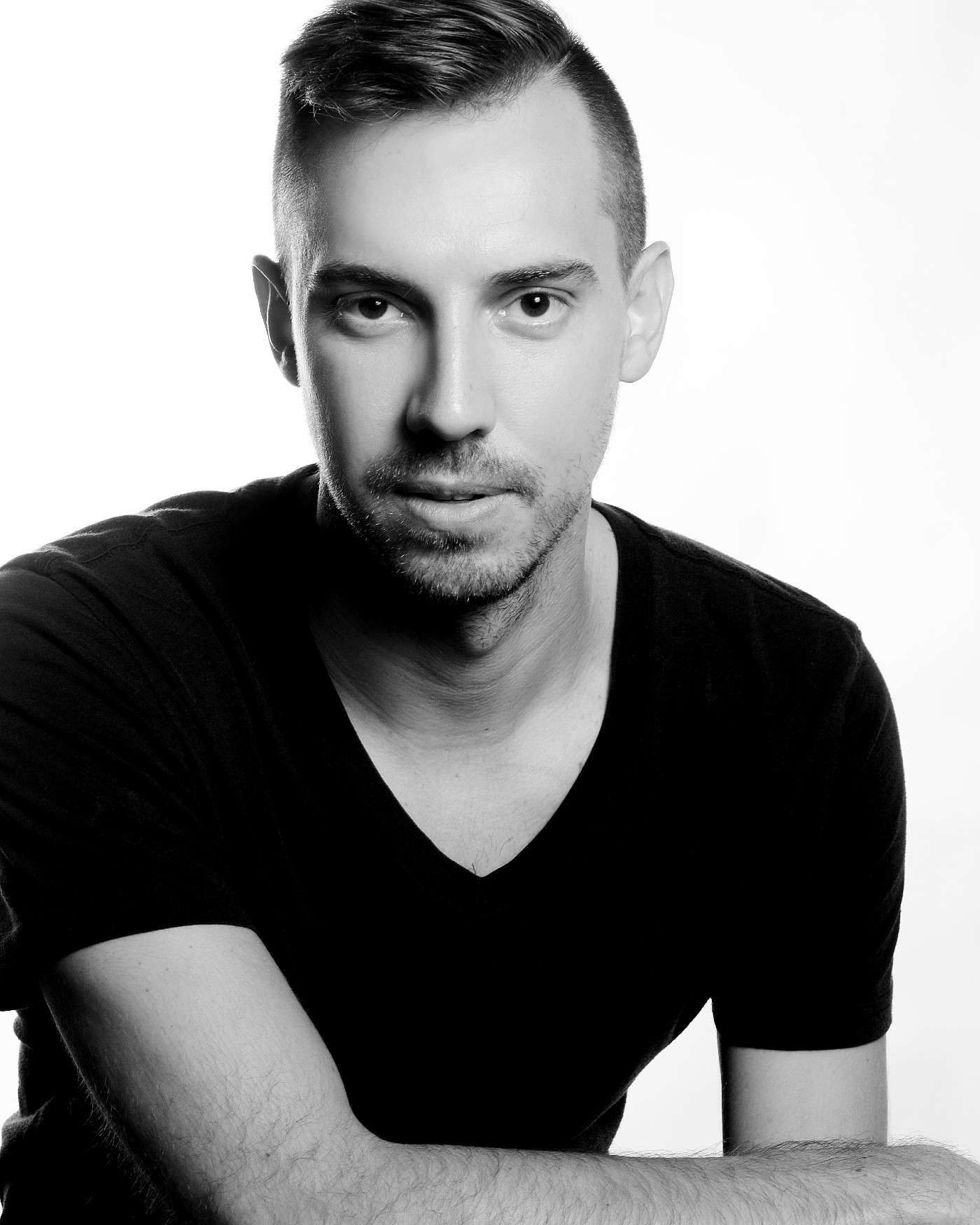 Literature is important. As a little boy born and raised in Las Cruces, New Mexico (a small, conservative desert town) I’d ride in a seat on the back of my dad’s bike to the library or the used book store where we would spend hours surrounded by stories of all kinds. At home, my parents read to my sister and I constantly. My dad still carries around a stack of books almost everywhere he goes.

When I was in high school, my dad (also born and raised in Las Cruces) got a job as a minister at the Church of Christ where my family worshiped every Sunday morning as well as Sunday and Wednesday nights. My mom was the school nurse at my elementary, then middle, and then high school. My grandpa owned the local transmission shop. We never went anywhere without people chitchatting with my parents.

Although I had been attracted to other boys for as long as I can remember, it never occurred to me that I was gay or that that could be part of my world until a friend came out to me on an All-State Choir trip. After that I had my first secret boyfriend. He and his family were also Christians and well known in the community. Guilt and shame played their roles as a mutual family friend of ours told our parents they thought something might be going on between him and me. We broke up. He became straight. I had a couple more secret boyfriends.

I attended Southern Methodist University as a Dance major. When I arrived, I quickly realized no one knew me or my family. I was just Joshua. I was able to be myself for the first time instead of my father’s son or my grandfather’s grandson. I saw in the course catalogue that there was a Gay and Lesbian literature course. Unfortunately, that course didn’t fit in my already overcrowded schedule, so I somehow got the reading list and dug in on my own. I read Giovanni’s Room, A Single Man, A Boy’s Own Story, Dancer from the Dance, and The Swimming-Pool Library, which eventually led me to A Visitation of Spirits, An Arrow’s Flight, and Corpus Christi. I didn’t have to hide my books anymore (or my Hedwig And the Angry Inch Original Cast Recording) and through those novels I started to see myself more clearly, my pain and confusion, my wants and desires reflected in a much more fully-realized, human way. Up until then, my options were Pedro on The Real World or Jack on Will & Grace (which I wasn’t allowed to watch but would sneak in to see sometimes over my mom’s shoulder).

At SMU I took all of the literature classes I could and eventually decided I might as well get two degrees. I took Gothic Literature, Victorian Literature, Chicano Literature, Children’s Literature. My professors were passionate and thoughtful. I loved dissecting the figurative language, excavating the truths and questions about humanity from the words the authors had so carefully chosen and the worlds they had imagined.

After graduation I took a job dancing for Universal Ballet a big, Russian-style classical ballet company in Seoul, South Korea. I spent the next six years dancing, teaching and choreographing, looking at the USA from abroad, and reading (mostly fiction) in coffee shop windows all over the city. I continued reading through the gay literary canon: The City and the Pillar, City of Night, Fun Home, Borrowed Time, but I also found Crystal Boys a moving Taiwanese novel written by Pai Hsien-yung that echoed some of the things I was experiencing firsthand as an out gay man living in Seoul where most of the gay community was hidden.

In 2010 my best friend Hyun Sang Cho and I bought a dance studio space in Seoul and began our own company Dark Circles Contemporary Dance so that we could make the work we wished we were seeing; work that reflected humanity in all its beautiful messiness. A few years later I returned to the US and founded a new branch of the company in Dallas.

One Sunday morning while I was walking through the tables of books at Barnes & Noble, I picked up a copy of The Arabian Nights. I had an idea to reimagine the iconic story of Aladdin based in the original text; until then, my version came exclusively from the Disney film I grew up watching. The variations in the original were fascinating. Most notable was the importance of Aladdin’s mother in the narrative.

My partner Chadi was born and raised in Lebanon but later moved to Texas with his mom and two older brothers. For years I had seen how his queerness affected his family, especially his mother. I knew he would dance the role of Aladdin in my new creation, but over the course of rehearsals I began to ask what if: what if Aladdin was gay?

At the same time, I found and devoured God in Pink by Hasan Namir, The Clothesline Swing by Ahmad Danny Ramadan, and Guapa by Saleem Haddad. These beautiful, beautiful stories deepened the new work further resulting in what I eventually created: Aladdin, حبيبي an immersive evening-length creation exploring the coming of age of a young, gay Middle Eastern man wrestling with desire, complicated family relationships, and social obligations.

Literature has completely saturated my life; it has enhanced my practice as a dance maker and as a theatre maker. My desire is always to stimulate and challenge my audiences and my collaborating artists alike. I want audiences to get lost in the fantasy on stage, but leave the theatre with questions about the depths of our humanness: how we connect, interact, and react with one another. I’m interested in “the human comedy”: why we do some of the curious things we do and what makes us act in contradictory ways. If a project isn’t directly connected to a work of literature, all of the things I’ve read or am reading enrich and inform the story I’m telling.

Literature has wrought everything from my personal growth to my personal aesthetics. The indispensable stories mentioned above—as well as those by Benjamin Alire Sáenz, Darnell L. Moore, Michael Nava and a million others—have courageously revealed parts of their writers’ inner landscapes and the imperfections of humanity, reframing questions instead of providing answers. They are fearless in honoring the small delicate things that allow us to experience our shared humanity. They give entertainment and escape; they give confidence and encouragement. They have shown me myself and educated me. As Armistead Maupin wrote somewhere, “I write to explain myself to myself. It’s a way of processing my disasters, sorting out the messiness of life to lend symmetry and meaning to it.” I couldn’t have said it better or agreed more.

Ellis Avery's Stonewall Fiction Award Acceptance Speech
Dancing with Audre Lorde: A Lesbian Memory
Personal Advice from Lucy Jane Bledsoe: Help! How do You Tell Someone They are Bad in Bed?

JOSHUA L. PEUGH is the Founder and Artistic Director of Dark Circles Contemporary Dance and Co-founder of Fair Assembly. A graduate of Southern Methodist University, he has created work for festivals in Asia, Europe, and North America, winning awards for his choreography in South Korea, Japan, Canada, and the USA. He was the recipient of the Grand Prize at the McCallum Theatre's 18th Annual Choreography Festival and was chosen as one of Dance Magazine's "25 to Watch." Joshua served as choreographer for legendary soprano Kathleen Battle’s concert Underground Railroad - A Spiritual Journey and was the 2018 recipient of the Natalie Skelton Award for Artistic Excellence. He has created over 40 new works for BalletX, Ballet Memphis, BODYTRAFFIC, Bruce Wood Dance Project, Company E, Dallas Black Dance Theatre, Dallas Theater Center, Dance Lab NY, DanceWorks Chicago, Eisenhower Dance, Korea National Contemporary Dance Company, MADCO, METdance, Tulsa Ballet, WaterTower Theatre, and Whim W'Him, among others.