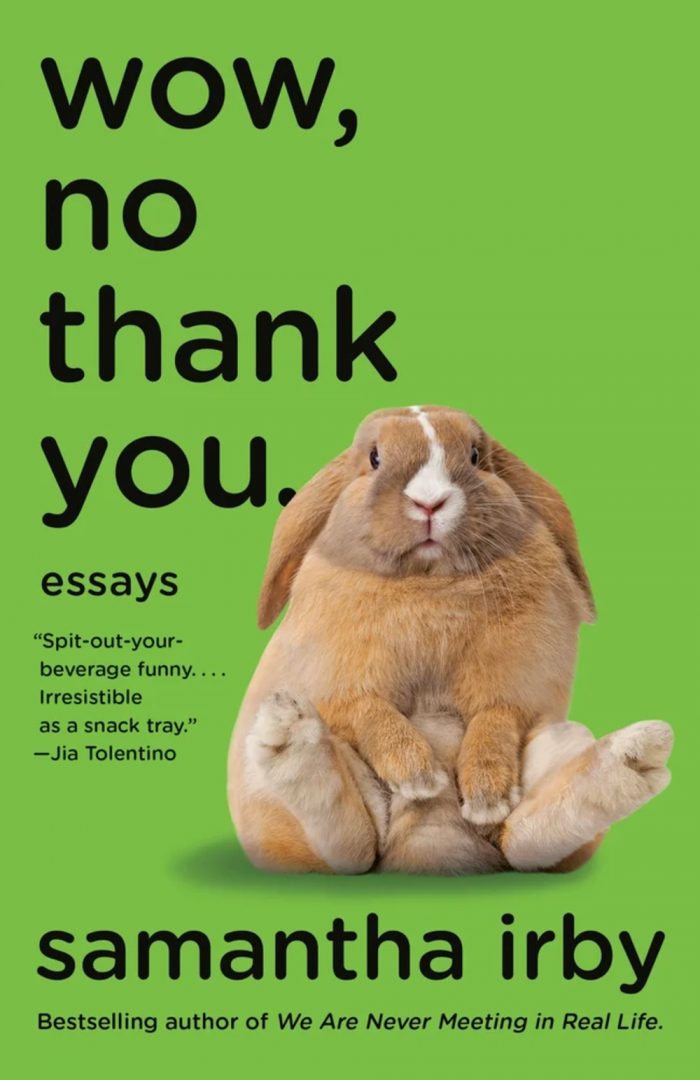 Reading Samantha Irby is Like Hanging with Your Funniest Friend

Reading Samantha Irby is Like Hanging with Your Funniest Friend 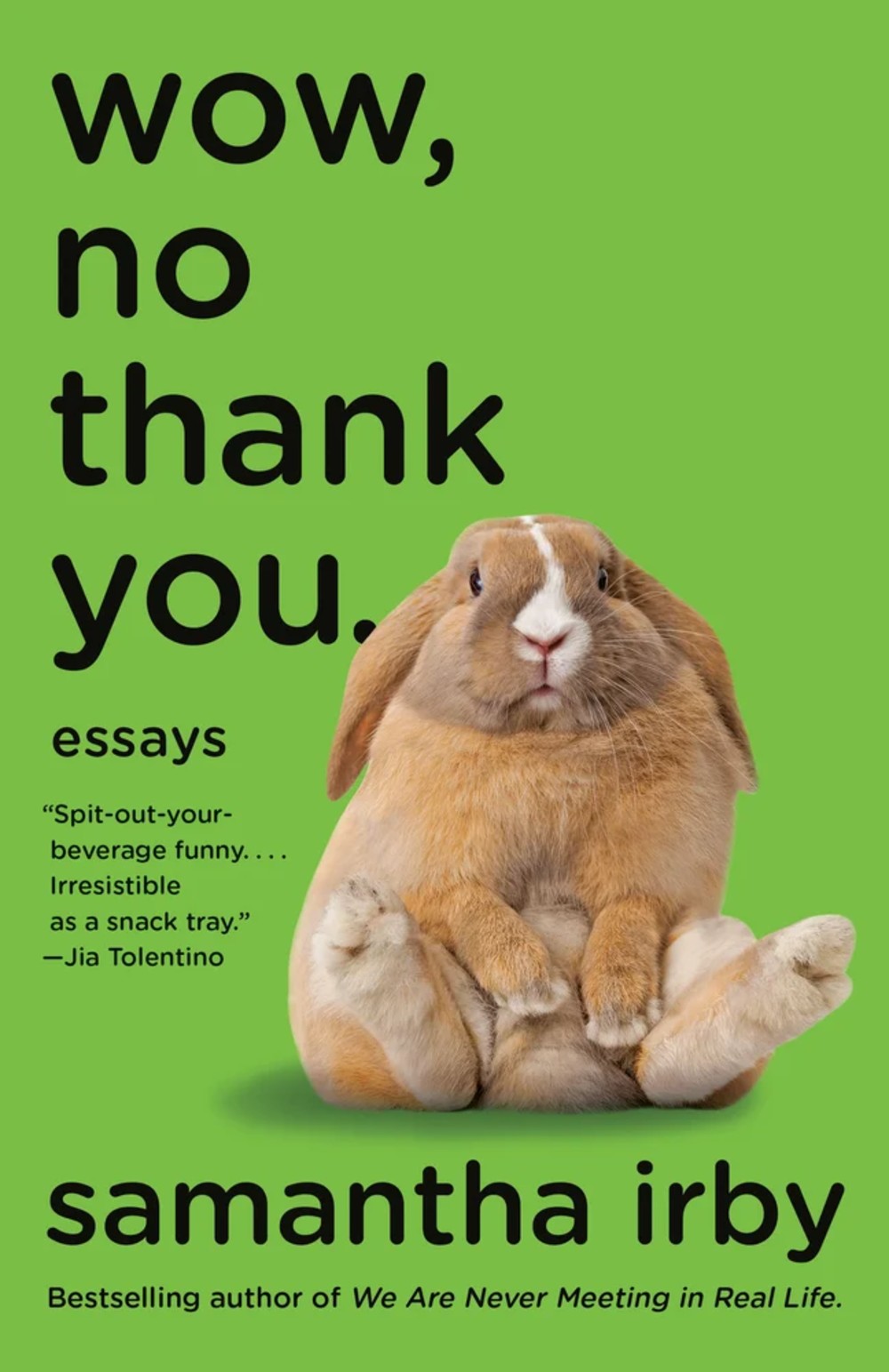 Haphazard and aimless as she claims to be, Samantha Irby’s Wow, No Thank You is purposefully hilarious, real, and full of medicine for living with our culture’s contradictory messages. From relationship advice she wasn’t asked for to surrendering her cell phone as dinner etiquette, Irby is wholly unpretentious as she opines about the unspoken expectations of adulting. Her essays poke holes and luxuriate in the weirdness of modern society.

Yes, she has consumed a million miles worth of internet about wellness remedies and aesthetics, and no she will not dress up or stop drinking soda like water. Irby wants to scroll Twitter during dinner and she knows you do too.

While her previously published collection, We are Never Meeting in Real Life, included self-deprecating humor about diarrhea, avoiding social events, family trauma, dating assholes, and working long hours at a veterinary office, the Irby of her third essay collection has “made it.” She has become so successful that she is mistaken for Roxane Gay, asks a server if he’s familiar with her work, and ignores emails from TV stars.

Fear not, the glamorous life still centers on bowel movements and reclusiveness, but also requires that Irby surrender independent city life for Michigan where she faces the chores of home ownership with her wife and wife’s two children whom Irby “detachment parents.”

If anyone whose life is being made into a television show could continue to keep it real for her blog reading fans, it’s Irby. She proves we can still trust her authenticity not just through her questionable taste in music and descriptions of incredibly bloody periods, but through her willingness to demystify what happens in any privileged room she finds herself in. To varying degrees, home ownership, Hollywood writer’s rooms, and even marriage may be inaccessible new elements of Irby’s world for readers who count on her to bring levity to their uncertain lives.

Instead of alienating her oldest pals, Irby lets us know that home ownership is baffling and troublesome, “what is that steam coming out of the side of the house that smells like laundry detergent,” and that she’d rather go to Target just to get her steps in than have sex. She gives readers a front row seat to the exact string of events that brought her first book, Meaty, and its television version-in-progress to reality. Irby defines professional lingo and describes the mundane details of exclusive industries in anecdotes that are not only entertaining but powerfully demystifying.

Irby’s closeness to financial and physical precariousness combined with her willingness to enter situations she feels unprepared for make us loyal to her—she again proves herself to be a trustworthy and admirable narrator who readers will hold fast to through anything at all.

While a handful of the eighteen essays such as “Lesbian Bed Death,” “A Guide to Simple Home Repairs,” and “Hello, 911?” break into a list or use repetitive structures that feel disjointed, even those stash snippets of honest insight and random LOLs.

Best of all, Irby’s life outlook is quarantine proof. She’ll remind you that parties are, “just a bunch of people standing around in sequined clothes scouring the room to make sure one another’s cuticles are pushed the fuck back,” and that restaurants contain racist guys, “named Brody and Kevin and Kyle, and they punch one another a lot and call things they don’t like ‘gay.’”

If I had it to do over again, I would take this book for what it is, not a book at all, but a daylong hangout with the friend you eat pizza in sweats with while they tell the funniest stories about non-events. Oh, and do it out loud. I “read” her previous essay collection as an audio-book voiced by Irby, and while she talked to me for hours I loved the patterns of her stories, the familiarity of her voice, and I didn’t miss out on a single laugh. So, pull on your favorite soft pants, crack open a “diet water,” and listen to Wow, No Thank You.

Molly Thornton is a multi-genre writer and writing coach. Her poetry and essays have appeared in The LA Times, They Said: a Black Lawrence Press anthology, The Seattle Globalist, Lavender Review, and more. She is a Lambda Literary Fellow and a 2020 City of West Hollywood Pride Poet. Molly coaches clients in creative writing and teaches online and at literary and community centers including Hugo House, Beyond Baroque, and the LA LGBT Center. You can find her at mollythorntonwrites.com