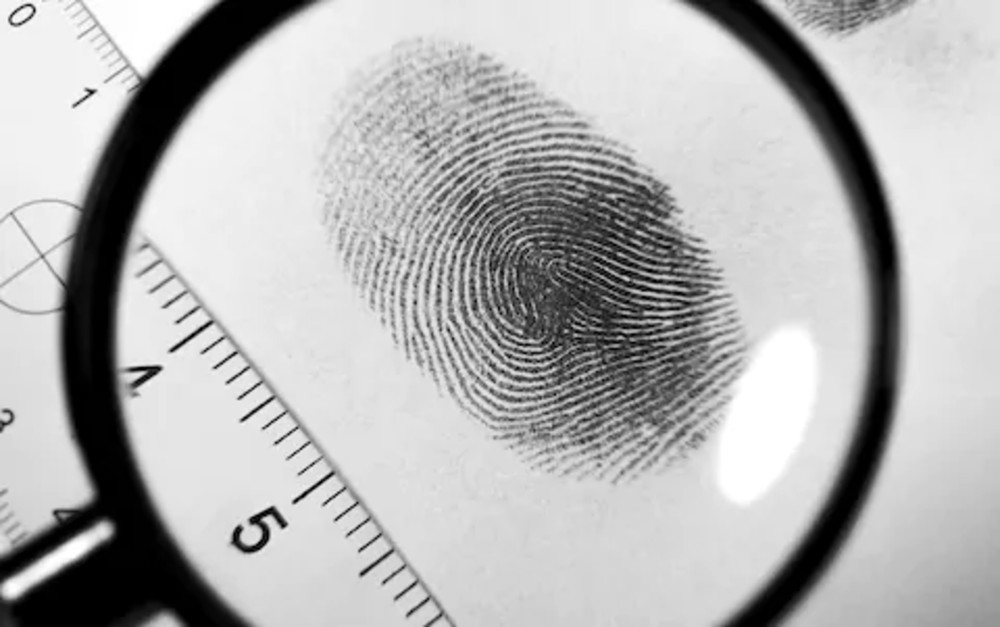 The following is excerpted from The Deadwood Murders (a Kendall Parker Mystery – Book 2), the new thriller by writer Jon Michaelsen.

With the gay community under siege, a reluctant detective must prowl Atlanta’s gay bars and late-night dance clubs as bait in hopes of luring the killer.

Detective Sergeant Kendall Parker spotted the two gentlemen when he stepped into Lieutenant Russell’s office. Both men stood over six-foot, one larger than the other in bulk, not an ounce of fat on these fellows. Each wore fitted charcoal pinstripe suits and starched white button-down shirts offset by conservative blue ties. The thinner of the two sported a shaved head, more to hide his balding crown than the current fashion trend, Parker surmised. A thin gold band rode the man’s left hand. The bulkier one stood closest to Parker. He had blonde hair, styled in a tight crewcut, and steel-blue eyes that softened and disarmed his otherwise imposing posture. Parker noted the man’s ring-less hand. His lover had died only eight months ago, and the fact he’d noticed the ring finger of the most attractive of the two mules took him by surprise.

“Gentleman.” Parker assessed the dark-suited strangers from the FBI’s Criminal Investigative Division out of Atlanta while shaking their hands. Delvecchio’s palm felt rough and waxy; Hales’ hand was smooth but firm. “I haven’t passed any bad checks that I know of. What’s this all about? You here on a recruiting expedition?”

Russell glared at his charge. “Knock it off, Parker. This ain’t no social call.”

Neither of the stiffs reacted to Parker’s attempted at humor. Russell pointed to a chair set against the wall. “Pull up a seat, Parker, and hear these men out.”

Making a show of his discontent, Parker dragged the leather armchair up to the desk adjacent to the lieutenant and the Feds. He glanced at the agents expectantly. “Nice weather we’re having,” Parker said.

Lieutenant Russell scowled then motioned for the men to sit before taking his seat. He motioned the men to start. Baldy opened the blue folder in his hands and began paraphrasing the facts within. “Three days ago, a male, age thirty-four, 6’2″, a Caucasian married father of two from Memphis, Tennessee was discovered beneath the bed in a downtown Atlanta hotel. The victim was gagged and bound, asphyxiated with a nylon cord believed cut from the drapes. Autopsy revealed ligature marks on the wrists and ankles. Incised wounds inflicted on the victim’s torso, face, and legs were pre-and post-mortem.” He flipped a couple of pages forward without modifying his dull expression. “Hotel Regency located at 254 Cortland Street.” He returned to the original page in the folder. “The man was in town attending a convention booked in the hotel. A security guard discovered the body after being alerted the guest hadn’t arrived for scheduled meetings. APD Evidence Response Team dispatched to the scene found no evidence of forced entry or any sign of struggle.” He glanced up at Parker with an intense expression in his eyes. “No witnesses to the assault. Nearby guests in the hotel reported hearing nothing unusual; no perpetrator identified.”

Special Agent Delvecchio cleared his throat and continued forth in a monotone. “Two weeks ago, the body of a male, age thirty, 6’1”, Caucasian, one hundred and seventy pounds, was discovered behind a facility’s bathroom in a park off Interstate 20. Again, no signs of a struggle. Autopsy identified death caused by ligature strangulation. The victim suffered repeated trauma to the head,” —he flipped a page— “possibly injuries from a ‘slap-jack,’ or some similar type object. Lacerations to the left side of the head above the ear resulted in significant external bleeding. ME ruled the death a homicide. Pool of blood located near the body indicates the victim died in the same location.”

Having no idea where this was leading, Parker had little choice but to afford his full attention to the man droning on. He readjusted himself in his chair and continued to listen.

Delvecchio’s cheeks glowed red as he read. The bluish jugular vein the side of his throat bulged grotesquely. “Last month, a Georgia Department of Transportation mowing crew discovered the body of a Caucasian male in the woods near Interstate 75 outside of Tifton, Georgia. Coroner’s report recorded the victim’s age at thirty-five, height 6’1”, weight one-hundred-eighty-five pounds. Cause of death asphyxia by ligature compression. Several shallow incised wounds noted to the face and upper torso. Penis and scrotum excised antemortem. All wounds suggested torture before death. Instrument used to inflict incised wounds and removal of the privates is unconfirmed at this time.”

“Emasculated before death?” Parker’s thighs twitched. “I’m sorry, I don’t mean to be insensitive, but why does any of this require my presence here today?”

Special Agent Hales spoke for the first time. “Four more victims died similarly, one each in Macon and Valdosta, Georgia and the other two in Florida, Jacksonville, and Orlando. There may be more we have not connected to the same perpetrator yet. These killings happened within the last six months. Victims were male, Caucasian, 6’0” to 6’4”, between twenty-five and thirty-five. All tortured, sodomized, and mutilated to some extent. Most known or suspected homosexuals, or the very least, witnessed frequenting businesses that cater to the community.”

“What the hell?” Parker shot up from his seat. “Is this a sick attempt to get me to resign?” He reached the door in two strides. “You’ll hear from my rep before you even make it back to your field office.”

“Sit down, Sergeant Parker,” the lieutenant boomed. “You are not leaving here. And you’re also not contacting the IBPO. The reason you are here is about to become clear.”

Parker searched the faces of the agents staring at him. He returned to his seat. The two men finished tag-teaming their known facts of the murders in question, and ended with an invitation for Parker to assist in the investigation.

Hales, the more muscular of the two agents, said, “So, what do you say?”

“Hear them out, sergeant,” Lieutenant Russell said, his eyes boring into Parker.

“On the contrary,” Special Agent Delvecchio said. “I can assure you, detective, we are serious. My team is forming a Special Task Force focused on these and similar murders which have occurred in the last eight months or so, maybe longer.” He smiled, displaying a set of crooked, nicotine-stained teeth.

“My apologies, Sergeant.” Delvecchio continued. “We’ve tapped members of the Florida Bureau of State Investigations, APD, and GBI to assist in tracking the serial offender we suspect is working in large metropolitan areas of the southeast. Evidence recovered from the murders, including similarities, suggests the work of one perpetrator.” Delvecchio evened his tone and curled his lip at Parker. “A violent offender has come to your town, sir. It’s just a matter of time before more bodies start popping up. We’re asking for your help to catch the UNSUB, or unknown subject.”

“You want me to join the task force?” Parker suppressed his stunned expression, glancing between the two men warily.

Delvecchio appeared increasingly uncomfortable, squirming like a child forced to hold his bladder. His eyes flitted around the room before finally returning to Parker. “In a manner of speaking.”

“And what manner might that be?” The heat kicked up a notch beneath Parker’s shirt. “How does my involvement help you any differently than others from this squad? I’ve been on leave since my last case, sir. Surely, you can find someone else.” Parker pushed up from his chair. “So, if you’ll excuse me, I’ll be on my way.”

Special Agent Hales shot to his feet, his commanding baritone tone slicing through the blanket of tension in the air. “Sergeant Parker, if you please. Hear us out before you make a decision.”

Parker hesitated, despite his better judgment, but the young agent impressed him enough to give him pause, finding the agent’s plea tough to ignore. Retaking his seat, Parker folded his hands on his lap.

Hales stared at Parker. “Victim number four was the grandson of a well-known public official.”

Parker blanched. “Seriously? Nobody has the kind of clout needed to keep this shit out of the headlines.” Parker started, but the expressions of the agent’s faces bore warning to tread carefully.

Hales tilted his head in a self-conscious gesture, making him all the more attractive. Parker found it hard to peel his eyes away.

“Need to know at this point,” said Delvecchio. “The official ordered as much, and he can be quite persuasive.” The Feds glanced at each other as if contemplating how much to reveal. Delvecchio continued. “The official has kept his family’s tragedy out of the news thus far, so he’s capable of just about anything. The man has connections inside of connections. He’s not someone you’re going to want to piss off.”

Hales leveled his eyes at Parker. “Sir, you may not realize this, but you offer unique expertise to our investigation, a perspective lacking within our unit. The perpetrator has proven he’s smart and cunning—a disciplined killer. Victims were similar in type: white males, tall—six-foot or more—well-built, aged twenty-five to thirty-nine. All clean-cut, accomplished, and somewhat affluent.”

“What convinces you these deaths are connected? Homicides often have similar characteristics, even across state lines. What are you not telling me?”

The agents glanced at each other again before Hales said, “The UNSUB leaves a distinct piece of evidence with his victims. A signature of sorts. All had a piece of deadwood lodged in their throats.”

Parker winced unconsciously and contemplated this oddity. “What’s the significance?”

“We don’t know yet.” Hales played his hands out, palms up.

“Ransom? Any calls for a payoff, demand for money?”

“Not a single ransom request received by family members or local law enforcement agencies for any of the victims.”

Parker chewed the inside of his cheek, mulling over the details. He refused to let these goons think he wasn’t sharp enough to catch the reason for his recruitment, which they expected him to realize. Glancing away, he cycled through all of the facts again before turning back.

“You think I fit the killer’s type.”

“Bingo.” Delvecchio snapped, clasping his hands together with a big smile.

Parker shot his eyes toward Lieutenant Russell. “Is this a joke?”

“It’s no joke.” Agent Hales said. “We need you with us, sergeant. We’ve got to get ahead of this psycho, or he’ll keep on killing.”

The agent had moved into Parker’s personal space, no doubt aiming for a more reassuring stance in his bid to gain Parker’s confidence, but Parker wasn’t buying the charade. He wanted nothing more than to get the hell out of there and back to sanding his floors.

Hales clasped his hands together and cleared his throat. He looked at Parker expectantly. “You may be the only person able to help us catch this guy before he kills again. “Before he has a chance to select his next victim.”

“Then, you must not think he chooses his victims at random,” Parker said.

“No, but we know the UNSUB is targeting upper-middle-class victims. Don’t know the reason since there’s been no ransom demand thus far.”

“Let me see if I understand what you’re proposing,” Parker began, leaning back in his chair. “You want to offer me up as bait, right? Lure this psycho out, to make a move on me so you can make the arrest.”

“That would be the point, yeah.” Agent Delvecchio spoke in a matter of fact tone, dry and dull, and devoid of concern.

Agent Hales’ bright eyes bored into Parker’s own and sparked a fire in his belly, which caught him by surprise.

“To put it bluntly, yes. Plus, you’re a big mother fucker.” Hales curled his lip, offered a wide grin. “You can take care of yourself.”

“Size didn’t seem to help the others,” Parker said.