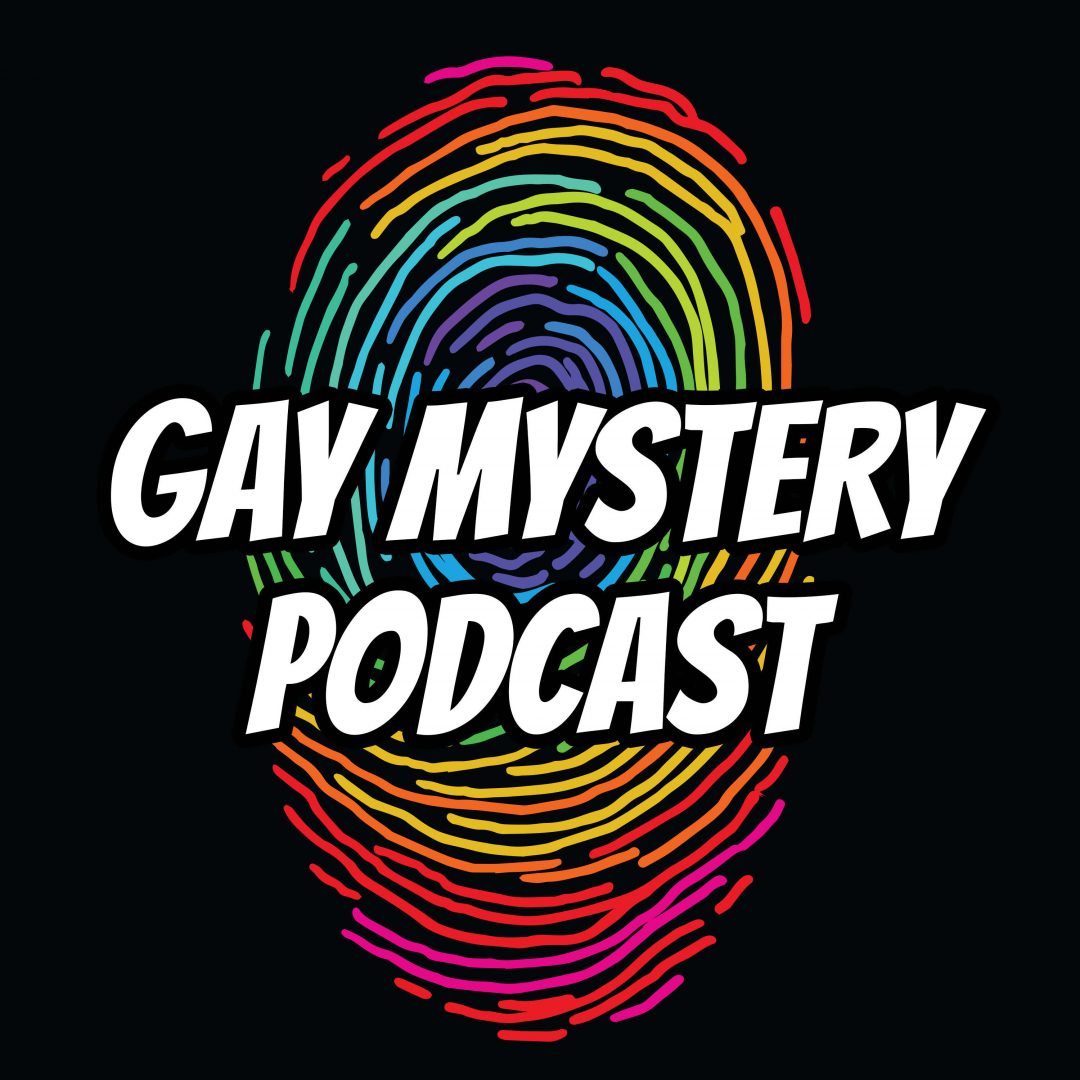 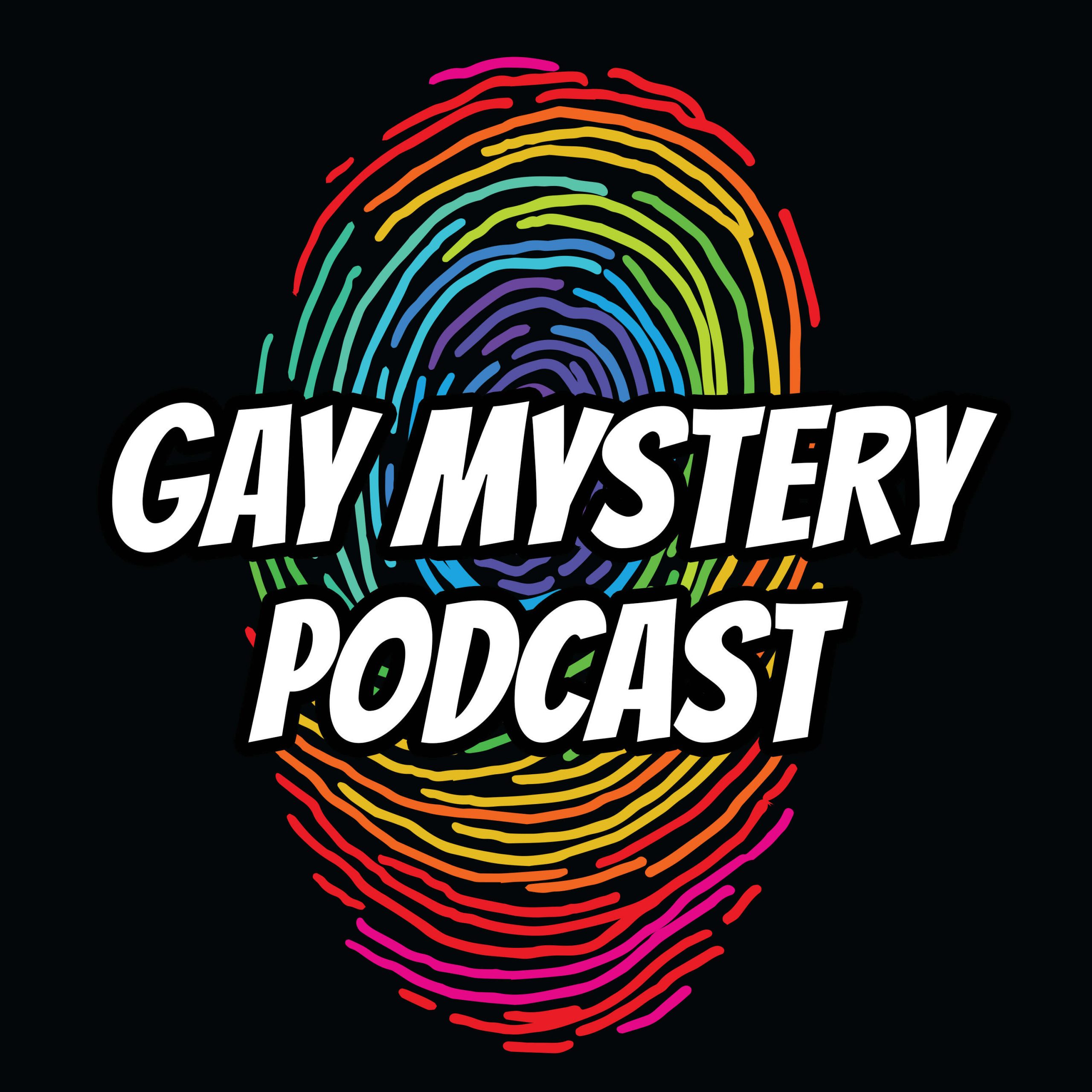 Being a huge podcast fan, I’ve been thrilled to discover three podcasts recently that, in different ways, explore queer voices in crime fiction. It’s a wonderful medium for learning about authors’ processes and inspirations, for receiving recommendations, and for wrestling with issues that face this unique—and ever expanding—sub-genre. I reached out to these hosts, posed a few questions, and to celebrate Pride, I hope to amplify the great work they’re doing and entice you to check them out.

As a young man, Brad Shreve, author of P.I. Mitch O’Reilly series, scanned the Gay and Lesbian sections of large chain bookstores, discovering little in the way of genre fiction. Eventually, he stumbled on Murder at Pride Lodge by Mark McNease, which had a central gay detective character, but was neither romance nor thinly veiled erotica. After digging deeper, he began to uncover more books in a similar vein. This discovery inspired him to write his first novel and to begin Gay Mystery Podcast. In the show, he interviews authors writing mystery, suspense, and thriller novels with LGBTQ main characters, and his co-host and prolific mystery reader, Justene Adamec, offers her reviews, all to broadcast awareness about the rich variety of the sub-genre.

When he started the show, he included some male/male romance authors who don’t identify as LGBTQ. Some listeners found this decision controversial, but it was strategic. Many of these straight writers have large followings. He wanted to hook them as regular listeners and expose them to the authors who do identify as LGBTQ. Interest in the show continues to build, and he’s always working to streamline the production, tailoring it to thirty minutes and keeping it focused on almost exclusively LGBTQ authors. Most of all, though, he wants to increase the diversity of his coverage with more lesbian and transgender authors. He emphasizes that he only covers fiction where the crime in the central focus, not a romance or a series of erotic encounters. If you would like to be guest on the show or have your book reviewed, reach out to him at info@gaymysterypodcast.com.

Crime writers Layne Fargo (Temper), Wendy Heard (The Kill Club), and Kristen Lepionka (Once You Go This Far) bonded over their mutual frustration with the way women were being portrayed at times in crime fiction and other media, which inspired them to create Unlikeable Female Characters. Through discussion and light banter, the podcast interrogates the inherent misogyny of requiring female main characters to be “likable” in order to be considered palatable, a double standard that consumers rarely require of male characters. Although they use “unlikeable” as a tongue-in-cheek term of endearment for characters they identify with, they are also interested in examining their gut reactions to female characters they dislike: To what degree has an aversion to certain types of female archetypes—the bad mother, the mean girl—been culturally conditioned in all of us? Each of these writers identify as bi and write queer characters, so queerness works its way into their discussions: Does queerness, in the eyes of some writers and readers, tarnish a character’s likability? To what degree is likability bound up in straightness?

Within the group, perspectives vary, which adds to its rich dynamic. Fargo identifies herself as “I’m the unapologetic fangirl … I just adore bitchy, nasty, awful female characters! I cheer them on!” Heard explains that being the only mother in the group gives her a unique perspective: “I don’t define myself as a mom first; I’m a human person with agency and am not defined by the roles I play in others’ lives. That said, being a mom has changed me a lot.” Lepionka writes mystery series with a bi woman P.I. whose chief motive unsurprisingly is seeking justice. “My protagonist, Roxane Weary, isn’t necessarily bitchy, nasty, and awful,” she remarks, “but she’s still considered unlikeable by the bad people she encounters … my perspective reflects that.”

Woven through their interviews with crime writers and their analyses of archetypal unlikable female characters, they vent about how straight white male writers often represent women and queer characters. A reoccurring flaw, Fargo notes, is when these types of characters are “treated as plot devices rather than full humans with their own agendas.” Heard doesn’t like when “their characters aren’t fully unpacked. I love women characters who are given all the complexity of traditional male characters.” Lepionka adds that “ [In] crime fiction written by straight people, queer characters are so often written as caricatures or stereotypes, and queerness is treated, like Layne said, as a plot device—a bi character whose bisexuality is used as a lazy, harmful shorthand for ‘untrustworthiness’ for example.”

Alan Warren was producing a radio show when he seized the opportunity to interview the woman who was Lee Harvey Oswald’s girlfriend when he shot Kennedy. The interview was a success, and a Phoenix radio station asked him to do a once-a-week crime show in 2012, which he called House of Mystery Radio Show invoking the mystery shows he listened to growing up. Remarkably, he accomplished this after overcoming the challenges of autism and learning how to come out of his mind to write and talk on the radio.

House of Mystery airs five days a week now and covers true crime and crime fiction. It aims to bring out the writer’s process for the listener, weaving the details about the author’s book through a conversation. He also has a group of co-hosts he draws on, including me, who add further texture to the dialogue. The LGBTQ focus has been a recent addition. For many years, true crime has been the show’s main focus. After all, Warren has authored sixteen true crime books, including the Doomsday Cults series. “While doing the research and dealing with police, courts, prisons, murderers, and victims’ families,” Warren remarks, “I had to wear a straight mask in order to get access and information from law enforcement, as it’s still a very straight area.” One of the challenges of doing the radio show, he adds, is the “divisive nature in American society” today. “There’s a real … you’re-either-with-me-or-against-me attitude, and in the crime world, it’s still very conservative and religious.” Now that he’s an established host and author, he wants to help promote other gay authors in the mainstream and make their presence more pervasive.

You can find all these shows on your favorite podcatcher, and you can also tune in to House of Mystery Radio Show at 9:00 PM PST.