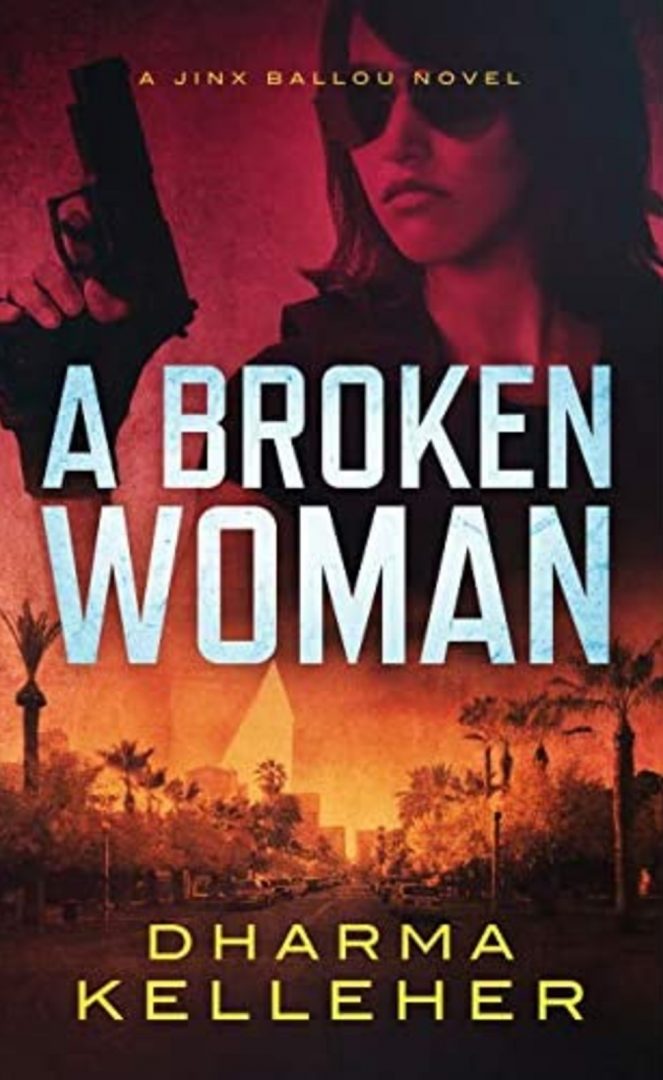 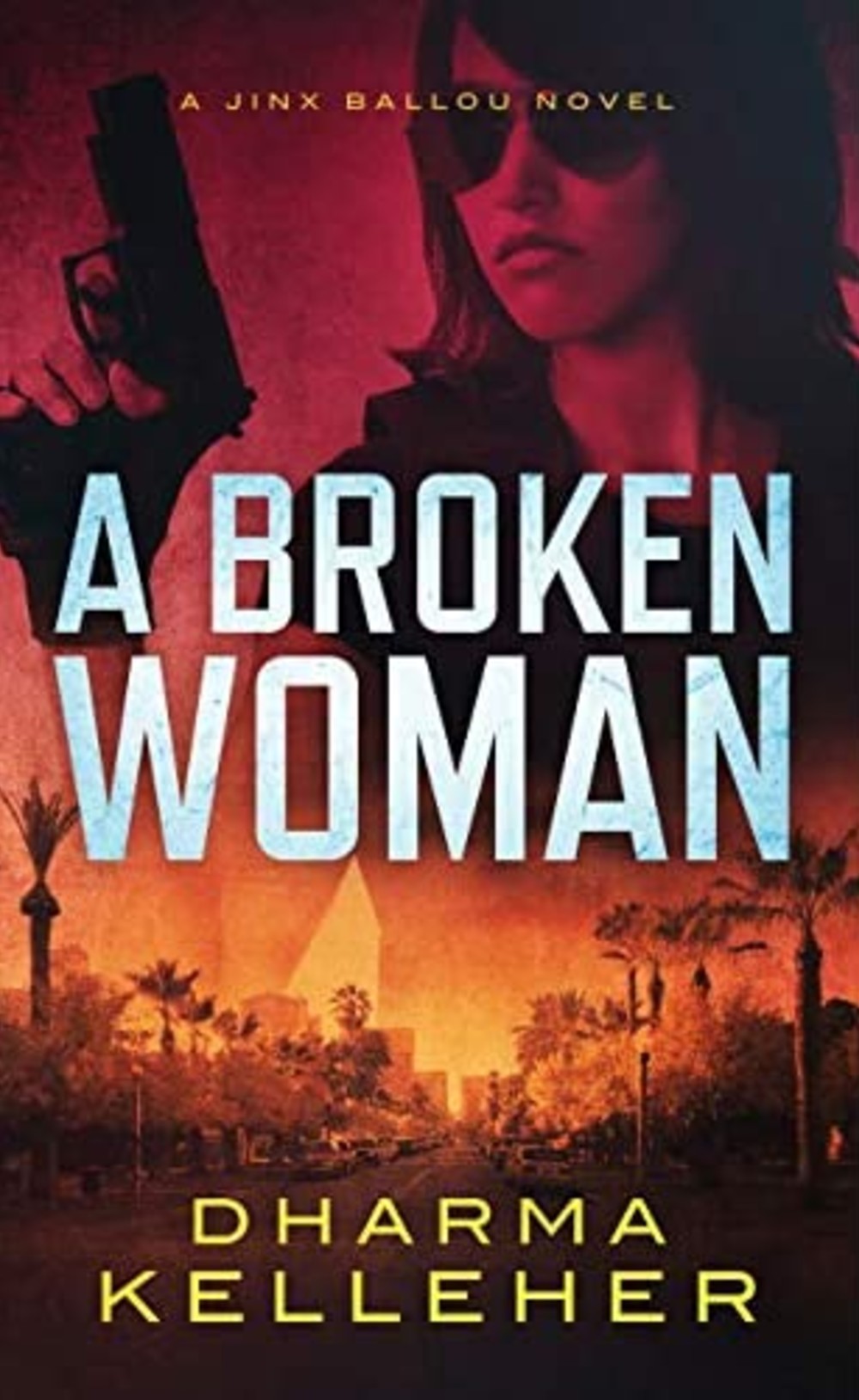 Dharma Kelleher’s new novel, A Broken Woman, continues the story of Jinx Ballou, a tough, smart and sometimes self-destructive bounty hunter who also happens to be a trans woman. In the novel’s opening pages, Jinx, armed with a bottle of Cuervo Gold, sets out a honey trap to catch a bail jumper but her scheme goes badly awry when the jumper accidentally jumps to his death. Fired by bail bonds-woman who hired her, Jinx finds herself unemployable and in a downward, alcoholic spiral. Then she’s offered a job to bring in a woman charged with murdering a Fred Phelps-like “Christian” preacher named Brother James who advocates, among other things, “for queer people to be put to death.” As it happens, Zia Pearson, the woman on the lam is also trans and Black. Jinx’s best friend, Becca, persuades a reluctant Jinx to accept the job reasoning that, if she doesn’t, the bounty hunter who eventually does “won’t be as understanding as you.”

Partnered with Byrd, a mellow, church-going African-American, Jinx sets out to find Zia before her bail is forfeited. Jinx suspects Zia is being harbored by Shea Stevens, who put up the collateral for the bond. Stevens, an ex-con, is the leader of Athena Sisterhood Motorcycle Club to which Zia belongs. Initially, Jinx gets hostile reception from Stevens who calls her a “pawn for the prison industrial complex.” Eventually Shea and Jinx strike a deal: Zia will turn herself in if Jinx proves Zia is innocent. The rest of the novel follows Jinx as she uncovers the mystery of who really killed Brother James, a fast-paced and sometimes literally explosive search.

A Broken Woman starts out like a blues song that switches to heavy metal. It’s loud, fast and there’s a lot going on, but Kelleher remains in complete control of plot and characters. The novel effectively conveys the strip mall wasteland of Phoenix, where the novel is set. In a sense, A Broken Woman is classic noir, complete with a brooding, tough-talking, morally ambivalent protagonist, shifting allegiances and unexpected plots twists. In another way, it’s completely of the moment. Jinx Ballou’s America is a Trumpian nightmare, where the white hats are queer people, women, and people of color and black hats are self-anointed “Christians,” brutal cops and a bigoted criminal justice system. Kelleher doesn’t labor the points–she doesn’t have to, what she describes is simply the reality of our society.

She also avoids making her trans characters into victims. Jinx may be a mess, but it’s not because she’s trans. She makes the point repeatedly that her transition was facilitated by a loving, supportive family and friends. While Zia Pearson is being victimized by the false accusations against her, she’s not a victim either: she’s a tough activist.

At the same time, Kelleher does remind us of the kind of bigotry trans-people face. She doesn’t do this didactically, but by incorporating transphobia into the plot. The reason Zia jumps bail in the first place is because her jailers housed her in the men’s jail. That, sadly, is not fiction. Just last August, the ACLU filed a lawsuit on behalf of a transwoman, a military veteran no less, who was sent to a men’s jail where she endured verbal and physical harassment and was denied her doctor-prescribed hormone therapy. And where did this happen? Not in red state Arizona, but blue New York.

Queer crime fiction writers have often woven the actual situation of queer people into their stories, giving them a moral heft and depth that sets them apart from run-of-the-mill mysteries. Gay and lesbian crime writers like Joseph Hansen and Katherine V. Forrest pioneered this subversion of the genre. Now Dharma Kelleher and her fellow writer, Renee James (whose three novels feature a Chicago trans woman named Bobbi Logan) are continuing this tradition with trans protagonists. It’s an exciting development in our literature.

'Travels with Casey' by Benoit Denizet-Lewis
‘Said and Done’ by James Morrison
‘Francis Bacon in Your Blood: A Memoir’ by Michael Peppiatt

Michael Nava is the author 'Carved in Bone', the most recent novel in the Henry Rios crime fiction novels