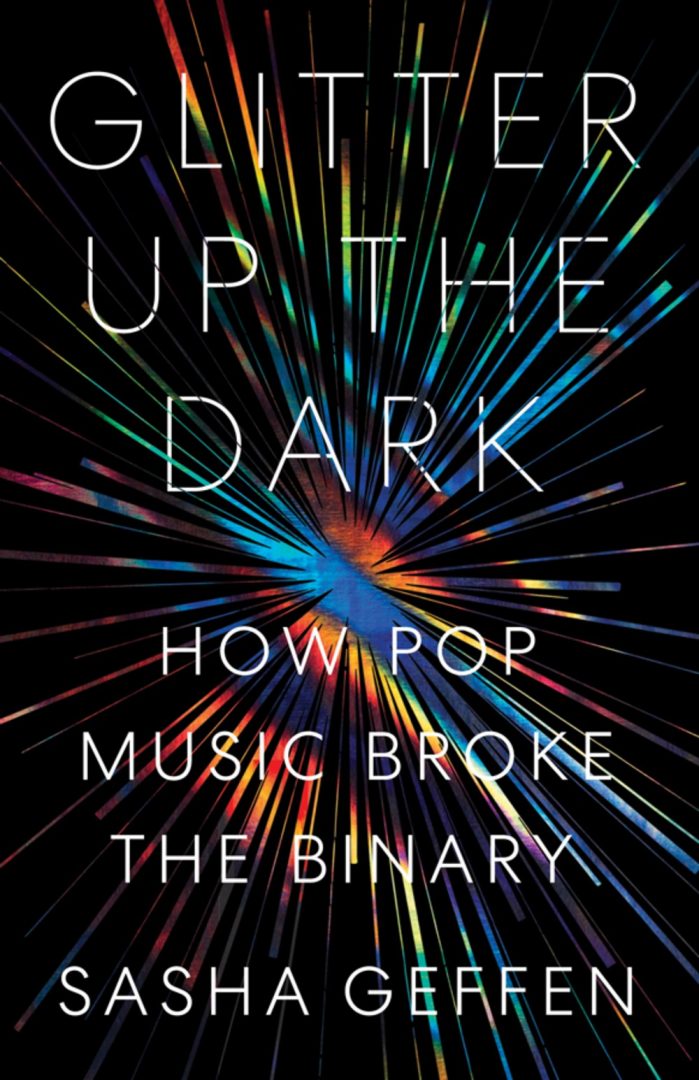 Glitter Up the Dark Maps the Queer in Pop

Glitter Up the Dark Maps the Queer in Pop 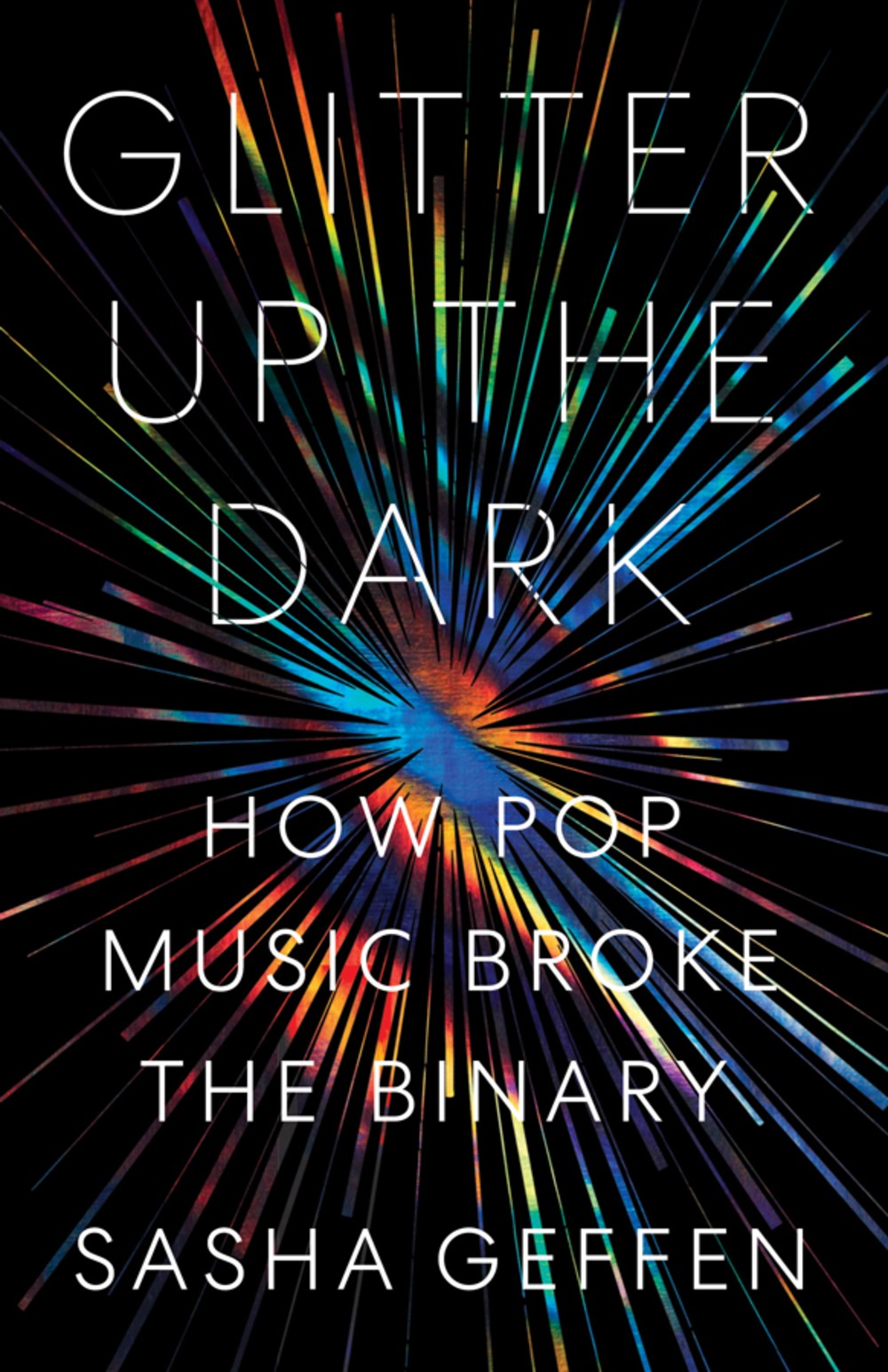 Glitter Up the Dark, Sasha Geffen’s ambitious first book, presses the case that music invites the listener to identify across genders, and in effect dismantles binary strictures. Exploring how music “broke the binary”—reconceptualizing gender and its performance as operating on a scale, as notes—they find fertile ground in postwar pop and some antecedent case studies. Geffen wisely relies on Angela Davis’ analysis Blues Pioneers and Black Feminism, which underscores the innovations of queer Black women artists such as Ma Rainey and Big Mama Thornton.

Over a dozen chapters, Geffen unwinds the currents of sexism, racism, and heteronormativity in the music industry, and brings the receipts when it comes to acts of appropriation. Geffen calls out two of pop’s revered icons as “thieves” for uncredited lifting of the tropes and affects of Black artists, while also tracing patterns of marketable performers repurposing the content of marginalized artists, putatively in service to their liberation. Geffen also tracks how technology advanced the project of amplifying queer longing

Much of chapter on glam rock is devoted to David Bowie. With Ziggy Stardust and his other incarnations, Bowie represents “…one of the most spectacular rejections of gender conventions in pop history.” Geffen tallies his debt to transgender performer Jayne (formerly Wayne) County in the project of driving “…a new vision of androgyny into mainstream culture.” Notably, his 1971 hit “Oh! You Pretty Things” speaks directly to queer youth, the “flamboyant octave leap” in the chorus a nod to queer icon Judy Garland’s performance of “Somewhere over the Rainbow.”

The discussion of the Afro-futurist band LaBelle centers queer bandmate Nona Hendryx as the engine behind its glammed-up funk sound. Their breakout “Lady Marmalade” mainstreamed a celebration of outlaw sexuality, that of a Black sex worker. While blasting away the edges of girl-group formulae, LaBelle broke racial barriers as the first Black vocal group on the cover of Rolling Stone.

The chapter on punk focuses on two gender disrupters, Iggy Pop and Patti Smith. Pop “exploited femininity’s markers to call attention to the brittleness of American manhood.” His vocals for the Velvet Underground telegraph self-loathing and abjection—the underbelly of queerness—while celebrating transgender muse Holly Woodlawn (“Take a Walk on the Wild Side”). Smith, a student of Pop’s vocal style, developed her own poetic, a gender-transgressive, punk growl.

The chapter on electronica is largely devoted to composer Wendy Carlos, whose Switched-On Bach (1968) presented the Baroque composer’s works performed on a Moog. An unlikely hit, the record popularized synthesizer sound and won Grammys; Carlos used the windfall to finance her gender transition. She went on to compose influential film scores (A Clockwork Orange, Tron). The chapter also indulges in some worship of queer icon Cher, whose late-career hit Believe made innovative use of auto-tune.

Prince gets his own chapter; his phenomenal career was marked from start to finish by a “totalizing androgyny.” Geffen describes his eroticization of women as “Sapphic,” a gaze of mutuality and empowerment, not objectification. While his lyrics telegraph his Sapphic androgyny plainly, Geffen characterizes his vocals as a fusion of female strain and male grain, the voice of a third gender that even had its own symbol

The chapter on disco is the queer heart of the project. Often maligned, disco carried a message of queer liberation, a vision of “love beyond the body, beyond sex, beyond gender and time and power.” Geffen assesses the divas (Donna Summer, Sylvester, Gloria Gaynor) whose vocals embodied the longings and passions felt by their gay following. House music godfather Frankie Knuckles’ journey from New York’s legendary “churches” (purpose-built discotheques with immersive sound systems) to facing down bias and redefining an industry is a narrative of queer resilience.

The final chapter tracks the dissolution of genre constraints in the Internet age, and indexes queer representation in pop music. It’s surprising a work that centers non-binary performers would omit the extravagant queer flame of Jobriath, and Mercury prize winner (as Antony, lead singer of Antony and the Johnsons) Ahnoni. Also left unexamined are the gender provocations of the New York Dolls and Madonna, the latter as much for her gender subverting presentation as her appropriation of ballroom culture. That said, with Geffen’s boundless love for music, deep listening skills, and expansive knowledge, they have queered the map of pop in language as accessible as a yellow brick road. Although one might consider how pop simultaneously enforces the binary, Geffen makes an affirmative case that “music shelters gender rebellion.”

'Moonman: New and Selected Poems' by Clifton Snider
‘The Daylight Gate’ by Jeanette Winterson
'Call Me By My Other Name' by Valerie Wetlaufer

Dale Corvino’s short fiction and nonfiction have appeared in various journals and anthologies, including online at the Rumpus and Salon. He received the 2015 Christopher Hewitt Award for Fiction, and won the 2018 Gertrude Press Fiction Chapbook contest. Worker Names was published in 2019. His chapter of sex worker representation in graphic novels appears in the upcoming second volume of Male Sex Work & Society from Harrington Park Press. Recently, he reflected on the massive popular uprising in Chile and the legacy of queer writer Pedro Lemebel for the Gay & Lesbian Review. He lives in Hells Kitchen.