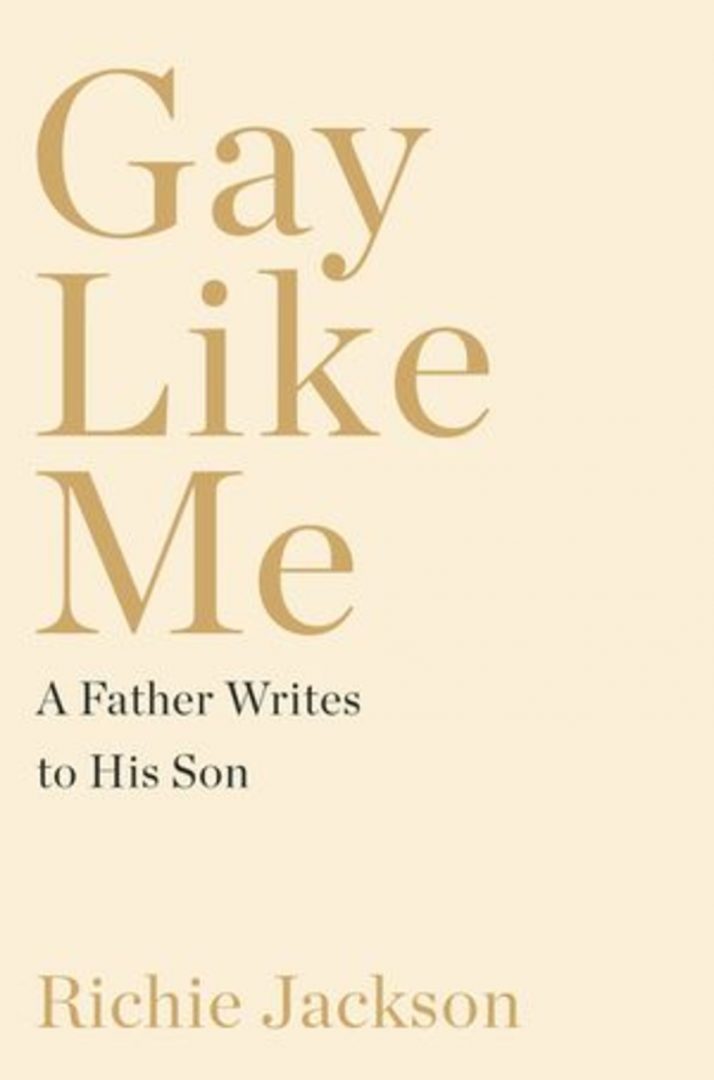 For Gay Parents, the Familial and the Political are Inextricably Linked

For Gay Parents, the Familial and the Political are Inextricably Linked 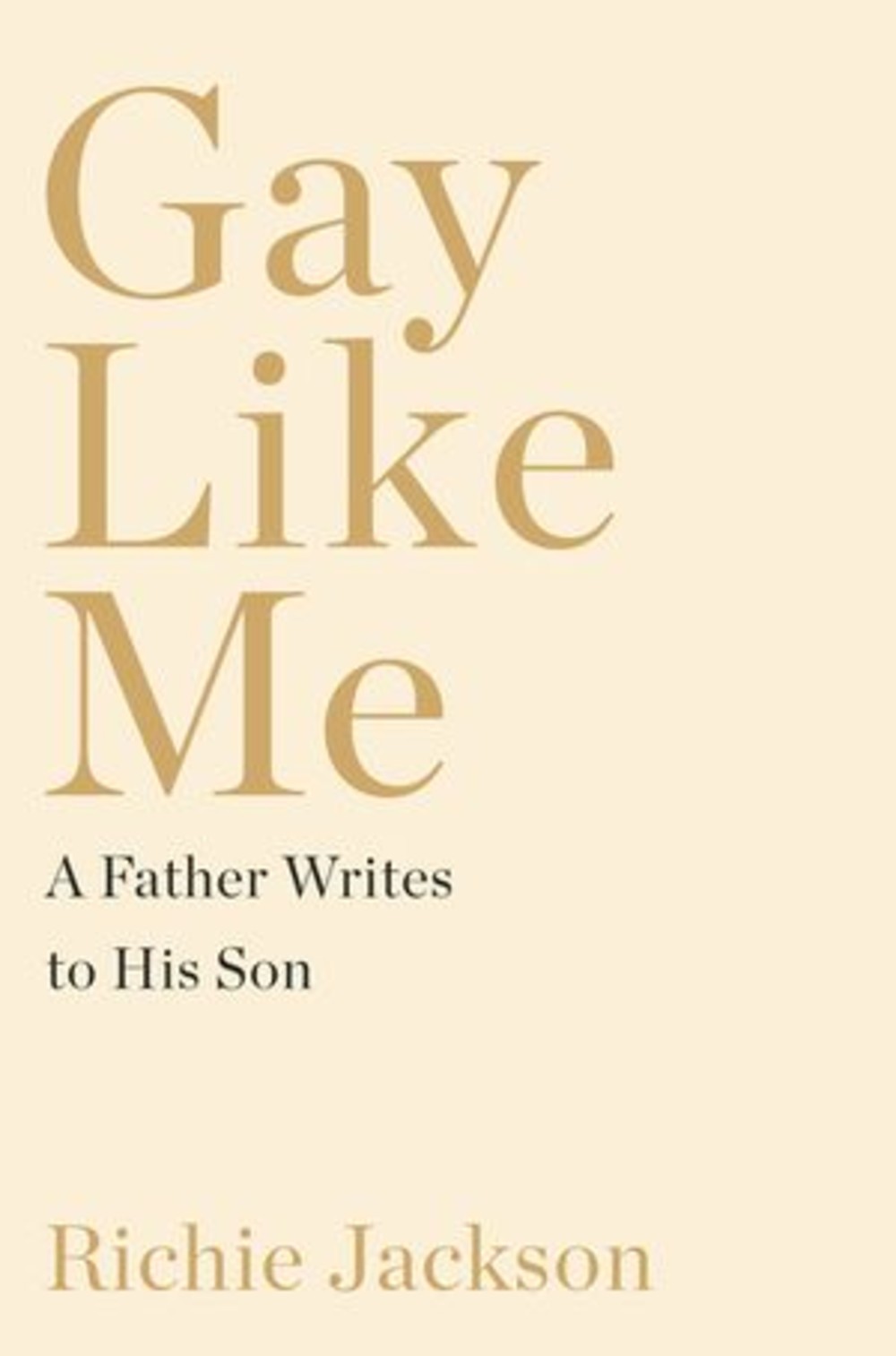 There’s a brief section in Richie Jackson’s Gay Like Me: A Father Writes to His Son (Harper) that moved me more than any piece of writing in recent memory. Jackson (producer of Nurse Jackie and Shortbus) and his partner BD Wong (Tony Award winner for M. Butterfly) have decided to raise a child through a surrogate mother. The woman, bearing twins, goes into labor prematurely. One of the twins dies while the other remains in critical condition and needs blood. Neither parent, because of the discriminatory rules against gay men, is allowed to donate blood. Jackson tells his now eighteen-year-old son that he and Wong watched helplessly as “a stranger’s blood coursed through your veins.”  Shortly thereafter, the fathers fly back to Manhattan from California, the surviving son kept alive by an oxygen tank on the plane. “Your brother’s ashes were in a cardboard box in our carry-on luggage placed under the seat in front of us,” he writes. “Neither of you was ever out of our sight.” As a gay father of two queer adult children myself, I can’t imagine a moment when the joy and grief of parenting is more starkly experienced.

Gay Like Me may be many things–a love letter from father to son, a call to arms, a guidebook to gay life, a memoir–but many of its most effective moments are when Jackson demonstrates how, for gay parents, the familial and the political are inextricably linked. Jackson can’t separate the feeling of  helplessness at not being able to donate blood to his son from the anger at the homophobic policy that allows such discrimination. And how can he and Wong possibly parse their feelings on that plane, a dead son and an ill one always in sight, their births “an arduous effort that stretched across our unwelcoming country” – that very country they are flying over to reach New York? When Jackson tells us that their sons were born in California because it was the only state that would allow both fathers’ names on the birth certificate, we’re privy to just one the many hurdles they had to face. As Jackson writes, “Your very existence, your health, your beating heart, your lungs breathing on their own, is a triumph over bigotry.”

The conflict in Jackson’s letter isn’t limited to how LGBTQ people confront prejudice. It’s also about how different generations see that prejudice. Jackson doesn’t feel comfortable identifying as “queer” because he was witness to its derogatory history, while for younger generations like his son’s, the word is all-embracing, indeed liberating. Even the importance of self-identifying as gay rings false to his son. “You accuse me of making everything about being gay; being gay isn’t a big deal anymore, you say,” Jackson writes.  He gets personal about his experience as a gay man, sharing both the highs and lows of being different, as a reminder of not just where we’ve been, but how easily we could regress, how fragile our progress is. Our new mainstream identity is, in his words, a false salve and a veneer. “Your being ‘more legal’ gives a false sense of security; it doesn’t mean you are safe,” he writes. “And the miracle of visibility hasn’t made us whole.”

Jackson’s identity as a gay man, informed by political and personal struggle, is both an intrinsic trait as well as the earned prize of self-acceptance and hard work. And while sometimes the personal is political, sometimes the personal is just personal. Jackson’s desire to teach his son about gay life, to share “some tools I didn’t have,” challenges him to evaluate the position of gay people in his own liberal social circle, where homophobia, while perhaps more subtle than elsewhere, nonetheless exists: “Even to our enlightened straight  friends, we are often cast as the court jesters, the minstrels, the fun gays added to the party like a human trail mix.”

When the 2011 revival of Larry Kramer’s The Normal Heart won a Tony Award, Kramer, our essential trouble-maker, addressed his acceptance speech to “gay people everywhere, whom I love so.”  He talked movingly about how we must let the world know that “we are a very special people, an exceptional people, and that our day will come.” If Jackson were to write his son a text message rather than a letter, it would be hard to find more fitting words than these. Jackson may be both “thrilled” and “wary” for the “flight ahead” of his son, but make no mistake: this father believes the thrills of being gay are very high and unquestionably worth the lows. And while this book in the form of a letter is satisfying in its own right, I can’t help but think it’s not quite complete. What I’d love to read in a few more years is the letter in response from Jackson’s son, to see if he agrees.