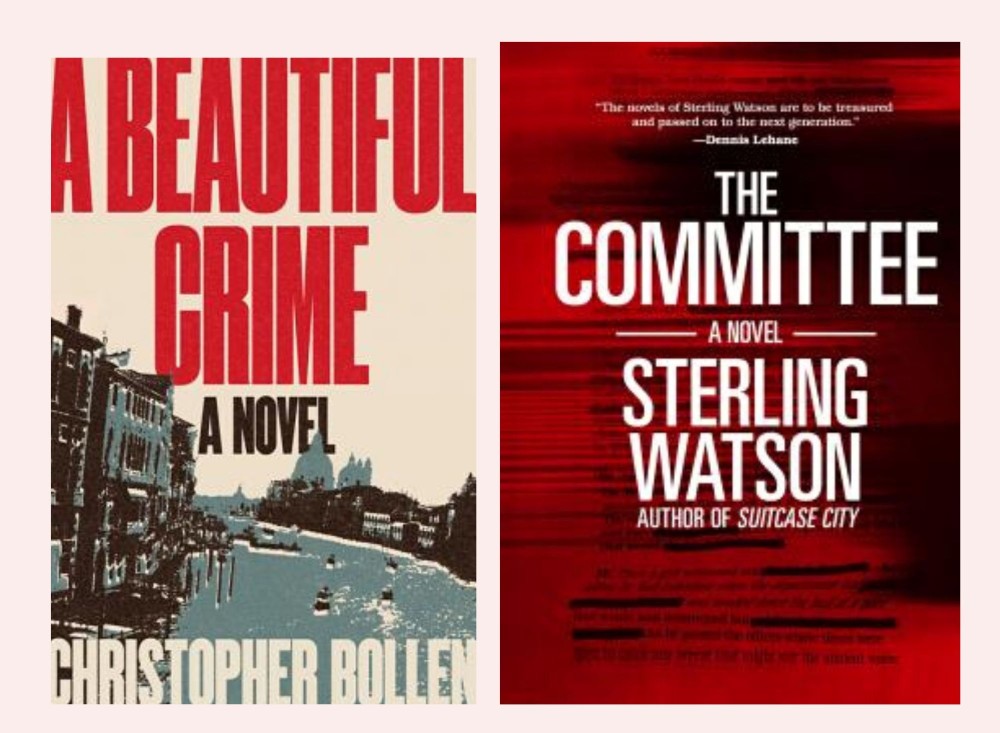 LGBTQ persons have been so demonized in the past that a writer can feel the social and political imperative to write positive representations of LGBTQ people, particularly protagonists, into their crime novels. As a novelist, I’ve experienced this pressure from the inside out and, at times, from the outside in. The essential problem—for me, at least—was that I don’t find moral exemplars remotely interesting. Also, this imperative leads to a slew of new gay stereotypes: from demons to angels, from lascivious corrupters to sassy/wise gay best friends, from one box to another.

Two recent crime novels, Christopher Bollen’s Beautiful Crime and Sterling Watson’s The Committee, are very different from one another. The first is a superb contemporary thriller set in Venice involving two gay point-of-view characters, and the second is a layered historical novel about the Johns Committee scandal set in 1950s Florida and told through a straight-male protagonist. What they share, other than a rich sense of time and place, are flawed central characters who navigate murky moral waters.

In Bollen’s fourth novel, the boyishly handsome, 25-year-old Nick Brink meets the older and more remote Clay Guillory at the funeral of Clay’s boyfriend/benefactor, Freddy Van der Haar. Freddy, whose name is synonymous with American royalty (Think: Vanderbilt), was one of the few remaining vestiges of the old New York gay scene. House poor, Freddy bequeathed Clay his shambling Venetian palazzo and a collection of counterfeit antiques. Nick falls for Clay, and they escape to Venice. To fund their new Continental lifestyle, they cook up a plan to con Richard West, a wealthy American retiree who has a sentimental affection for the Van der Haar name and fondness for acquiring antiques.

When Clay was interning at the Peggy Guggenheim Collection, West betrayed him, so he relishes ripping him off. Clay, who is black, is also aware of systemic racism embedded in social circles West frequents. Nick’s motives are more elusive, stemming from his love of Clay, and a desire to flee his midwestern roots. Both men have come to Venice to reinvent themselves à la Highsmith’s Tom Ripley, hoping to slough off their middle-class background. As a reader, you’re aligned with their hunger to level-up economically and, as they wander through Bollen’s gorgeously described Venice, aesthetically.

Even as their criminal behavior becomes bolder and begins to accrue a body count, we’re seduced by that all-too-recognizable outsider’s desire to belong to a place. For these men, Venice isn’t just a city but a way of seeing themselves, of imagining their futures. Although the narrative focuses on the machinations of their con, we also become increasingly aware that Venice itself is under siege by tourism and foreign developers. The central crime the novel isn’t a con but violation of place. The question is: Who is perpetrating this violation? Who is destroying these men’s adopted home, their way of understanding themselves?

Sterling Watson’s eighth novel, The Committee, makes the bold and intriguing move to tell a story about the persecution of gay men in the 1950s through the eyes of a straight man. The novel opens with the apparent suicide of Jack Leaf, an English professor at the University of Florida and a closeted gay man. At the time of his death, Leaf was being hounded by the agents of the secretive Johns Committee. Based on the real-life Florida Legislative Investigation Committee, which was led by Governor Charley Johns, this group of politicians, lawyers, and policemen was formed to ferret out homosexuals, Communists, and NAACP sympathizers from public universities several years after Joseph McCarthy was denounced.

Tom Stall, our main character, is Leaf’s colleague and finds himself caught between his muted (and muddled) sympathies for Jack’s situation, his professional aspirations, and university politics. What’s remarkable about Watson’s creation is that, although Stall finds the Johns Committee repugnant, he’s not a good ally to gay men. He is very much a man of his era. As a WWII veteran, he’s comfortable with normative gender roles and, although he doesn’t believe gay men should lose their jobs or have their reputations ruined, he keeps the gay characters at arms-length with little understanding of what they have at stake. He doesn’t see that their secrets are more dangerous than his secrets and that, when they cross a moral boundary, they do so not from his privileged standpoint. At first, he comes across as selfish and myopic. When his wife takes a job, he seems as upset as when he discovers Leaf dead on the sidewalk. Whenever he veers too close to troubling emotions, he pours himself a martini or two.

But like Bollen does Nick and Clay, Sterling invites us to question Stall’s motives, to see beyond his moral shortsightedness, without completely turning us against him. Where Nick and Clay are transgressors, grasping for financial leverage to actualize their dreams, Stall is a maintainer, desperately holding on to his social and professional position—his privilege and power—while wrestling with his conscience. His desire for self-preservation and his moral impulse and are at odds, and that makes for a compelling read.

Both Bollen and Waston embrace moral complexity in their crime novels. While that may not produce ‘likable’ characters, it does produce truly fascinating characters—both gay and straight men whose ambitions and flaws make them unmistakably human.

'The Rest of Us' By Guy Mark Foster
'The Terrible: A Storyteller’s Memoir' by Yrsa Daley-Ward
'Slingshot' by Cyrée Jarelle Johnson