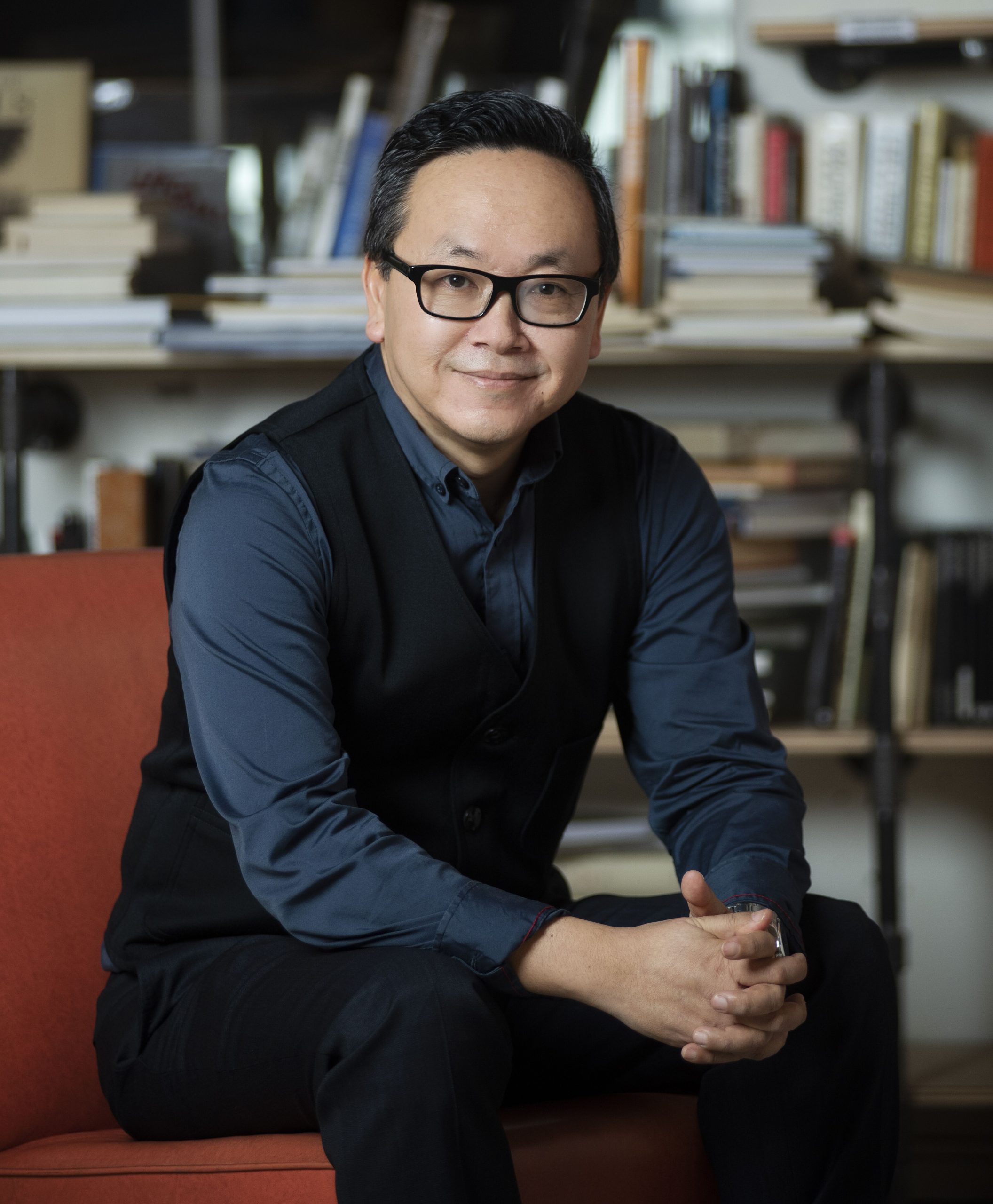 2020 Publishing Professional Award Winner Brian Lam is the Publisher and President of Arsenal Pulp Press, based in Vancouver, Canada. He joined the company in 1984, becoming co-owner in 1992. He is a former president of the Association of Book Publishers of British Columbia, and a former board member of the Association for the Export of Canadian Books (now Livres Canada Books). He currently serves on the board of the Association of Canadian Publishers. In 2014 he won the Community Builder Award from the Asian Canadian Writers’ Workshop, and in 2018 received the Ivy Award from the Toronto International Festival of Authors. Among the authors Arsenal Pulp Press has published include Amber Dawn, Ivan Coyote, Leah Lakshmi Piepzna-Samarasinha, Larissa Lai, Casey Plett, Sarah Schulman, Vivek Shraya, Mattilda Bernstein Sycamore, Thomas Waugh, and Joshua Whitehead.

Can you tell us about your tenure at Arsenal Pulp? How has the press changed during that time?

I started at Arsenal Pulp Press in the summer of 1984, as a co-op student from the University of Victoria in British Columbia. I did basically anything that needed to be done: fill bookstore orders, paste together ads, read manuscripts. The press invited me back in 1984 and 1985, and then in 1986 hired me full-time. My major was in creative writing and it was my intention to pursue the writing life after I received my degree, but after working at the press, I felt that publishing was really my calling.

In the 27 years since Queeries, we’ve published dozens of books by LGBTQ+ writers, many of whom I’ve admired over the years who’ve come to publish with us (Sarah Schulman, Thomas Waugh, Mattilda Bernstein Sycamore, Leah Lakshmi Piepza-Samarasinha) and many whose careers continue in partnership with us over many books and many years (Ivan Coyote, Amber Dawn, Vivek Shraya). We have a particular interest in books by Black and Indigenous writers and writers of color, but beyond that, we gravitate toward writers whose work contains a social and political thread. These are writers who are characterized not only by their identity, but also by their desire and willingness to assert their rightful place in the world. We consider it an honor to publish their work.

But that’s not to say our authors are compromising their queerness in order to gain a larger audience; if anything, it’s because they have dug deep and asserted their queerness that their books have gained appeal among all kinds of different readers. And that’s a change for the better.

Arsenal Pulp’s impressive LGBTQ publishing program spans decades. What are your thoughts about the current state of queer publishing, and/or the future?

So much has changed over the decades; too many LGBTQ+ booksellers, publishers, and review media have come and gone. At the same time, I think there’s more of a willingness on the part of mainstream media to consider LGBTQ+ books. It wasn’t all that long ago that the New York Times or the Globe and Mail (Canada’s national newspaper) would consider queer books too “fringe” for their audiences, but now that’s not necessarily the case. I think reading audiences have also matured; our books are read by both straight and queer audiences, and they’ve won non-queer literary awards, such as Casey Plett winning the $60,000 Amazon First Novel Award in Canada last year. But that’s not to say our authors are compromising their queerness in order to gain a larger audience; if anything, it’s because they have dug deep and asserted their queerness that their books have gained appeal among all kinds of different readers. And that’s a change for the better.

What is a cause for concern is the lack of new queer presses. We’ve seen some energetic and enthusiastic start-ups, only to have them founder due to burnout and/or lack of funds. The demise of queer bookstores and LGBTQ+ media has made it difficult for young queer publishers to gain a foothold. Indie presses have certainly provided an alternative venue for LGBTQ+ writers; to a certain extent so have the large multinationals, but one has to wonder how committed they really are in an economically unstable time.

Is there a book you’ve published that’s particularly memorable?

There’s been many of course, but two stand out (if I may): The Dictionary of Homophobia (2008) is a 500-page translation of a book originally published in France, that details (alphabetically, in dictionary fashion) the history of homophobic moments and figures around the world. This was a huge undertaking for us; at one point during the editorial process, we had 5 people in the office simultaneously editing the various entries. The most memorable moment, however, came when the book’s original French editor Louis-Georges Tin, the founder of the International Day Against Homophobia, Transphobia, and Biphobia, appeared before the United Nations General Assembly as part of a French delegation introducing a UN resolution to decriminalize homosexuality worldwide, and held up a copy of the book and sang “We Shall Overcome.”

Another memorable book was Sarah Schulman’s nonfiction book Conflict Is Not Abuse (2016). Despite Sarah’s impressive literary output that has produced numerous published novels, essay collections, and plays, she couldn’t find a publisher for this book given its (supposedly) contentious content. At the time, we had brought back into print a number of Sarah’s out-of-print novels, including Rat Bohemia and Empathy, and I had long admired her for her tenaciousness and brilliance. When the book was published, it was ignored by the mainstream press, but then something remarkable happened: because of the clarity and political relevance of Sarah’s vision, the book became a word-of-mouth sensation, and remains one of our bestsellers over nine printings. More than its commercial success, however, I’m proud of the impact that the book has had on so many readers from so many different backgrounds.

I think poetry is particularly useful during this pandemic; it forces us to slow down and savor language.

Over and above reading manuscripts (the work never stops), I’ve found time to dip into a couple of books that I’ve long been meaning to read: Ocean Vuong’s On Earth We’re Briefly Gorgeous, and Philippe Besson’s French novel Lie with Me. I’m taken with writers who take language and make it all their own. I’ve also had time to reread a couple of our new poetry books: My Art Is Killing Me and Other Poems by Amber Dawn and The Gospel of Breaking by Jillian Christmas. I think poetry is particularly useful during this pandemic; it forces us to slow down and savor language.

Are there any LGBTQ books coming soon from Arsenal Pulp that we should watch for?

We just published two fantastic fiction titles that I’m very proud of: Vanishing Monuments, a novel by Kansas City writer John Elizabeth Stinzi about a non-binary photographer who returns home to tend to their dementia-afflicted mother, and We Had No Rules, a story collection by Corinne Manning of Seattle, a stunning suite of stories on the messiness of love and desire. This fall, we’re looking forward to Like a Boy But Not a Boy, an essay collection by andrea bennett about being, among other things, a non-binary parent, and The Name I Call Myself, a children’s picture book by Hasan Namir, who won a Lambda Literary Award for gay fiction for God in Pink. Finally, among other things we’re stoked about in 2021 (in addition to life after the pandemic) is Between Certain Death and a Possible Future: Queer Writing on Growing up with the AIDS Crisis, a nonfiction anthology edited by the amazing Lambda Literary Award-winning writer Mattilda Bernstein Sycamore.

Click here for more information about the Publishing Professional Award.