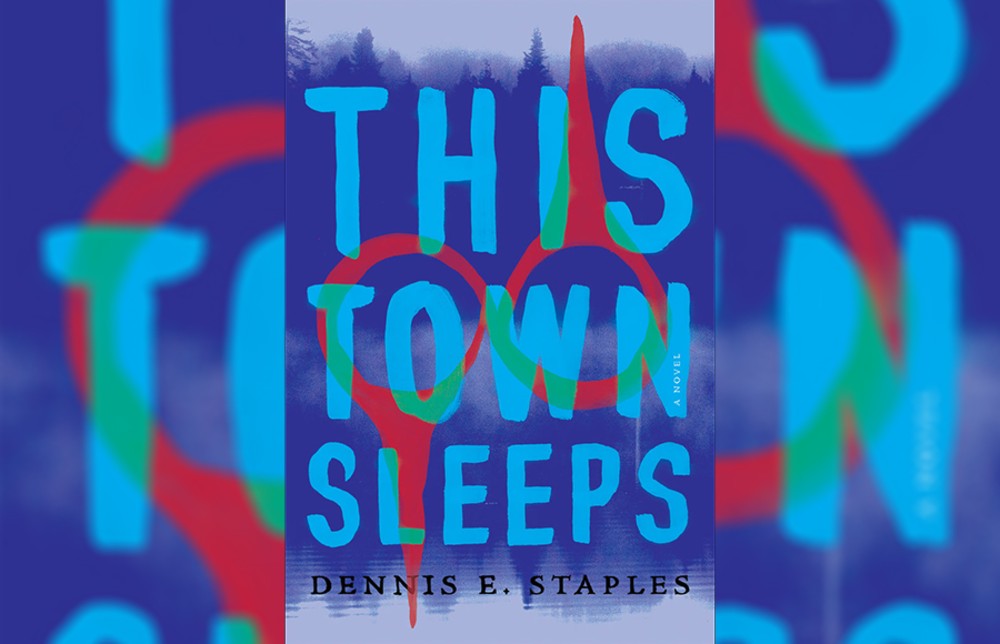 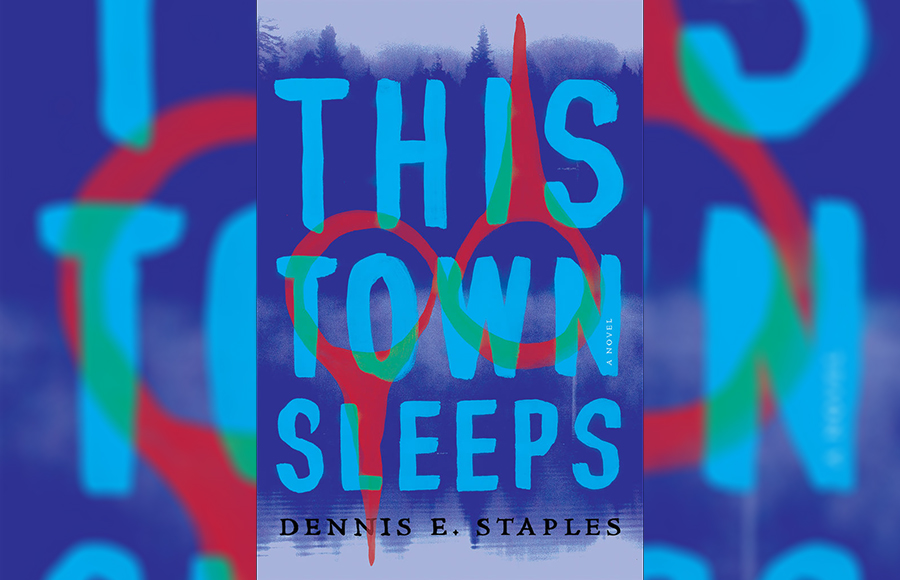 The writer Dennis E. Staples’ debut novel This Town Sleeps (Counterpoint Press) takes place on a 667-person Minnesota reservation town named Geshig. In a sparse and beautiful page-long prologue, we encounter a violent act against Kayden Kelliher, a 17-year-old Geshig High School basketball star. His death, brought on by gang violence and communal depression, haunts the town in this story of violence, redemption, and self-determination.

Years later, the sudden murder of another teen affects everyone in the town, including Marion Lafournier, an insecure yet quietly charismatic 25-year-old. Staples renders Marion in the first-person, giving the reader a vibrant intimacy to an openly gay man in a town where the majority of nearby online dating profiles are blank. The concise, thoughtful style gives characters, even when hardly physically described, emotional propulsion. Staples’ empathy for the entire town makes the characters clear and urgent. The author’s empathy even extends to former prom king Shannon Harstad, Marion’s childhood bully who becomes his on-off closeted lover.

Marion and Shannon grew up together. Shannon was a basketball-playing jock and bullied the more insular Marion. Now in their mid-20s, Marion is surprised to one day see that the man he invited over for anonymous sex was his former tormentor. It’s fair to say that Shannon doesn’t know himself, a sad and pressurized state that Staples pushes into relief by skillfully writing Shannon’s sections in the second person.

There’s a beauty to the unadorned prose. As Marion helps Shannon come out to himself, we see how the baby steps of acceptance present in a closeted lover:

I watch Shannon get dressed. He wears tight gray boxer briefs with a shiny waistband and designer label. When we first met he only wore plain boxers with dull checkered designs but as the summer went on his attire became conspicuously smaller and more colorful. His overall hygiene and look improved too. Part of me does miss the smell of the lake and sweat that used to cling to him.

Their relationship–the closeted man and the patient lover–is familiar, but the specificity of Staples’ representation is poignant. Shannon has never had sex with a man in bed; cars that haven’t been broken into probably don’t belong in Geshig; received knowledge about masculinity is, for Shannon at least, intractable: “We’re guys,” he says as an adult. “We live to get hurt.” It’s an echo of his thinking from when they were 9 or 10, when Shannon left a bruise on Marion’s wrist: “We’re boys,” Shannon had said. “That’s what we’re supposed to do.”

Staples avoids melodrama in detailing the drug vulnerability, emotional strains, and the financial frustration that befalls the denizens of Geshig. This troubled reality does come with a good share of humor. After Marion keeps having visions, his mother tells him to visit a medicine man, Carey. Carey is accepting of the visible contradictions of his rituals–the spa equipment he uses is from a high-end retailer white people love. Marion is skeptical throughout the sweat lodge ceremony. Carey challenges him on this lack of faith. “What do Indians call a lack of faith?” Marion asks. “Being white,” Carey replies.

This Town Sleeps is suffused with such humanity and the voices are so enchanting that a longer novel, to allow for a plurality of perspectives, might have been warranted. But this is a comment about expansion. The narrative is so well controlled that, however brief, This Town Sleeps remains a consistent pleasure

Matt Caprioli teaches writing at Lehman College, City University of New York and is the author of One Headlight: an Alaskan Memoir. He has contributed to the Alaska Dispatch, The Huffington Post, Quip Magazine, The Northern Light, The Paris Review Daily, and The Anchorage Press."