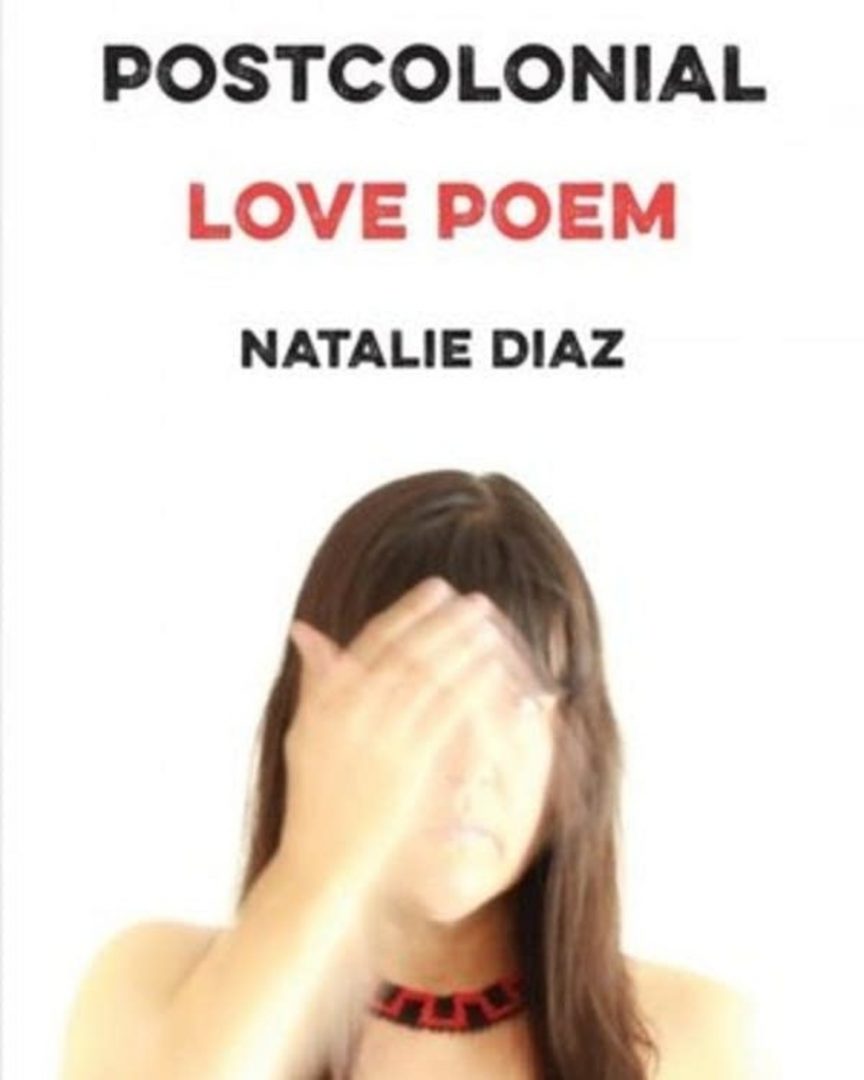 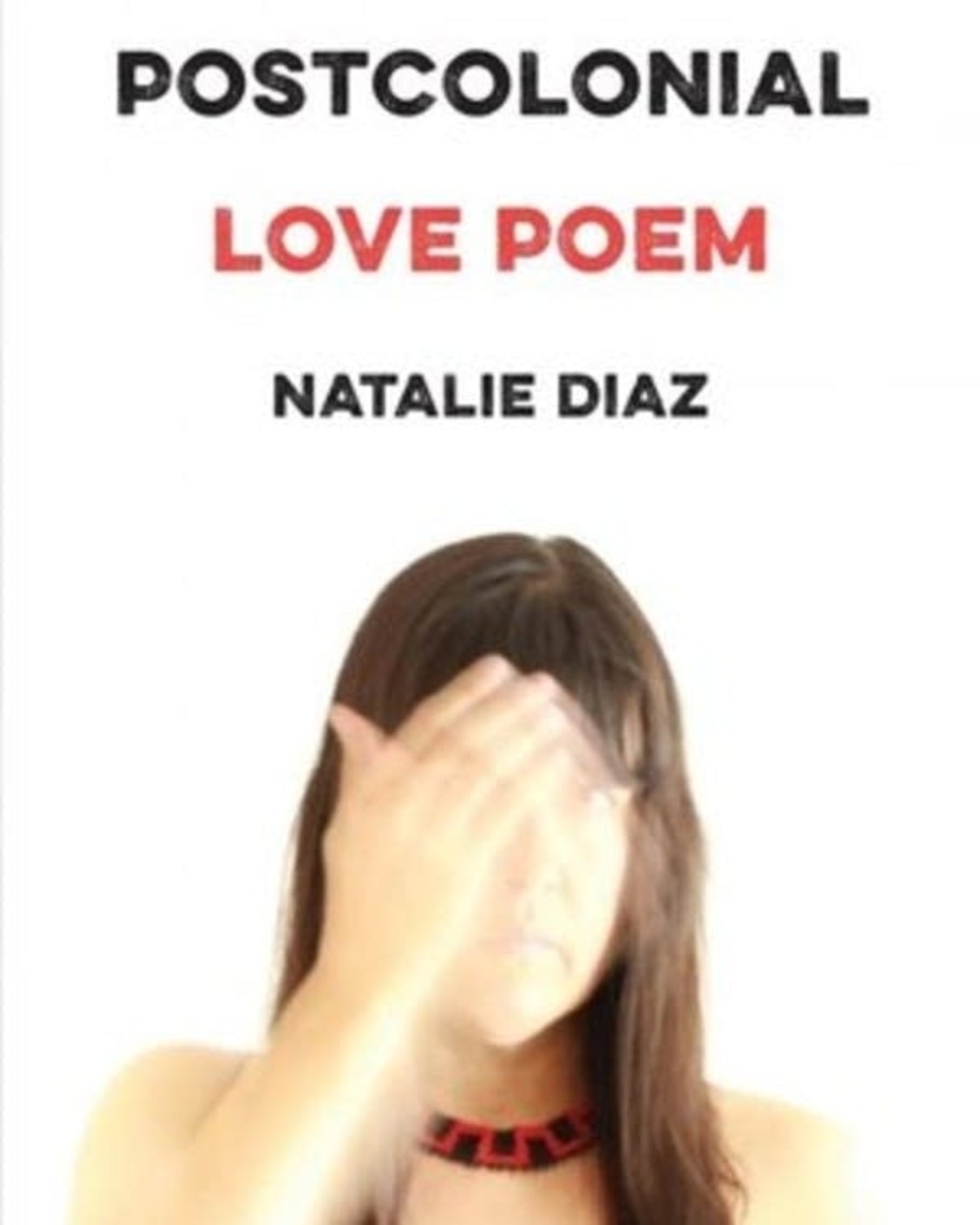 I’m grateful for women who have demolished barriers and led us through. Audre Lorde, Judy Grahn and Adrienne Rich have led us through. The work of Pat Parker continues to part the sea of racism and patriarchy, and lead us through.

Consider this rapturous poem, “Ode to the Beloved’s Hips”:

are kosmic, are universe—galactic carousal of burning

for your dark matter.

This reader once swooned at Yeats’ notion of seeing a woman’s “pilgrim soul”—now it’s the “dark matter” I want seen and mined. Diaz turns pleasure into an affirmation of the self, one that exists in direct opposition to a colonizer’s agenda, as in “Manhattan Is a Lenape Word”:

She says, You make me feel

want to make you feel that white.

her bones. I’m counting the carpals,

metacarpals of her hand inside me.

Pat Parker wrote of a lover’s blue eyes that triggered flashbacks to racist encounters, while decades later, Diaz presents whiteness as devoid of cachet, something the speaker “would never want” to make her lover feel.

In this postcolonial vision, intimacy wins the long game. Water, lust and language resist containment. “River” is an identity, one that is essential, un-erasable. This final stanza in “exhibits from The American Water Museum” quietly shows the triumph of what is fluid over forces of control:

Let me tell you a story about water:

Once upon a time there was us.

America’s thirst tried to drink us away.

And here we still are.

Poem after poem in Postcolonial Love Poem confirms this isn’t a book about victims. A Joy Harjo quote ushers in the opening section: “I am singing a song that can only be born / after losing a country,” and there is a recurring note in the collection, of bittersweet triumph.

Diaz, who is Mojave and a member of the Gila River Indian Tribe, grew up along the Colorado River in the Fort Mojave Indian Village.

In the prose poem “Run ‘n’ Gun,” she writes of playing basketball “on the rez … Only a tribal kid’s shot has an arc made of sky.”

Eventually, the tribal kids are winning over the white teams: “…we became coyotes and rivers, we ran faster than their fancy kicks could, up and down the court, game after game.”

The tenacity of a kid’s basketball team exists alongside the grave risks Indigenous children face. In the book’s dedication, Diaz honors “missing and murdered Indigenous and Native women, girls, trans women, nonbinary and two spirit people in our families, communities, and across the Americas and other occupied lands.”

For every body taken, Diaz evokes retribution through the speaker’s own body and embodiment of ecstasy, as in the last stanza of “Ode to the Beloved’s Hips”:

lead me like a traje de luces — all glittered, glowed.

I am the animal born to rush your rich red

a hooked horn of want. My mouth at your inner

thigh. Here I must enter you, mi pobre

make the crowd pounding in the grandstand

of your lilac crest lift up in you and cheer.

In “These Hands, If Not Gods,” the speaker is both boastful and reverent.

over the seven days of your body?

And wasn’t that good?

Them at your hips —

Isn’t this what God felt when he pressed together

the first Beloved: Everything.

Finally, a sin worth hurting for, a fervor,

“And wasn’t that good?” Yes, it was. It’s satisfying to read of godlike, woman-on-woman sexual prowess, even equating those skills with a biblical seven-day creation myth — especially knowing that Mojave children were once strong-armed into government boarding schools, forced to speak English and practice Christianity.

Someone else will read “These Hands, If Not Gods,” and come away with: That is really fucking hot.

And both would be honoring the strength of that poem, and of this book to subvert dominant myths with lyric poignancy, into a narrative that exalts what has been worthy of exaltation since the first human looked up at the sky, or down at her lover’s body, as in “How the Milky Way Was Made”:

O, the weakness of any mouth

as it gives itself away to the universe

of your wrists and thighs.