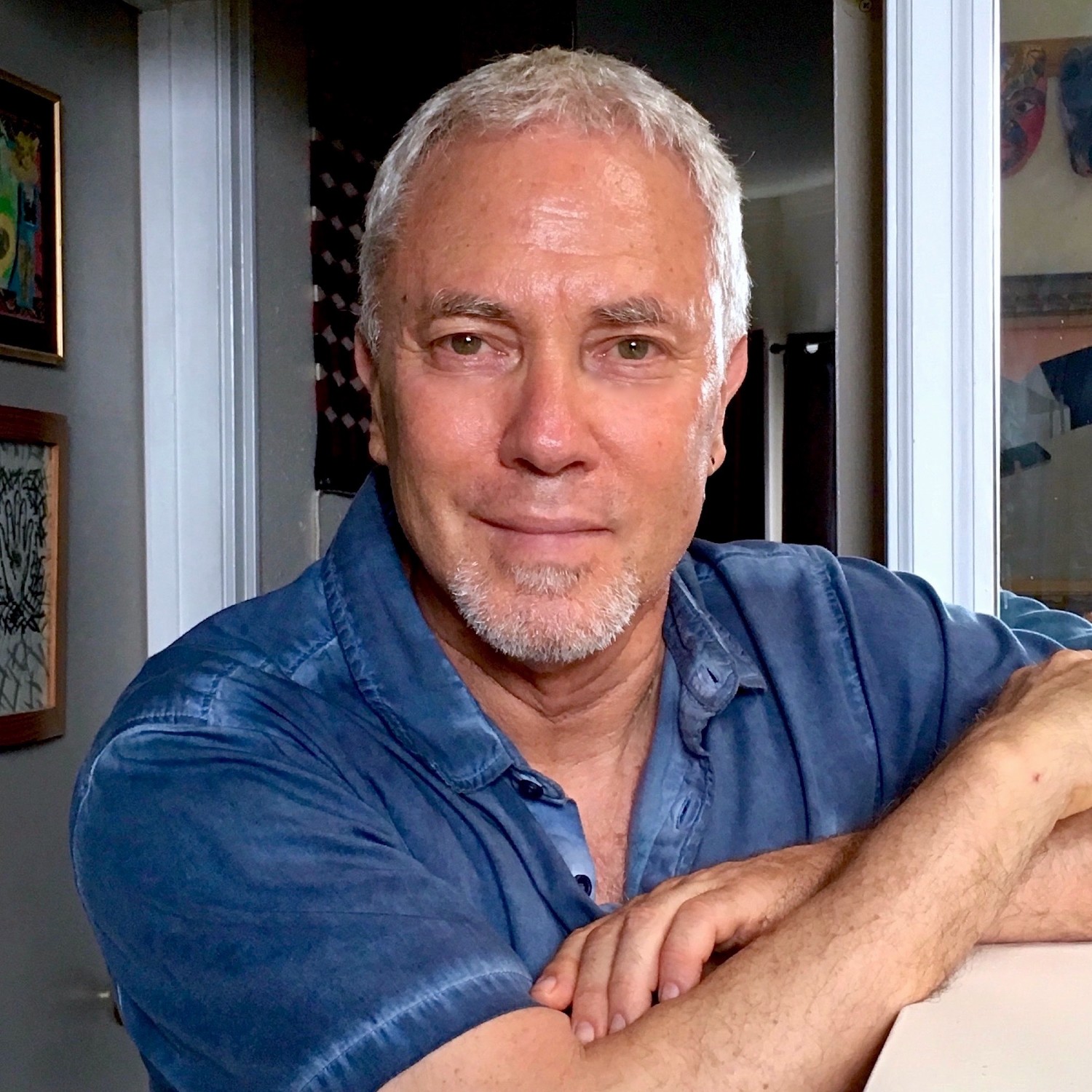 The Fire I Tend: Some Notes on “Shiver” by Aaron Shurin

Now what I saw was the same but my eyes were different, turned green like my mother’s immediately after she died. How did she die? Incrementally. Long gone now ago in some space, historical, as though stretched thinner towards air….

And me too pulled into threads, or you in your smoke drift who have come so far to read the clouds and stars in their formation on a page… He remembers corn dogs and bulldogs, dreamsicles and ventricles, leather belts that whistled

and struck, and cabbage soup to soothe the hiss and the strike. Not in sequence but stacked like plates and conflated…. And those pinwheel clocks spinning forward and back. A boy is a prelude, then an afterthought, then a molten core…

He armed himself with elocution and adorned himself with pride. Like a thief in plain sight he stole gender from the fem-bots and dude-droids, layered his body with faux leather and faux lace, muslin printed with snake sigils,

and saris of indigo denim fit for a wrangler—one with bangles big as cow eyes, that is, lighthouse beams that swept in widening arcs as he twirled, to flame the countryside like a dragon, set the village ablaze as the dragon in drag

he was, on fire, or so the cops thought when they stopped him for flying without a leash and buried his head in their waist-handy hood, by which I retired into the ground with a groan of lavender fumes, which will henceforth be my subtitle

When they exhume me in my marble book…? Yes I talk as if I lived, but the fiction of me is merely your pleasure in deconstructing the violent world, so I dance with arms akimbo in an interrogative stance, and sing out of tune

as I do for a music of bent aspirations and uncommon grace. You remember that drinking fountain you led him to, and tipped his face into the black water so he could taste the poison syrup in its full splendor, fragrant as burning shame,

with a nose of infallible encyclicals and notes of medieval edicts tacked to stone walls? Yes, he carried that spice to make the man inside him thirsty for good, un-slaked, with a tongue for negative capability and lips formed to

suck the juice from the bones he raised. Where did the sky come in? When did it sever the present from the past and eat the human terms, the diminutives and endearments? How did the blue start to glow in our hands and

bloom in our faces as we shed our scales, how did the new skin bristle like parchment as we spoke to each other in welts and rashes the new text of the new alphabet of the new history…? If I say “the past” I mean my mother.

If I say “my mother” I mean the boy I was. If I say “I was” I mean something was here condensed from the air with a specific gravity you hung a name on—if that was you hanging names under the eucalyptus leaves in the rain.

more rushing, more swells, more salt, of that contribution the verses are written in shivers….my green eyes… remember… And the story about two men in kilts or culottes, the story of two women in jackboots and capes, of four men

for allegiance. In Part Seven I dismantle the binary system as a scam of chiaroscuro for the rainbow impaired.

“Shiver” (from The Blue Absolute, Nightboat Books, 2020) is a long poem about the state of San Francisco, past, present, and possible future. It is told in the first person (though I am not that person) and simultaneously in the third person (and I am not him either) to construct a narrator queered by grammar into separate sight lines. Yet I am the person who has lived in San Francisco for forty-five years; I am the one who passed through the glory days here, late 70s and 80s, pre-AIDS, when queens danced flamenco on the table tops of the Café Flore, sex was an instant contract between big-hearted strangers, and poetry oozed from the grates and gutters of North Beach and beyond. I am the one who married the city when no man was available or ready, and the one whose heart is being broken by endless high-rises and high rents.

“Shiver” is my story spoken by a pair of voices who are not me about a city which is real and not real, both conjured out of air and lived fully. It begins with an invocation of the mother, so it’s gay from the get-go, and it raises an image of a boy straddling genders, transforming himself for a kind of active duty on the streets. Within minutes he breathes fire, “as the dragon in drag he was” (so he is me!) As in the poem, my father spanked us with a belt; my mother made cabbage soup to heal the soul. Most importantly, my mother had green eyes. Mine were brown, brown.

It’s a gift of art that poetry doesn’t merely recapitulate experience, it creates experience. It’s not reportage, it’s making. It makes sense, it makes music, it makes meaning. I came to “Shiver” in a turmoil of conflicted feelings about the city, which had shifted from paradisiacal to problematic, beset by homelessness on one side and greed on the other. With its broadened perspective on history and time, the poem widened my view, strengthened my acceptance, and made peace.

My mother had sensibility, and a deep appreciation for the ways art works, dulled only by my father’s blunt self-involvement and inflated ignorance. In her spare time she was a practicing artist, working dutifully in oils, and quite gracefully in pastels. She died much too soon of a massive heart attack on the operating table. Soon after, my brother, who was extraordinarily close to her and considered himself—and was considered —heir to her fine discriminating eye, dropped our father’s last name and took my mother’s maiden name as his. Soon after, too, I looked in the mirror and my eyes had begun to turn green. Maybe my brother didn’t need them, but my mother’s eyes were given to me. “Shiver,” is written from the threshold of that seeing, by a mama’s boy grown into a gay man who is not me but has my voice and eyes, and is ablaze with the fire I tend.

Malaga Baldi: Ask the Agent
'The Marién Revelation' Stokes Homophobic Response
Ten Poems by QPOC You Really Should Have Read This Year

Aaron Shurin is the author of fourteen books of poetry and prose, most recently Flowers & Sky: Two Talks (Entre Rios Books, 2017), The Skin of Meaning: Collected Literary Essays and Talks (University of Michigan Press, 2015), and two books from City Lights: Citizen (poems, 2012) and King of Shadows (essays, 2008). His work has appeared in over forty national and international anthologies, from The Norton Anthology of Postmodern American Poetry to Italy’s Nuova Poesia Americana: San Francisco, and has been supported by grants from The National Endowment for the Arts, The California Arts Council, The San Francisco Arts Commission, and the Gerbode Foundation. A pioneer in both LGBTQ studies and innovative verse, Shurin was a member of the original Good Gay Poets collective in Boston, and later the first graduate of the storied Poetics Program at New College of California. He has written numerous critical essays about poetic theory and compositional practice, as well as personal narratives on sexual identity, gender fluidity, and the AIDS epidemic. A longtime educator, he’s the former director and currently Professor Emeritus for the MFA Writing Program at the University of San Francisco.