Our Memories and Our Archives can Create a Sustainable Future

Our Memories and Our Archives can Create a Sustainable Future 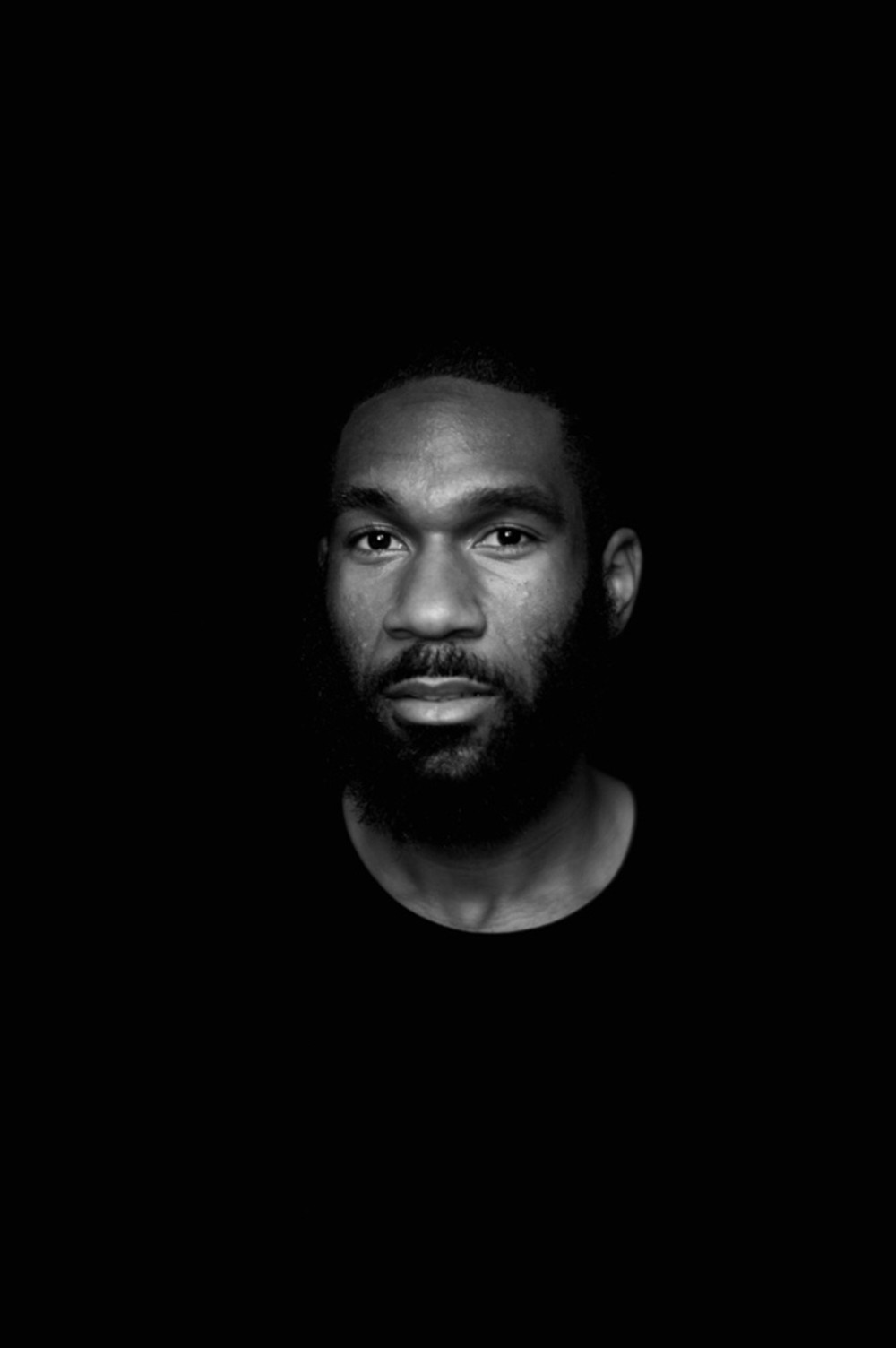 The word archive, before morphing through a series of European languages over some centuries, began as Greek words meaning government and original source. In this way, as I imagine many would agree, to archive something is always an act of investing that thing with a sense of authority. We often peruse archives for answers to questions, or to fill gaps, with some expectation that what we find is official and trustworthy both because archives are housed in and maintained by places (or people) of esteem and prestige and because when we peruse archives we are seeking out primary sources, semblances of the origins, initiation, or confirmation of a practice, thought, work, movement, or occurrence. This belief is supported by the imagery often evoked by archives: stacks of papers unboxed, caressed, and passed by white-gloved hands and placed, according to meticulous coding, among sturdy shelves and within crisp, labeled folders. When I think of archives my mind often goes to the architectural, physical, tactile, though I realize this is a limited perception.

Web archives, which gather and preserve portions of the World Wide Web, employ an application software called a crawler or spiderbot to identify and collect data in a process called spidering. The expanse of the web—the incalculable amount of information to be found here—necessitates the use of such a software. While the data being collected is intangible in nature, the terms used to describe the components of web archiving—spider, bot, crawl, web—evoke images that suggest that the archive outsizes the body of the person or thing assembling it; that we are grappling with and creating something bigger than ourselves. A spider crawling, or a bot grinding away like a cog in a larger machine, becomes comparable to a human standing toe to toe with a prestigious building, a towering shelf of documents, or a long stretch of rows upon rows of aligned shelves.

In a 2012 interview with performance artist Vaginal Davis, Davis remarks, “[a]rchives are gossip, I’m a gossip queen and gossip is the one true endless archive.” Davis’s observation expands the traditional concept of the archive and humanizes it, suggesting an endlessness only capable when contained within and passed among people through casual and often unverifiable conversation. This interpretation of an archive calls to mind stories and traditions passed through oral tradition. Like oral tradition, the archive no longer outsizes the body, but is contained within it, inside all of us, carried with us and harnessed by shape-shifting memory, made impactful through how it influences our perceptions of the people and world around us. The relative ephemerality of such an archive—one inside of and of the people rather than one inside of and of institutions (most certainly maintained by people but that many of us must be granted access to) points to an essential function of archives: to help us remember.

In her essay Diasporic Spidering: Constructing Contemporary Black Identities, Nadine George-Graves uses the crawler or spiderbot as a metaphor for contemporary Black identities, linking connections between the application software used to construct archives—crawling the web for data it collects—and the ways in which archives can be contained within people, as illustrated by Vaginal Davis’s observation. George-Graves writes: “Diasporic Spidering allows for many different points of intersection and modes of passage to be woven together around a central core—the individual searcher/journeyer.” George-Graves describes Diasporic Spidering as an “active process,” one that challenges the notion of a fixed identity and, I argue, the fixed notion of the archive.

If archives help us remember, and our sense of self could be said to be tied to memory—to remembering the past events that make us and the world that gives us context—then we and our inner archives are as malleable as memories, as gossip, dependent on interactions with others to confirm where we stand and how we got here. The Netflix and Vox show The Mind, Explained describes an experiment in which patients are hooked up to a brain scanner and prompted to both remember past experiences and imagine future experiences. Findings show that the same network in our brains activated when remembering the past are also activated when imagining the future. Our memories—our inner archives—become source material for constructing the new, for constructing a future.

I am not suggesting that there exists a stark division between memory and what one traditionally considers an archive, but perhaps that the traditional archive is collective memory made tangible, sonic, visual. As someone who looks to the past to imagine future possibilities, I find deep importance in utilizing memory in order to create a sustainable future, and one that, as the saying goes, is not doomed to repeat the dire missteps of the past. At a time of ecological emergency, fueled by corporate destruction of the very land that sustains human life (and memory) and that quite literally contains and provides a foundation for evidence of the past, it seems to me that an erasure of memory, of our archives, is intertwined with the destruction of the planet.

In her essay White-Leader, Wendy S. Walters provides an apt analog for this process through her investigation of the implications behind the use of white paint. She writes that “the viewers’ ability to recognize blankness depends on how much enthusiasm they put towards the practice of not seeing evidence of human, animal, astronomical, or celestial presence.” In this essay, Walters also quotes art and architecture writer Kurt Foster who, after experiencing the white walls of a museum, observes that harsh white paint “wields a violence…so intense as to cut off works of art from any imitation of a link with our bodies.” The archive is the antithesis of the white wall, or the impulse to prepare a place for consumption by creating the illusion of blankness. The preservation of our memories, our archives, our planet is a matter from which we can draw tools for a sustainable collective future.

With all this in mind, what other forms could an archive take? How might we describe experiencing these archives? What, if we rename them, might they be called?

A writer approaches the memive, unsure of where to enter but certain that he has arrived at the right place. Under the colossal dessert sky, the big sun, in the crisp heat, a troop of a dozen performers scatter within a circle designated with a black line drawn in the sand and with a circumference of about a kilometer. The performers, known as memivists, sit in the sand in chairs, stand still, or cycle through a series of movements. They wear an array of fluid, draped clothing that consists of various colorful fabrics and patterns stitched together. Among them are a number of instruments placed on stands or on the desert floor: an acoustic guitar, a drumset, a grand piano, violin, ukulele, accordion, and trumpet, to name a few.

The writer approaches one of the memivist—a Black person with dark skin, a low afro, and seated in a chair—and asks them where to begin. The memivist informs him that there is neither a beginning nor end, per say, nor are there answers to any of his questions. Rather, there are memories and tools for accessing those memories. Operating hours are from 10:00 to noon and 14:00 to 16:00. Water, bathrooms, and produce are located at a quaint stone building just a few feet away from the memive, and that has seemed to suddenly appear like a mirage.

The writer grabs a nearby chair and sits in front of the memivist, who has retrieved a flat, compact touch screen device from their pocket. The writer retrieves a similar device from his bag and asks if it is alright if he records. The memivist smiles, “Of course, please do. May we keep the recording?” they ask. To which the writer responds, “Of course.”

As the memivist continues to swirl their fingers on the screen the writer looks up and attempts to take in his surroundings once again. The entire arrangement of the memive reminds him of an open-air circus. A number of other visitors have joined the circle and are performing a repetitive dance-like motion that involves hopping on one foot and cranking their limbs. At another point in the circle, another visitor sits at a piano and seems to be searching for a melody. The notes fall together slowly, at such erratic intervals that the song they are attempting is nearly impossible to make out, like a puzzle that’s only one-third assembled. The writer looks back to the memivist, who has noticed his attention wondering. They smile and gesture toward the piano, and the writer gets up and walks over to the other visitor seated at it.

The visitor is Black with burgundy, shoulder-length dreadlocks and a nose ring. Their dress mirrors that of the writer, patched together clothing of greys and browns, setting them apart from the memivists’ more colorful wardrobes. “What’s your name?” the writer asks, but by now the melody has fallen together and begun to sprinkle in the air, like rainfall growing in force. The melody is familiar to the writer, though he cannot remember from where. The visitor notice’s the writer’s expression, which suggests surprise and bewilderment. “You know this?” The other visitor asks. The writer smiles but does not respond. “C’mon,” the visitor says, “give us a song.”

Justin Allen is a writer and performer from Northern Virginia. He has written for Mosaic Literary Magazine, The Studio Museum in Harlem's Studio Blog, Lambda Literary, and ARTS. BLACK among others.