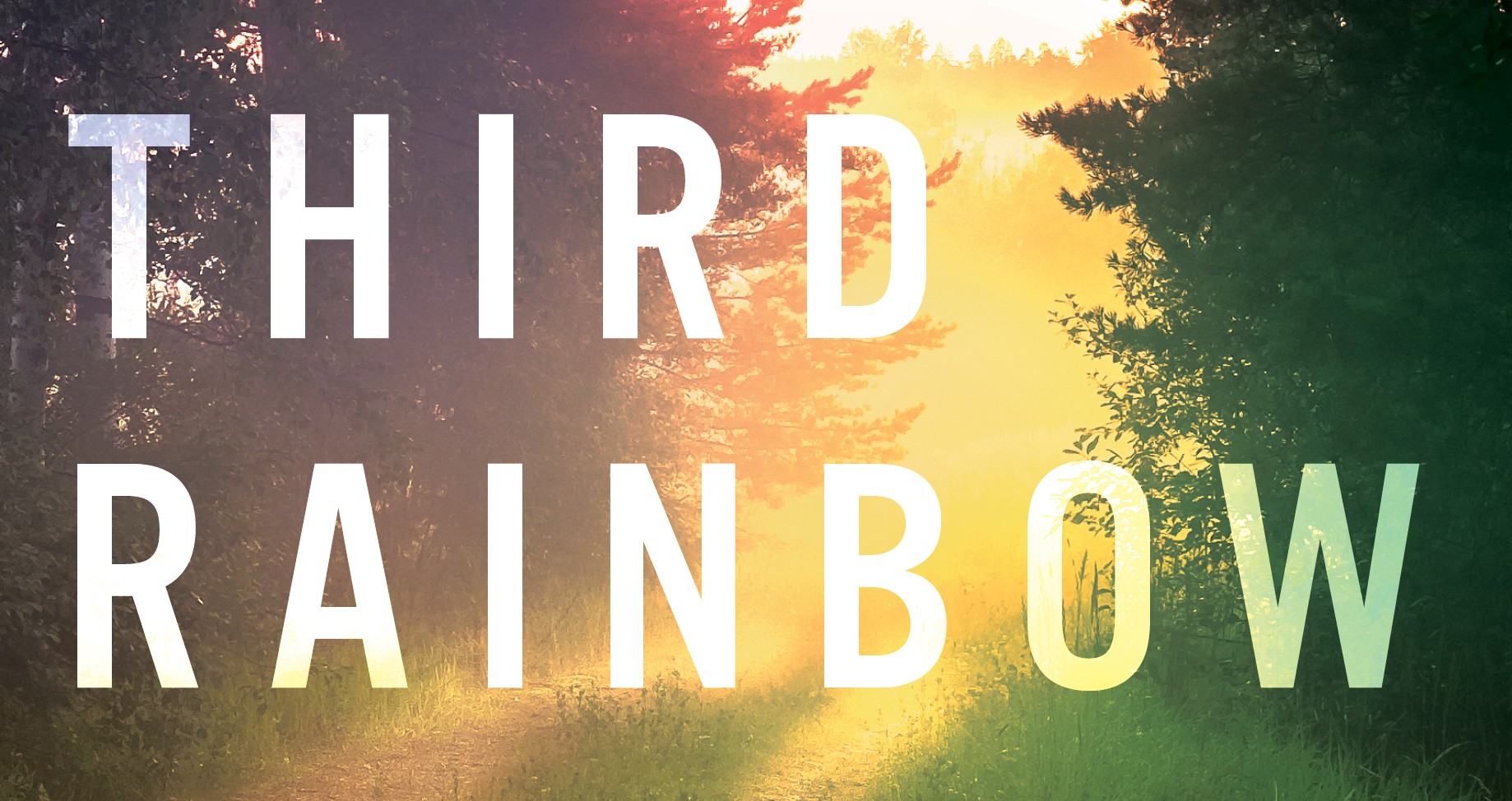 Grappling with the Complexities of Murder, Crime, and Community

Grappling with the Complexities of Murder, Crime, and Community 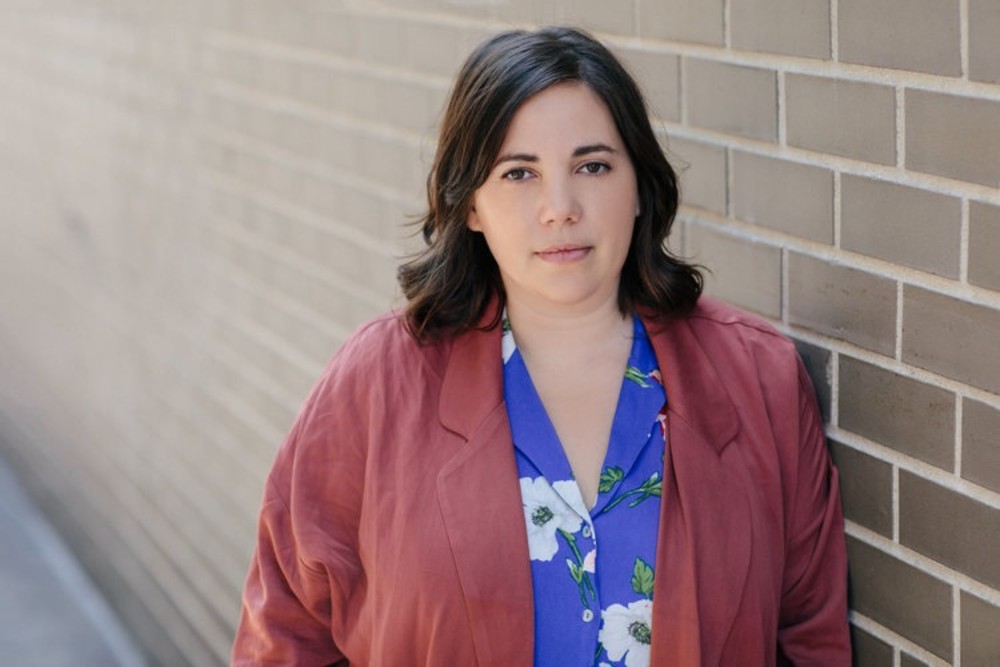 Here are some true things:

1. In the afternoon or early evening of June 25, 1980, Vicki Durian and Nancy Santomero were killed in an isolated clearing in southeastern West Virginia. They were twenty-six and nineteen, hitchhiking to an outdoor peace festival known as the Rainbow Gathering, but as the result of two and three close-range gunshot wounds respectively, they never arrived. Vicki was from Iowa but was working as a home health aide in Arizona. Nancy had dropped out of college in New York and was working at a Tucson thrift store. They had not had sex on the day they died, nor were they raped. Their killings have been called the Rainbow Murders.

2. They died in Pocahontas County, a sparsely populated area that consists largely of protected national forest and sits along West Virginia’s eastern border with Virginia. At the time of their murders, thousands of travelers from all over the country had come to this area to attend the Rainbow Gathering. Local reaction to the festival, organized by outsiders, varied widely. One faction of Pocahontas Countians was upset at the disruption of their lives and, assisted by prominent state politicians, filed an unsuccessful injunction to stop the event. Some speculated a causal link between the festival and the deaths. Because of this, as well as the remoteness of the clearing where the two women were found, citizens and law enforcement mostly believed that the killer was local.

3. The murders were a trauma experienced on a community scale. Wherever they went to eat or relax or pray, residents discussed these crimes and the fact that the killer was likely still living among them. Two young women had come to their home place for a peaceful celebration and instead ended up dead. Hillsboro, the closest town, held less than three hundred residents. Neighbor accused neighbor.

4. No one was prosecuted for Vicki and Nancy’s murders for thirteen years. Eventually, nine local people were arrested and charged with crimes connected to the killings. Three more were named as suspects by law enforcement. Two confessed. Four accused another in sworn statements or testimony. All this and more was reported, in great detail, by the local paper, the Pocahontas Times, each Thursday morning. The accused were all men who made their living by working the land—farming, hauling timber, cutting locust posts, or baling hay.

5. In 1993, the state of West Virginia chose to pursue a trial against one man only, a local farmer named Jacob Beard, whom it deemed the “trigger man.” Beard was convicted and sentenced to life imprisonment without the possibility of parole. The state’s case rested on the word of two of the nine men, both offered immunity in exchange for their testimony. Three men, prosecution witnesses testified, had picked up Vicki and Nancy hitchhiking and then driven them to the woods, where the other men joined the party. The men drank and smoked weed, the prosecution’s theory continued, and then they tried to rape Vicki and Nancy. When the women struggled too much and threatened to go to the police, Beard was said to have shot them. One of the witnesses had less than a third-grade education, and the other said he had repressed his memories of the murders for many years but later recovered them. Both witnesses were physically assaulted by West Virginia State Police officers.

6. In 1984, a man named Joseph Paul Franklin, already incarcerated in a federal prison in Illinois for a series of murders he had committed throughout the late 1970s and early 1980s, told an investigator that he shot and killed two women in the woods of West Virginia. Franklin had a tendency to make claims that he would later disavow, and he had been diagnosed with schizophrenia. Law enforcement deemed his confession less than platinum, and the judge in Beard’s case agreed. But in 1996, after learning that Beard was doing what Franklin felt to be his time, Franklin grew more insistent in claiming responsibility for Vicki and Nancy’s deaths. With Franklin’s cooperation, Beard was granted a new trial in 1999 and found not guilty in 2000.

7. I lived in Pocahontas County, West Virginia, from May 2009 to November 2010 and have spent approximately two hundred additional nights here, mostly in summer. I came as a Volunteer in Service to America (VISTA), a corps of domestic service volunteers created in 1965 to “alleviate poverty” in America’s most distressed regions that sits under the broader program AmeriCorps. It was my job to empower the teenage girls of southeastern West Virginia by fostering their academic excellence, their knowledge of the ecology and history of their home state, and their healthy emotional development. I eventually moved away from Pocahontas County but have since been back many times as a friend and worker and later as a reporter—that troubled and troubling term—because once I heard the story of Vicki and Nancy and the nine men, it would not leave me.

8. Though it was my job to work with the girls of Pocahontas County, most of the people I was closest to here were men. They worked construction jobs to make the money they needed and shared with me their music and their land. I existed in a relationship with them essentially as a friend and neighbor and fellow researcher looking into the word “alive.”

9. The idea of Appalachia is well understood; the real place, less so. It is a borderland, not truly of the South or the North, and West Virginia is the only state entirely within its bounds. Because of its enormous natural resources and their subsequent extraction, which has largely profited corporations based elsewhere, the relationship between the people of West Virginia and the broader United States of America is often compared to that between a colonized people and their colonizers. The programs of Lyndon Johnson’s War on Poverty that funneled national dollars and aid workers to central Appalachia, though founded on humanitarian ideas, also furthered this troubled interdependency.

10. Pocahontas County life demanded that women and girls be powerful in ways that the more urban places I’ve lived have not, or have even categorically denied. The masculinity I saw in Pocahontas County also encouraged emotional and physical closeness between men in ways I have rarely seen elsewhere.

11. If every woman is a nonconsensual researcher looking into the word “misogyny,” then my most painful and powerful work was done in Pocahontas County. It could have been done in any other place, because misogyny is in the groundwater of every American city and every American town, but for me, it was done here. Looking into the Rainbow Murders became part of this work.

12. According to the most recent FBI data, 74 percent of women who are murdered are murdered by men. In 84 percent of cases, the act of murder was not related to the commission of any other felony such as rape or robbery.

13. In America, protecting or avenging white women from a violation of their safety or sexual autonomy has been used time and time again to justify the unlawful incarceration of men—particularly poor men and men of color. To be conceptualized or to conceptualize oneself as a victim, as my friend the writer Sarah Marshall often reminds me, is the thing more than any other that inhibits personal and moral growth.

14. White men accounted for nearly 80 percent of suicide deaths in 2017, and men in West Virginia are committing suicide at a rate of almost three times the national average, according to the most recent comprehensive data by the US Centers for Disease Control and Prevention (CDC). These numbers do not take into account deaths by drug overdose, car accident, or workplace accident.

15. Friedrich Nietzsche famously wrote that in all desire to know, there is a drop of cruelty. The same may be true of the impulse to turn the messy stuff of many people’s lived experience into a single story. At the same time, stories are responsible for nearly everything in this life that has made me more free. Which stories are which and to what extent this story is an example of the former idea or the latter or both is an essential question of this book.

16. Elizabeth Johndrow hitchhiked with Vicki and Nancy across the United States. In the mythology of these events, Liz is known as “the third girl,” though she did not die. She’s not a girl anymore, but a woman with a son and a rich network of love. When I think of all this as a story, I think of her.

From The Third Rainbow Girl: The Long Life of a Double Murder in Appalachia by Emma Copley Eisenberg (Hachette Books, January 2020). Reprinted with permission from the publisher.

'Women′s Cinema, World Cinema: Projecting Contemporary Feminisms' By Patricia White
Our Memories and Our Archives can Create a Sustainable Future
Navigating a Book Launch and a Family Wedding: A Week in the Life of Sam Ross