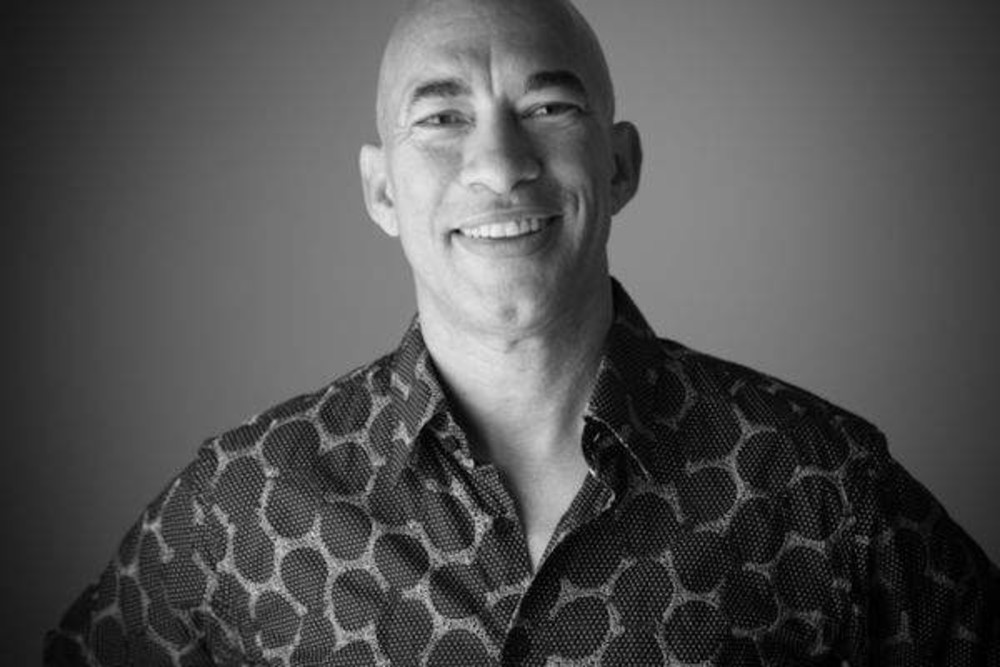 Cyrus Cassells won the 1981 National Poetry Series for his first book, The Mud Actor, as well as the 1997 Lambda Literary Award for his third book, Beautiful Signor. Since then, he’s published three more acclaimed volumes of poetry (More Than Peace and Cypresses, The Crossed-Out Swastika, and The Gospel According to Wild Indigo) as well as a book of translations from the Catalan of Francesc Parcerisas (Still Life with Children: Selected Poems). His first chapbook, More Than Watchmen at Daybreak, was released by Nine Mile on April 6, 2020.

To mark the occasion, I asked Cyrus about More Than Watchmen at Daybreak and other topics. Our interview follows.

You’re an avid traveler, and readers of your poems get to travel with you—to Japan, to Italy and Greece, to Charleston and the Sea Islands, and now, in More Than Watchmen at Daybreak, to New Mexico, where the Benedictine Monastery of Christ in the Desert is situated. How have the landscape and your sense of it inspired the chapbook?

A decade ago, a Bed & Breakfast host in downtown Santa Fe suggested that I visit Christ in the Desert, which is absolutely her “favorite place in the world.” She gave me a sizeable blanket and a picnic basket and sent me off down the miles of unpaved road along the Chama River that leads to the monastery. The magnificent area hills have a yellow layer that I’ve never seen anywhere else—what Georgia O’Keeffe called “Naples yellow.” Indeed, O’Keeffe’s legendary Ghost Ranch is just slightly down the main road from the monastery, in the midst of intensely red rock cliffs. Landscape and conveying the spirit of a place have always been important to me in my poems; I’ve even taught a workshop called “The Landscape Thinks In Me,” based on a quote from Cezanne: “The landscape thinks itself in me, and I am its consciousness.”

There is a profoundly spiritual dimension to your work. In the title poem, you speak of being “thirsty” and of your “innermost hunger for return,” addressing both “Lord Buddha” and the “God of Abraham.” How have different spiritual traditions and teachers influenced you as a person and informed your poetic practice?

As a child, I was very interested in ritual, music, and religion—so much so that I considered possibly becoming a minister or priest. Raised in the Methodist and Episcopal churches, I actually envied my Catholic cousins their Saint Christopher medals, their Hail Mary’s, their numerous saints’ days, and strict uniforms. In college, I became interested in reincarnation and Eastern philosophy; at twenty-one, I was an exchange student in Japan (my minor at Stanford was in Japanese literature), so I was exposed to Buddhism and Shintoism. Spiritual questing is certainly a key theme in my work, but the poems aren’t meant to represent any one particular spiritual practice or belief system.

Although More Than Watchmen at Daybreak is lush with images of natural beauty, it is also deeply concerned with human suffering. How do the two relate, for you? Do silence and introspection relate to bearing witness to atrocity and navigating loss?

Abetted by silence and the natural beauty of the desert, I found a mental and emotional spaciousness ample enough to consider some of the troubling incidents that I had witnessed beforehand, including the perilous, attention-grabbing fires in California and Greece. I also had an opportunity to further mourn the death of a longtime friend, whom I was with just as he died.

Who have you been reading lately?

In the past few months I’ve read What You Have Heard is True: A Memoir of Witness and Resistance by Carolyn Forché; Deaf Republic by Ilya Kaminsky; Survivor Café: The Legacy of Trauma and The Labyrinth of Memory by Elizabeth Rosner; The Passion of Frida Kahlo—Beauty is Convulsive by Carole Maso; On Earth, We’re Briefly Gorgeous by Ocean Vuong; and The Nickel Boys by Colson Whitehead.

You’ve had a long career as a professor and have mentored many poets. What’s the most important lesson you have ever learned?

It’s important to listen and read deeply in an attempt to mirror what’s genuine and distinctive about each poet’s voice.

You’re also a film critic, having been nominated for a Pulitzer for your work in The Washington Spectator last year. (I particularly enjoyed your review of Call Me By Your Name.) Since it’s now 2020, what are your top films of the last decade?

Casting back over the decade, the most memorable for me, in alphabetical order: Call Me By Your Name, Cold War, Laurence Anyways, The Master, Melancholia, Moonlight, Roma, A Separation, Silence, Stranger by the Lake, The Social Network, and Three Billboards Outside Ebbing, Missouri.

Congratulations, by the way, on recently winning a Guggenheim fellowship. Can you tell me a bit about your project?

Dragon Shining With All Values Known is giant abecedarian poem that focuses on notions of currency and worth in the 21st century.

The Going of the Inland Soul to Sea is a sequence about the legacy of Father Damien, the 19th Belgian priest who worked with lepers quarantined on the Hawaiian island of Molokai. My project considers, as counterparts to Damien, nurses and healers working in San Francisco during the early years of  the AIDS pandemic. In the Catholic Church, Damien is now the patron saint of both leprosy (Hansen’s disease) and HIV/AIDS.

What’s next for you this year?

Finishing my novel in verse, Reindeer in a Sunshine Land, about Minik Wallace, “The New York Eskimo” brought to Manhattan by the explorer Robert Peary in 1897. This is a project that I’ve been working on for several years.

And one more question, to give you the chance to shed light on whatever you see fit. Is there anything—whether related to poetry or not—you think people should be talking about that they’re not talking about as much as they ought to be? If so, what?

I think we have to keep talking about child detention and child sex trafficking; they’re moral, social, and political catastrophes that are going to haunt our country and the world-at-large for years to come. I’ve written a six-part sequence about these issues called “Icebox,” which will be published soon in Poetry International; “Icebox” is part of the final section of my seventh book of poems, The World That The Shooter Left Us,due out from Four Way Books next year.

Thanks for chatting with me, Cyrus. The chapbook is incredible! Where can people grab a copy?

The chapbook is out now. You can order it here .