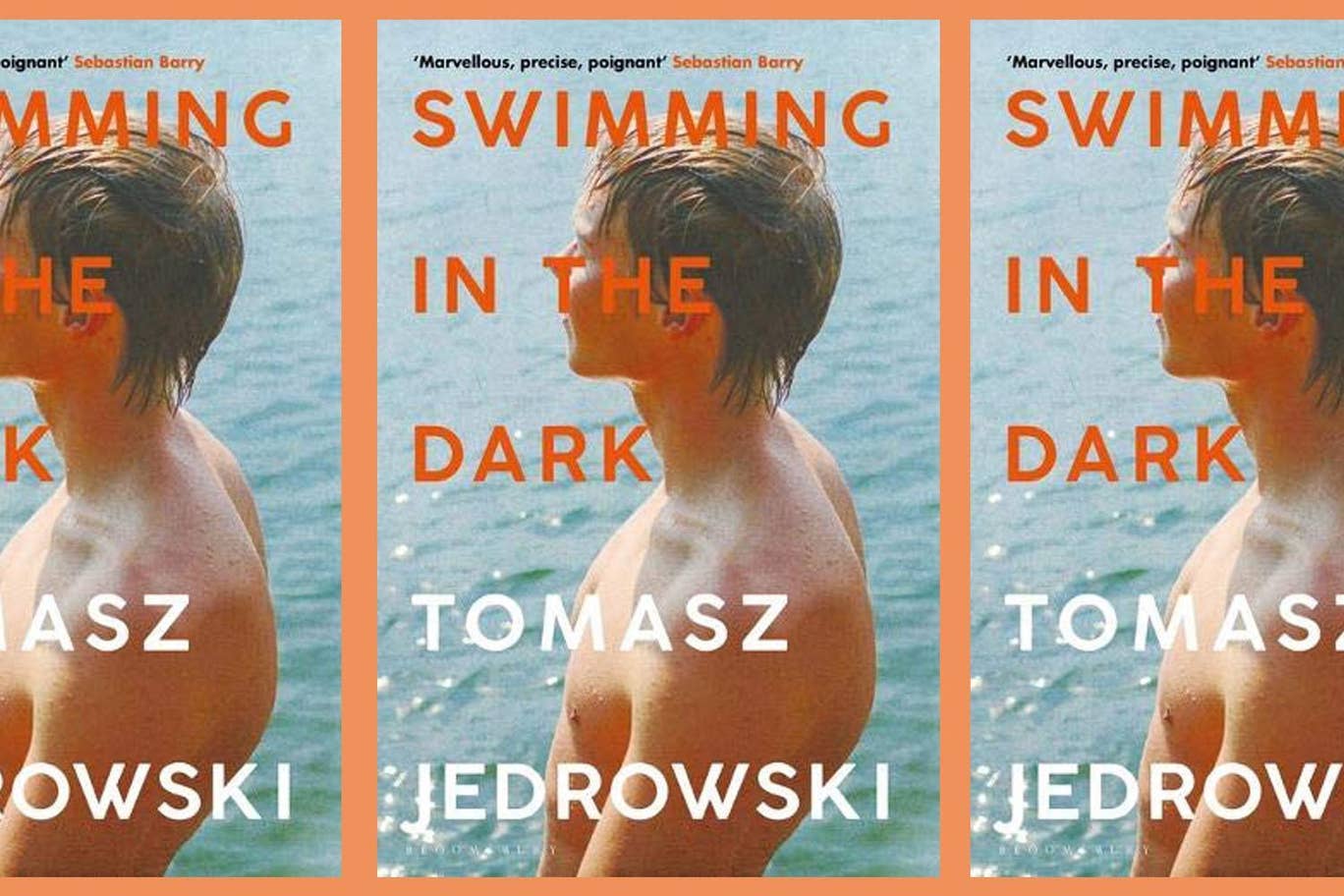 Most Anticipated LGBTQ Books of April 2020

Most Anticipated LGBTQ Books of April 2020 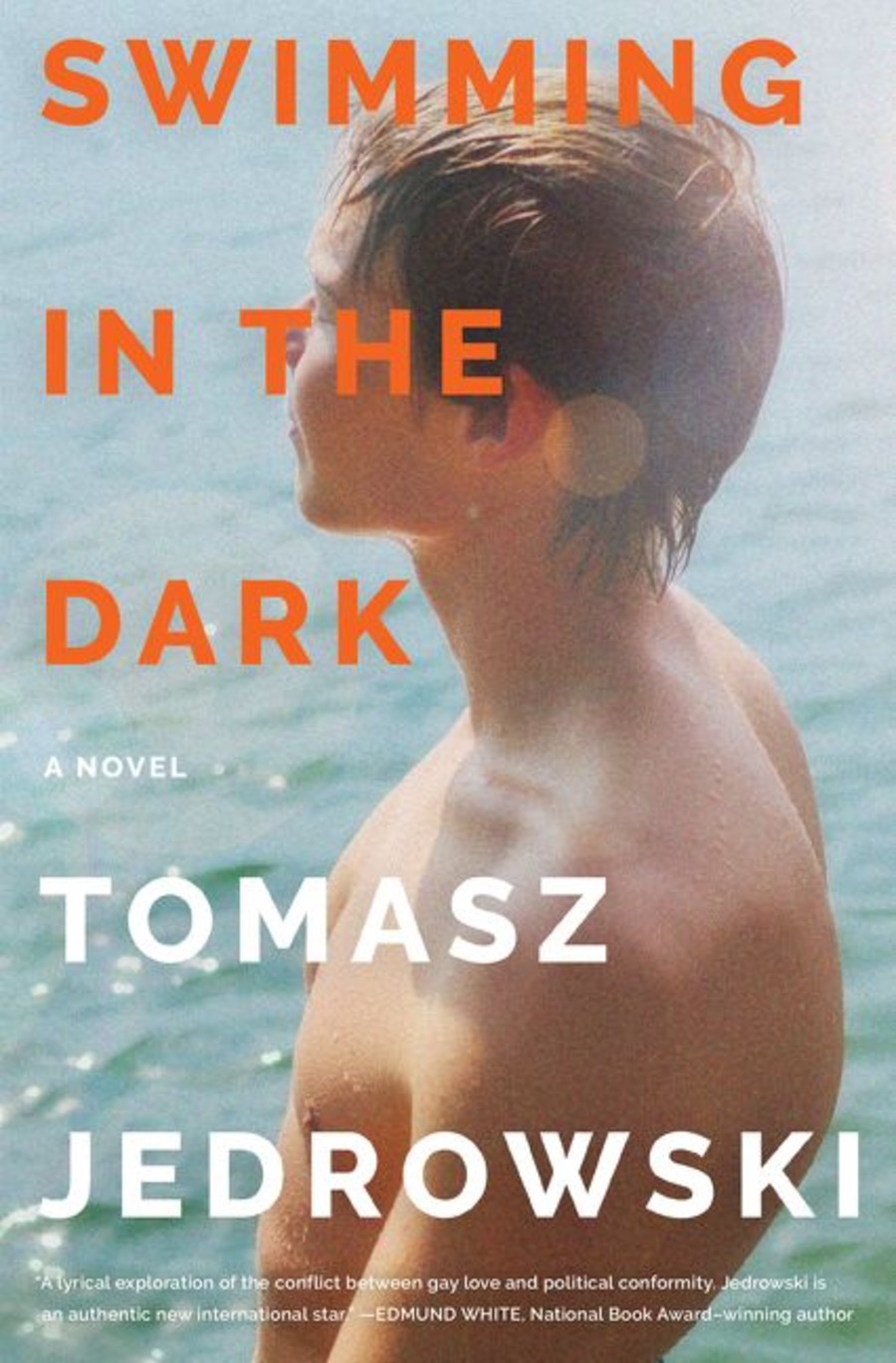 Well, March was horrific. April will be, too. But I think the one thing keeping us all sane throughout this pandemic is the outpouring of loving kindness and generosity on full display. First of all, the number of artists sharing free content to keep us connected and contented despite facing major financial burdens themselves is absolutely astonishing. Second, look at all the retired health care workers volunteering their services in the face of disaster. Humanity will prevail, and that’s why we are still reading, laughing, sharing, creating, teaching, learning, and listening. With that, here are the most anticipated LGBTQ releases for the month of April.

Tomasz Jedrowski’s epic debut novel, Swimming in the Dark, maps a troubled romance in 1980s Poland, against the backdrop of the violent decline of communism.

When university student Ludwik meets Janusz at a summer agricultural camp, he is fascinated yet wary of this handsome, carefree stranger. But a chance meeting by the river soon becomes an intense, exhilarating, and all-consuming affair. After their camp duties are fulfilled, the pair spend a dreamlike few weeks camping in the countryside, bonding over an illicit copy of James Baldwin’s ‘Giovanni’s Room.’ Inhabiting a beautiful natural world removed from society and its constraints, Ludwik and Janusz fall deeply in love. But in their repressive communist and Catholic society, the passion they share is utterly unthinkable.

Once they return to Warsaw, the charismatic Janusz quickly rises in the political ranks of the party and is rewarded with a highly-coveted position in the ministry. Ludwik is drawn toward impulsive acts of protest, unable to ignore rising food prices and the stark economic disparity around them.

Their secret love and personal and political differences slowly begin to tear them apart as both men struggle to survive in a regime on the brink of collapse. Shifting from the intoxication of first love to the quiet melancholy of growing up and growing apart, ‘Swimming in the Dark’ is a potent blend of romance, post-war politics, intrigue, and history.

This month, LGBTQ history gets a colorful retelling in Ashley Molesso and Chessie Needham‘s The Gay Agenda. Described as a “joyful celebration of the LGBTQ+ community’s development, history, and culture,” this book is a beautiful exploration of our community’s tragedies and triumphs.

Compiled and designed by queer power couple and illustrators extraordinaire, Ashley Molesso and Chessie Needham, founders of the popular Brooklyn stationery company Ash + Chess, ‘The Gay Agenda’ is an inviting and entertaining guide that pays tribute to the LGBTQ+ community. Filled with engaging descriptions, interesting facts, helpful features—such as historical queer icons and events and LGBTQ+ acronym definitions—this fabulous compendium illuminates the transformation of the community, highlighting its struggles, achievements, landmarks, and contributions. It also salutes iconic members of the LGBTQ+ community—the celebrities, politicians, entrepreneurs and ordinary citizens who have made a notable impact on gay life and society itself.

Don’t miss Jennifer Finney Boylan’s memoir, Good Boy: My Life in Seven Dogs! Jennifer Finney Boylan is an American author and trans activist, who is also a professor at Barnard College of Columbia University and a contributing opinion writer for The New York Times. Go to the publisher’s website (linked below) for an intriguing excerpt!

In her ‘New York Times’ opinion column, Jennifer Finney Boylan wrote about her relationship with her beloved dog Indigo, and her wise, funny, heartbreaking column went viral. In ‘Good Boy,’ Boylan explores what should be the simplest topic in the world, but never is: finding and giving love.

‘Good Boy’ is a universal account of a remarkable story: showing how a young boy became a middle-aged woman—accompanied at seven crucial moments of growth and transformation by seven memorable dogs. ‘Everything I know about love,’ she writes, ‘I learned from dogs.’ Their love enables us to pull off what seem like impossible feats: to find our way home when we are lost, to live our lives with humor and courage, and above all, to best become our true selves.

Named a Most Anticipated Book of 2020 by Buzzfeed, Library Journal, The Millions, and The Rumpus, What is the Grass: Walt Whitman in My Life is the latest collection of biography, criticism and memoir by National Book Award–winning poet and best-selling memoirist Mark Doty. Mr. Doty is considered to be one of the most accomplished writers of his generation and is, in fact, often compared to the likes of Walt Whitman himself.

What is it then between us? Whitman asks. In search of an answer, Doty explores spaces—both external and internal—where he finds the poet’s ghost. He meditates on desire, love, and the mysterious wellsprings of the poet’s enduring work: a radical experience of transformation and enlightenment, queer sexuality, and an obsession with death, as well as unabashed love for a great city and for the fresh, rowdy character of American speech. In riveting close readings threaded with personal memoir and illuminated by awe, Doty reveals the power of Whitman’s persistent presence in his life and in the American imagination at large.

Love Child’s Hotbed of Occasional Poetry was recently the subject of NPR’s National Poetry Month talk series. Poet and Professor Nikky Finney has been writing for over fifty years. After the publication of The World is Round, Finney was invited to Smith College, in Northampton, Massachusetts, where she served for two years as the Grace Hazard Conkling Writer-in-Residence, from 2007 to 2009. She was the Guy Davenport Endowed Professor of English at the University of Kentucky for twenty years. In 2013, she accepted a position at the University of South Carolina as the John H. Bennett, Jr. Chair in Southern Letters and Literature. She has won the National Book Award for Head Off & Split and has been nominated for the NAACP Image Award for Outstanding Literary Work.

‘Love Child’s Hotbed of Occasional Poetry’ is a twenty-first-century paean to the sterling love songs humming throughout four hundred years of black American life. National Book Award winner Nikky Finney’s fifth collection contains lighthouse poems, narrative hotbeds, and treasured artifacts—copper coins struck from a new matrix for poetry, one that testifies from the witness stand and punctuates the occasional lyric within a new language of “docu-poetry.”

The ancestors arise and fly, and the black female body is the “insurgent sensualist,” hunted but fighting to live and love in the ways it wants and knows best: “I loved being / a black girl but had not yet learned / to play dead . . .”

The tenderness of a father’s handwritten notes shadows the collection like a ghost, while the treasured, not-for-sale interiority of a black girl’s fountainhead takes over every page. “One yellaw gal with an all-black tongue has gone missing.” Finney has composed a new black spiritual, and one of the great voices of our time again stamps her singular sound into the new day.

Noted as one of the most anticipated books of 2020 by LitHub, The Knockout Queen is proving to be a knockout itself. The novel’s author is Rufi Thorpe, whose debut book, The Girls from Corona del Mar, was long-listed for the 2014 International Dylan Thomas Prize and for the 2014 Flaherty-Dunnan First Novel Prize. (Also, check out Rufi’s knockout essay on writing and motherhood here).

On The Knockout Queen, from the publisher:

Bunny Lampert is the princess of North Shore⁠—beautiful, tall, blond, with a rich real-estate-developer father and a swimming pool in her backyard. Michael⁠⁠—with a ponytail down his back and a septum piercing⁠—lives with his aunt in the cramped stucco cottage next door. When Bunny catches Michael smoking in her yard, he discovers that her life is not as perfect as it seems. At six foot three, Bunny towers over their classmates. Even as she dreams of standing out and competing in the Olympics, she is desperate to fit in, to seem normal, and to get a boyfriend, all while hiding her father’s escalating alcoholism. Michael has secrets of his own. At home and at school Michael pretends to be straight, but at night he tries to understand himself by meeting men online for anonymous encounters that both thrill and scare him.

When Michael falls in love for the first time, a vicious strain of gossip circulates and a terrible, brutal act becomes the defining feature of both his and Bunny’s futures⁠⁠—and of their friendship. With storytelling as intoxicating as it is intelligent, Rufi Thorpe has created a tragic and unflinching portrait of identity, a fascinating examination of our struggles to exist in our bodies, and an excruciatingly beautiful story of two humans aching for connection.

Kelly Cogswell: My Life as a Lesbian Avenger
It Came From the Closet is Seeking Writing that Centers Horror Movies
Seven Shimmering LGBTQ YA Novels to Illuminate Winter Nights