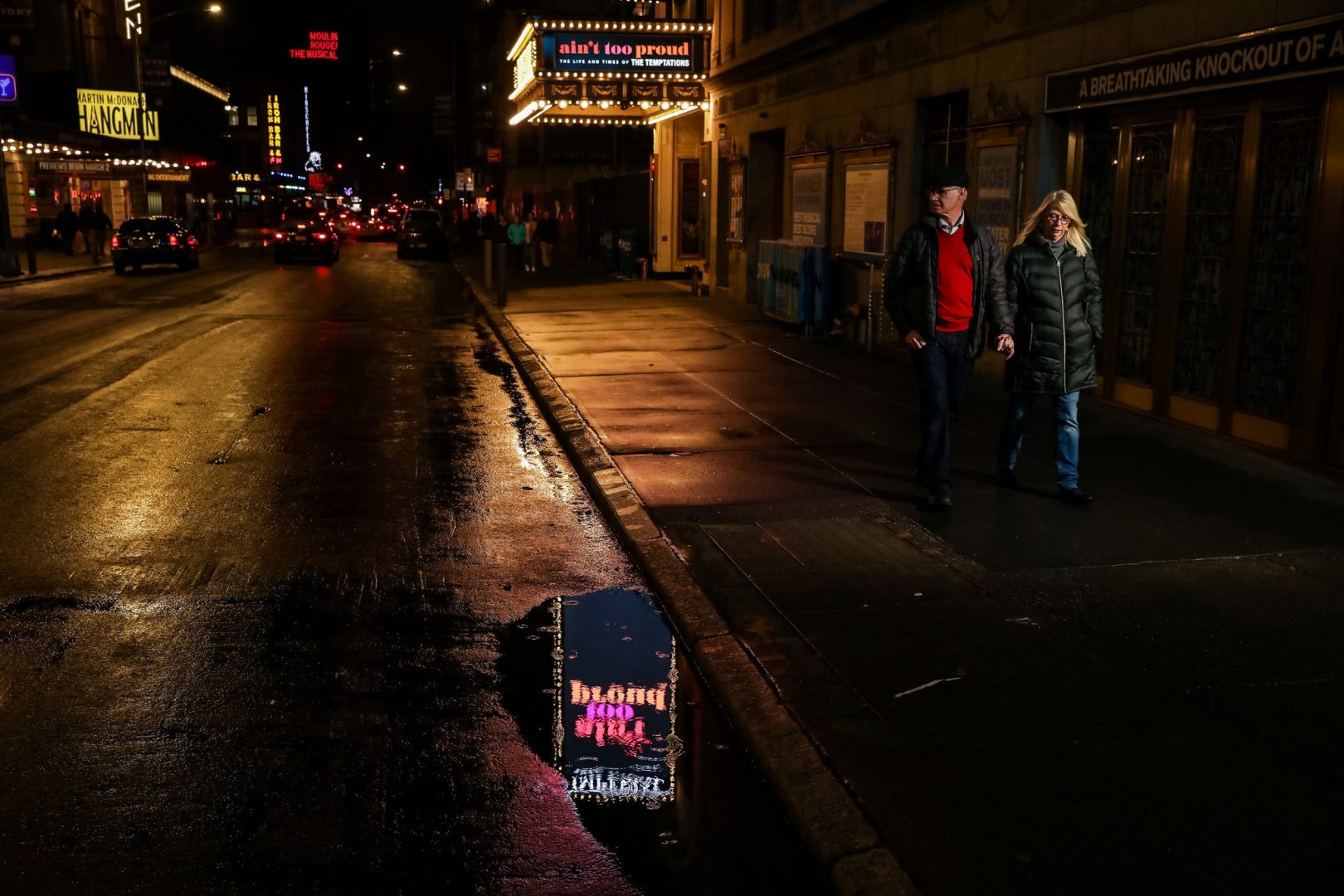 Natalie Diaz, Fenton Johnson, and the Past and Future of Broadway

Natalie Diaz, Fenton Johnson, and the Past and Future of Broadway 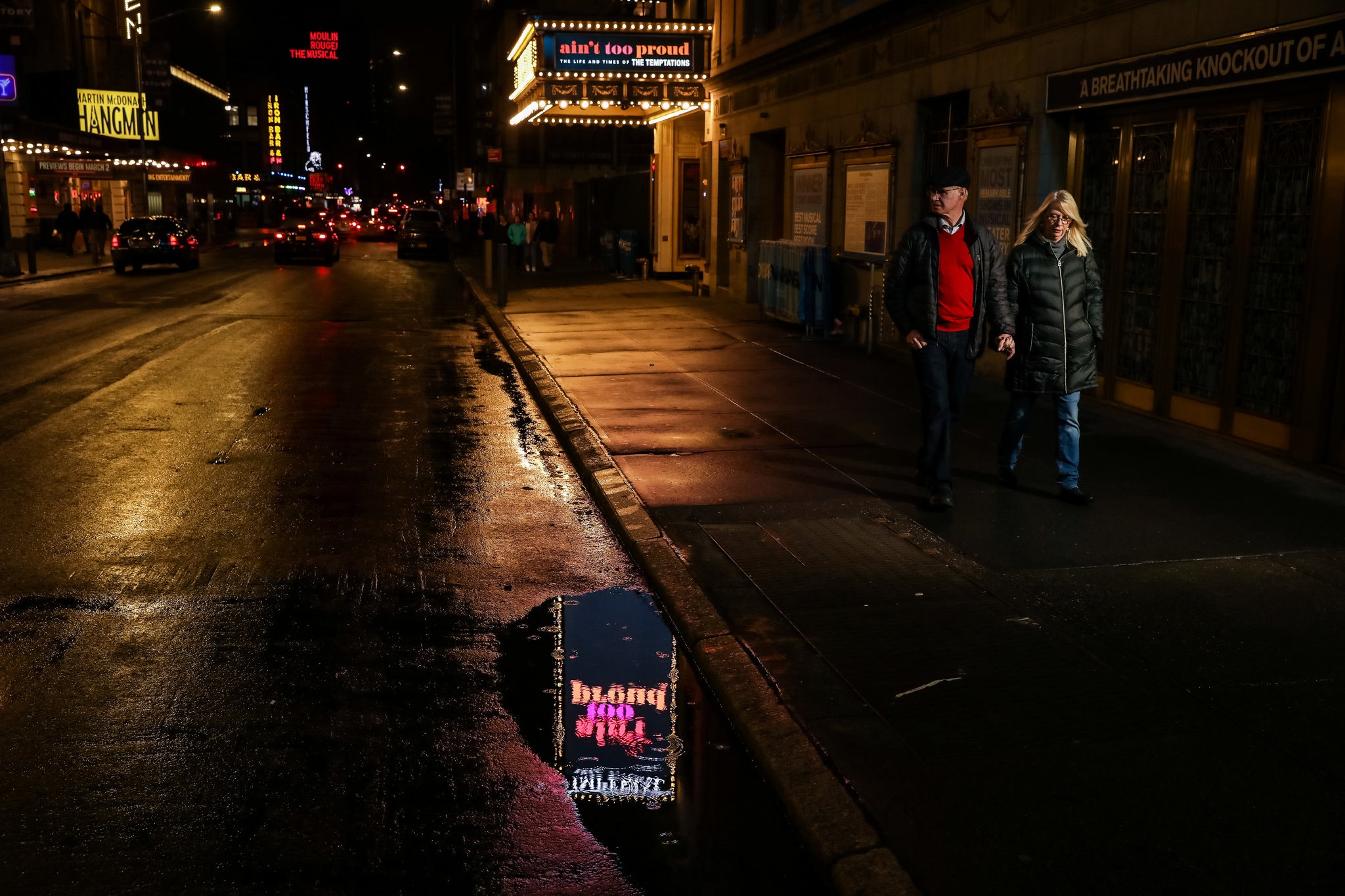 As we make daily lifestyle changes in light of the Coronavirus pandemic, now more than ever is a time for community. A community that stands six feet apart and refuses to share hors’devours, maybe so. But still, we must support one another, especially writers and other artist freelancers who will undoubtedly be facing tough times ahead as major cultural and artistic gatherings are not possible for the time being. If it’s anything queer artists can do, it’s endure. Let’s take a moment to celebrate the work of the LGBTQ+ members of the writing community, from playwrights to poets.

My newly officiated stepfather was not amused when he saw I sent my mom a New York Times article entitled, “The Case For Staying Single.” However, to say that Lambda Literary Award winning Professor Fenton Johnson is against relationships would be reductive and untrue. He makes a brilliantly argued point for why people who consistently turn to the inner source of their inspirations have prolific and fulfilling lives. This is a must read for any writer and is sure to make some shortlists for creative nonfiction awards. Check out Fenton’s forthcoming book here.

On the flip side of the coin, hear what critically acclaimed Brandon Taylor has to say on the writing life: “Writing a novel ruins your life in really specific ways. Because you have to live inside of it. It’s just this sustained exercise in being miserable.” On a more serious note, he offers highly useful insight into how the white-dominated literary world talks about black art and experience.

In Lit Hub, Zee Francis tracks the queer southern literary cannon, offering a discerning analysis into what how My Antonia redefines the “American Archetype of Rural Queerness. ”

My Ántonia’s real distinction, for me, lies in that it’s one of the most layered fictional examinations of rural queerness I’ve ever read. No one in My Ántonia is “out,” of course (not even to the reader) but this also grants Cather the freedom to examine the lives and experiences of her queer-coded characters in a way that is pleasantly devoid of the usual homophobic setbacks and trauma. Contrary to the now-standard narrative of suffering and escape, Cather’s ostensibly queer characters are allowed to find joy in their work and social lives, to appreciate the beauty of nature and the support of neighbors and family, and even to love the place in which they find themselves.

See which of your favorite LGBTQ authors are 2020 Lambda Literary Award Finalists! Can we make Facebook Lammy Predictions a thing, like that same handful of Facebook friends (mostly theatre majors from liberal arts colleges) does every single year for the Oscars?

Need another LGBTQ reading list? The folks at Publishing Triangle have announced the nominees for the 32nd Annual Triangle Awards.

If there’s any genre that has exponentially exploded with queer characters and storylines over just the last few years alone, it’s Science Fiction and Fantasy. Learn what series are queering science fiction and fantasy. from the experts at….you guessed it, Tor!

Time for a Golden Girls moment. Picture This: South Florida: All The Freaking Time. I’m in Publix, excited about buying a famous Pub Sub (literally fried chicken in white bread) when some friendly but out-of-touch beach bums try to get in touch with the times by saying something outrageously offensive, such as “I identify as a Pub Sub.” In these moments, I wish I had a speech prepared. Well guess what? If you ever hear anyone saying how some colors in our rainbow aren’t real or a fad, now you have that speech. Check out this article about asexuality in the archives, which tracks the literary trail of asexuality over the decades.

Rebecca Solnit’s new memoir, Recollections of My Non-Existence is a continuation of the brilliant conversation of gender bias that she’s been building for decades through various forms of literature. Her writing often depicts her immersion into queer culture, and how it inspired her, as a woman, to free herself: “Gay men, she writes, ‘modeled for me the radical beauty of refusing your assignment, and if they did not have to be what they were supposed to be, then neither did I.”

I got chills just from reading three lines of Postcolonial Love Poem by award-winning poet and professor, Natalie Diaz from this New York Times review. This review also serves as an informative introduction to what the term “colonization” contains for people whose communities have suffered or dissipated at its hands. I’m leaving this here:

They are only light because we are dark.

If we didn’t exist, it wouldn’t be long before

They had to invent us. Like the light switch.

Another queer woman who has attained much success this year is Jordan Kisner, author of Thin Places: Essays of In Between. Her collection of 13 essays is praised for its holding of gravity and humor, and for its argument that life’s meaning is noticed only through uncertainty.

In the words of Collins and Angel in Rent, “To Sontag! To Sondheim!” Both legends in their own right, and every so often someone has something to say about them, but this week it was Stephen Sondheim, the lyricist and composer whose prolific career on Broadway remains unparalleled, who at 89 years old has made it in the New York Times twice in one week. Here, and here….if you’re on a time crunch and have to choose, read the first if you like some sap and the second if you kind of get off on the whole theater vs musical theater shenanigans.

Filipinx-American performer, cultural strategist, and poet Kay Ulanday Barrett takes part in an interview with them on living and writing at the intersection of race, gender and disability. Kay’s new poetry collection, More Than Organs, is available from Sibling Rivalry Press.

When I read this, my heart truly sank. Matt Crowley, best known for his play The Boys in the Band, which after fifty years finally made it to Broadway in 2018, passed away at 84 years old on March 7th, 2020. I’m so grateful I got to see it, back when I could afford Broadway tickets (or was young and dumb enough to think I could). I’m so grateful I took Queer Theatre in school and had to read it. The play was never perfect, but it didn’t have to be perfect to be revolutionary. As Director of the revival Joe Mantello puts it, ” the people who criticize the play… have the luxury to do so because of the play.”

Stop what you’re doing, Sarah Ruhl has written something and it’s brilliant (redundant, I know). And hopeful. The Broadway shut-down (and subsequent cancellations of Off-Broadway performances as well) have crushed the hearts of so many loved ones in show-business. So much is so frightening. But in this opinion article, Ms. Ruhl reminds us of that artists, queer or otherwise, have survived “The Plague” before. ” The theater has survived a plague before, not only in the 1600s, but also in the 1980s. And the theater, with its tender heroism, empathy and propensity to help others, will survive again.” Ms. Ruhl offers, when in doubt, stay home and write love poems. That’s what Shakespeare did.