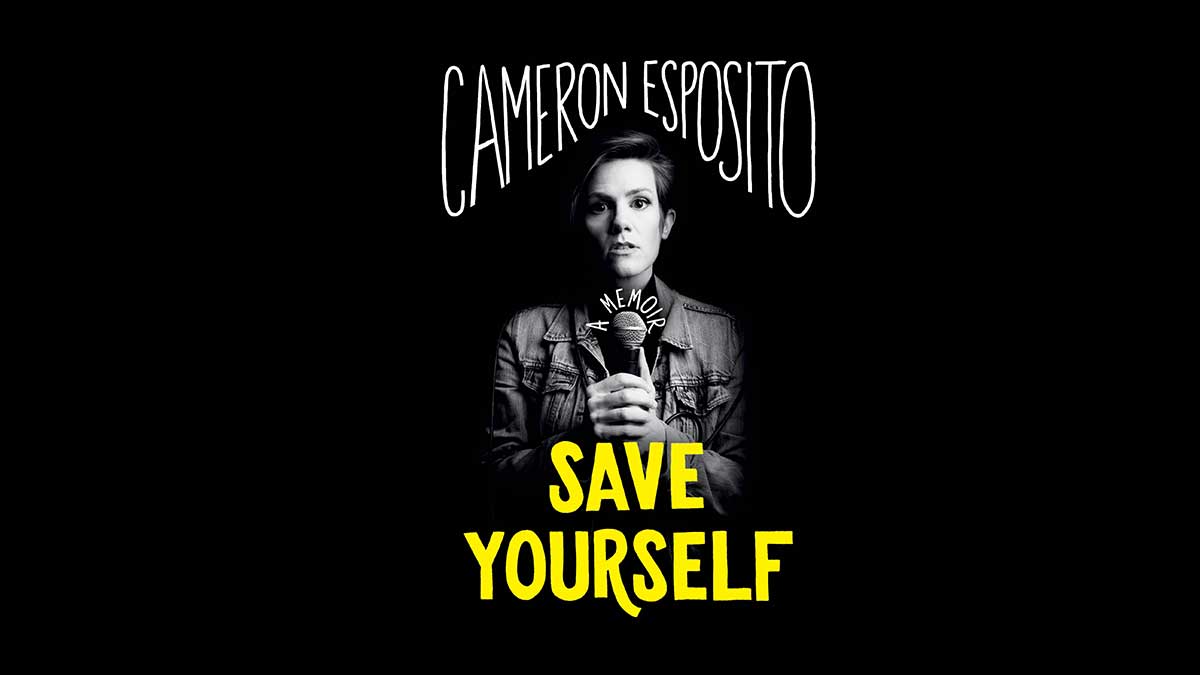 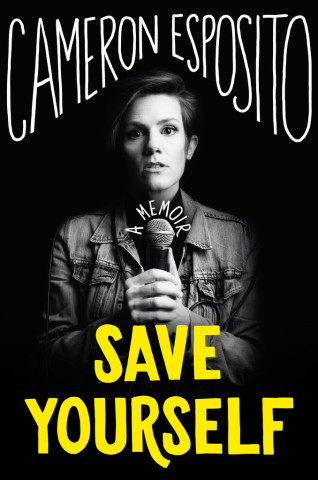 Esposito describes her younger self as, “a collection of loose ends—glasses, braces, eye patch, and my circular haircut that harkens to mind that container to hold soup.” The eyepatch, which was used to correct her crossed eyes, is unfortunately not the fun pirate kind. Raised in a Catholic household in a picturesque suburb outside of Chicago, she was a gender non-conforming kid, one who flourished the most during Halloween.

With adolescence came an increased pressure to conform to gender roles. So, while she’s a part of student government and dating one of her high school’s star athletes, she’s internally grappling with confusing feelings about her boyfriend and her best friend.

While attending college, Esposito experiences external and personal revelations about the Catholic church that ultimately shake her faith–this while meeting the person who would be her first girlfriend. With her parents not initially accepting, Cameron must meet with her girlfriend clandestinely. This begins something of a new chapter in her life, kickstarted by consuming nearly all the queer and queer-adjacent content she can find. She hits well-known queer life milestones like getting involved in complicated romantic situations and joining an improv comedy troupe.

Esposito soon finds her calling is stand-up comedy. It’s a hard road, filled with open mics and minimal bookings, especially for women. This is why she builds figurative infrastructure in the form of the Feminine Comique course which continues to make more space for women in the Chicago comedy scene. Also, around this point of time, she joins the circus—but only for a month or two.

If you’re not familiar with Esposito, I recommend watching clips of her stand-up online or listening to her podcast, Queery. She has a specific and engaging cadence, which once in your head, helps in how the book ‘sounds.’ This performance style did not always translate its full effect to the page. There are occasional moments where the narrtive was not moving forward because of the writing, but because of the compelling nature of Esposito’s story and her natural charisma exuding from the page. Additionally, the structure of the memoir is like a comedy album, where each track can stand by itself, and so the occasional use of framing devices take getting used to.

These critiques aside, Esposito has more than succeeded at the dual tasks of telling the story of (most of) her life so far while also providing laugh-out-loud commentary alongside it. With it being a pleasantly raucous reminiscence, the moments of insight stand out. Some of these flashes of brilliance are strikingly funny, such as the extended metaphor that shows the short distance between driver’s ed and sex ed. Other times her sage wisdom gave me a contemplative pause, such as when she discusses how the secrecy that queer people sometimes employ to survive family members and hometowns has the tendency to seep into other relationships if they aren’t careful.

Cameron Esposito ends her memoir with the title. It’s a rejection of one of the main tenets of the Catholicism she was raised in, one that asked her to save herself for someone or something, and a call for self-agency. But Save Yourself has another meaning, one that’s almost literal. Present-day Cameron keeps a photo of her younger self (in a Garfield costume) as her bravely weird kid sensibility provides her a source of strength. In return, Cameron has written a memoir that would have illuminated the world for her younger self and will hopefully do so for those “weird” kids like her.

'Cornered: 14 Stories of Bullying and Defiance' edited by Rhoda Belleza
'In the Empire of the Air: The Poems of Donald Britton' Edited by Reginald Shepherd and Philip Clark
'Manning Up: Transsexual Men on Finding Brotherhood, Family & Themselves' edited by Zander Keig and ...