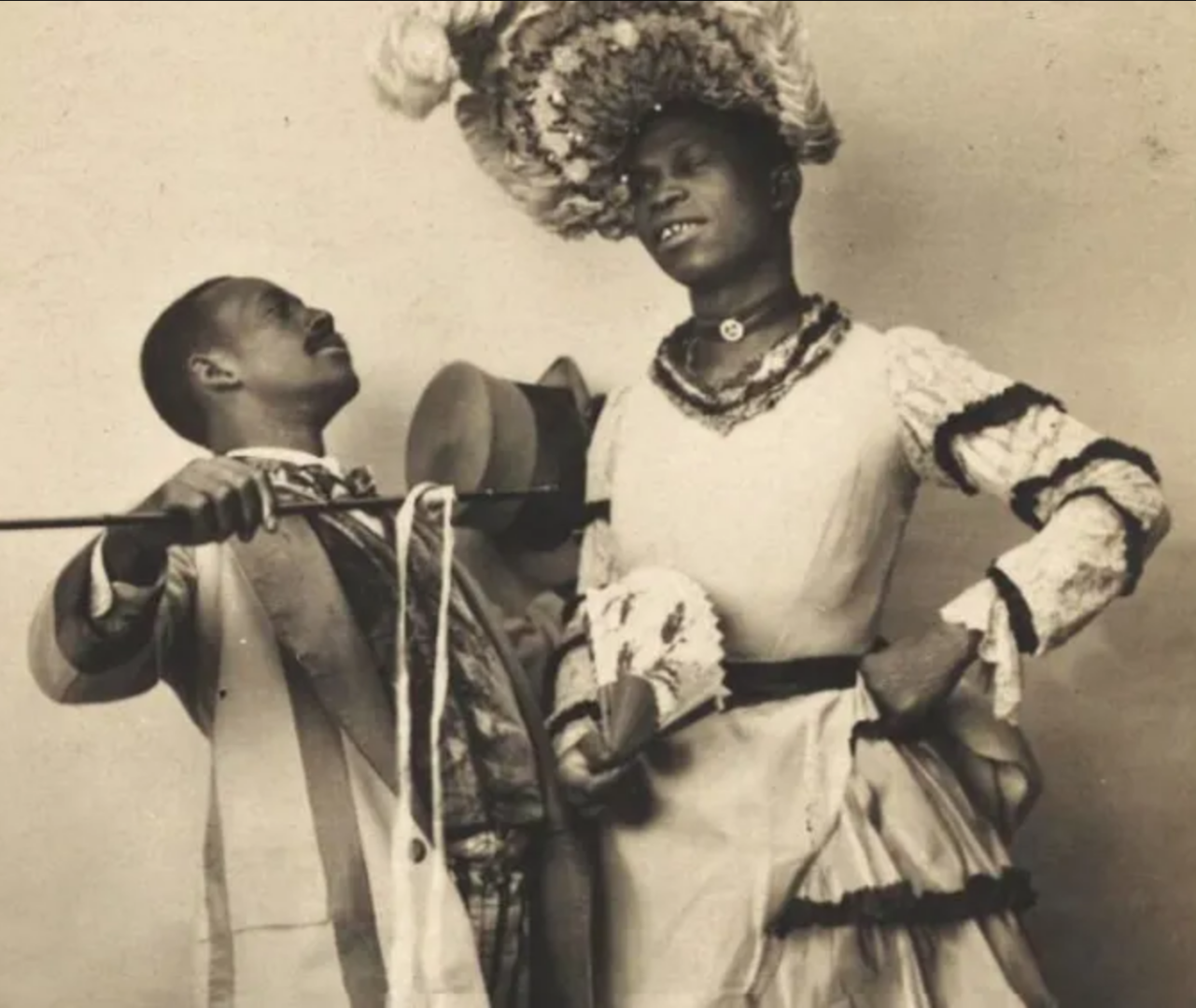 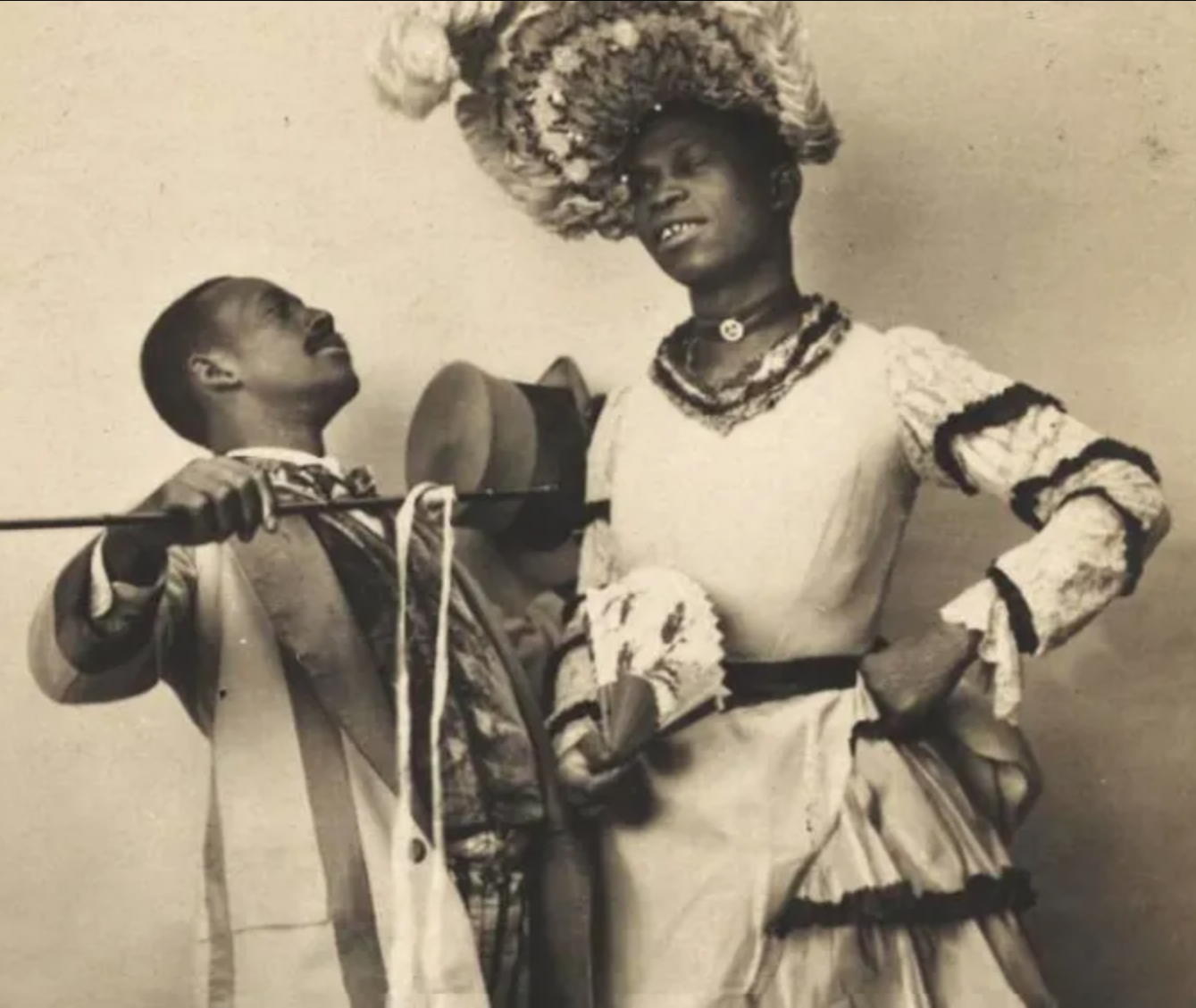 Did you know that this February marks the 50th anniversary of the first Black History Month celebration? In honor of this joyous occasion, in this week’s roundup, we’ll be introducing you to the first drag queen who happened to be a former slave, hear about the whirlwind experiences from the cast and crew of Broadway’s latest hit Slave Play, and introduce you to the first trans character in the Marvel Cinematic Universe!

Many of us were thrilled to see Netflix release the 1968 documentary The Queen which highlights the drag ballroom scene from the 60s. But if you thought that drag began in the 20th century then you’re sadly mistaken!

In Channing Gerard Joseph’s new piece in The Nation, “The First Drag Queen Was a Former Slave,” we get a chance to learn about the incredible life of William Dorsey Swann, also known as “the Queen.” In his forthcoming book, Dorsey uncovers the life of Swann, who was a former slave who reigned over a secret world of drag balls in Washington, DC, in the 1880s.

Born in Maryland around 1858, Swann endured slavery, the Civil War, racism, police surveillance, torture behind bars, and many other injustices. But beginning in the 1880s, he not only became the first American activist to lead a queer resistance group; he also became, in the same decade, the first known person to dub himself a “queen of drag”—or, more familiarly, a drag queen.

We are still gagging over this extraordinary uncovering of history! Thanks Channing for telling this incredibly important story! Read more about the first drag queen here.

Without a doubt, Jeremy O. Harris’s Slave Play became the talk of the town last year as it swiftly moved from off-Broadway to Broadway in what felt like a matter of weeks. The controversial play depicts the stories of three interracial couples undergoing a form of sex therapy that had them role-play as figures on an antebellum plantation. Slave Play recently finished it’s 19-week run at the 800-seat Golden Theater and its cast and crew were interviewed by The New York Times, where, among many things, they spoke about bringing Black audiences to Broadway.

“It felt more like church. When I walked up to my seat with five minutes to go until curtain, I realized we would never be starting on time because everyone there was communing with each other. It wasn’t just having 800 black people in the Broadway theater. We actually took over the space.” – Jeremy O. Harris

Keep reading to see what the rest of the cast had to say about their Broadway experience.

After Courtney Milan so boldly called out several writers for racist literary stereotypes and discriminatory practices at high levels in the industry, My Web Times took it upon themselves to highlight the work of queer and writers of color producing great romance novels that deserve more attention.

Of the 8 books mentioned in “The B-List: Romance is for Everyone” here are two queer writers of color that you definitely should check out.

Alyssa Cole (contemporary, historical). Whether you prefer the “royals in disguise” trope, modern settings with fierce heroines or historical adventures that never shy from the gritty truths, Cole’s got you covered. Her Reluctant Royals series feels like the best kind of rom-com in book form, while her Loyal League trilogy features interracial romance and daring spies during the Civil War.

Do you have little time to read yet the desire to consume tons of literature? That’s what audiobooks are for! Fortunately, the folks at Book Riot released “5 QUEER AUDIOBOOK MEMOIRS READ BY THEIR AUTHORS” that highlights some incredible writers that you’re all familiar with.

The list includes How We Fight For Our Lives by Saeed Jones, Long Live The Tribe of Fatherless Girls by T Kira Madden and more…

So, don’t let your lack of time get in the way. Download the audio-book edition of these masterpieces and you’ll be caught up like the rest of us!

Many Marvel fans were excited to learn that Marvel’s upcoming Disney+ series Loki will feature Sera, MCU’s first transgender character. Loki, is set to debut in the spring of 2021, and will reunite viewers with Tom Hiddleston’s popular Thor villain Loki. Here’s what we’ve learned about the show and Sera’s presence in the franchise so far!

Marvel plans on introducing the comics character Sera in the first season of Loki. This would make her the first transgender character to appear in the MCU in a major role. In the comics, Sera is an Anchorite, or wingless Angel of Heaven, and the only one who identifies as female. She’s married to Angela, who is Loki’s adoptive sister and Thor’s half-sister in the comics, thus explaining the connection to the Loki series.

YES Marvel for making space for trans characters to live on screen. We’re excited to see what comes from this new endeavor!

Late last year, the internet was set ablaze after learning of alleged transphobic remarks made by famed author, J.K. Rowling. Since then (and much before), there have been many conversations centering the need for more trans representation in YA literature. That’s why we’re so happy to share this remarkable list of “Fantasy And Sci-Fi Books For Trans Kids And Teens”.

Start off by reading From the Stars in the Sky to the Fish in the Sea by Kai Cheng Thom, Wai-Yant Li & Kai Yun Ching, where you’ll learn about Miu Lan who can change into anything they want to be: “boy, girl, bird, fish, tree, star, and sometimes all at the same time!”

Next, dig into Julian is a Mermaid by Jessica Love, which follows a “gender creative kid who wants to be a mermaid.  Julián’s abuela takes him to a mermaid parade! Perfect for readers Pre-K to Gr. 3, but heartwarming for all!”

And don’t forget about PET by Akwaeke Emezi. This thrilling YA fantasy novel is about justice and violence. It follows Jam, “a Black trans girl, who has been taught that monsters don’t exist anymore…until her mother’s monster painting comes to life.”

Typically when folks die, they try to leave an inheritance to the ones they love the most. And Jonathan Cutbill, founder of Gay’s The Word bookshop in London’s Bloomsbury, just left the kind of inheritance that readers will treasure for life. When he died in May 2019, Jonathan made sure to go out with a bang by donating his entire LGBT collection of books to the University of London.

His collection, which dates back to 1760, will be moved from his Shrewsbury home to the University of London. Mr Cutbill’s collection includes novels, pamphlets and newspapers, including all the copies of Gay News, which ran for 11 years.

We’re sad to see you go Jonathan, but we’re so thrilled to see your legacy live on through the special literature you’ve collected.

Lastly, we recently learned about the death of writer Donna Allegra. Donna is the author of Witness to the League of Blond Hip Hop Dancers: A Novella and Short Stories which was published in 2000. She has been a beloved member of the Brooklyn queer literary community for many years and will be deeply missed by those who loved her. Join us in bidding farewell to this talented friend.