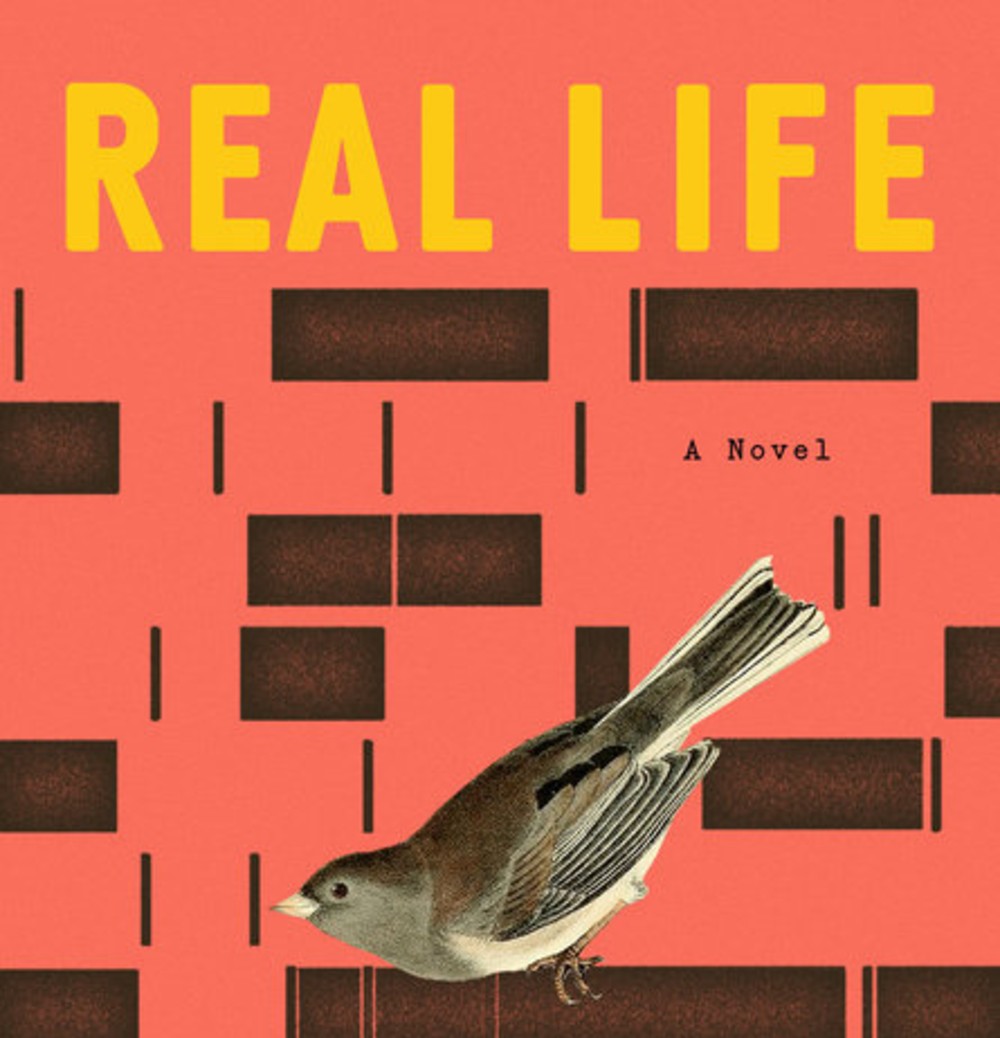 The opening paragraph of Brandon Taylor’s Real Life (Riverhead, 2020) tells the reader some important things right off the bat: It’s late summer. Wallace does and doesn’t want to meet his white friends by the lake. Wallace has a detached tone that immediately betrays introversion as a coping mechanism. And Wallace’s father is dead.

A lot of setup in the first paragraph is something some writing teachers might eschew. But the prose is so subtly acquisitive and lucid that it immediately requires its reader’s eyes and heart:

The lake was dimpled with white waves. People coveted these last blustery days of summer before the weather turned cold and mercurial. The air was heavy with their good times as the white people scattered across the tiered patios, pried their mouths apart, and beamed their laughter at each other’s faces. Overhead, gulls drifted easy as anything.

From there, the novel spools out into a sprawling but meticulous meditation on grief, reality and unreality, violence, and the corporeal and cerebral experience of a queer Black Southern man in a sea of ubiquitous Midwestern whiteness. Taking place over the course of one weekend, the plot mainly revolves around an encounter Wallace has with an ostensibly straight man in his friend group named Miller. But Wallace’s rich inner life envelops the reader into a much broader story.

Birds and their behavior are a major source of imagery and metaphor in Real Life. An individual bird flies into a window and dies, gets eaten by ants; a flock of birds conforms, takes up space, moves together. Applied to human behavior, the parallels are clear: the flock of whiteness, the flock of queerness, and the policing of identities and experiences that happens within and between these flocks are central to Wallace’s experience of life by this particular unnamed lake. At the same time, individual birds are not only delicate and hollow-boned but powerful and able to gain perspective–from high above–that humans can’t. Taylor writes, “How strange to be a bird, Wallace thinks. To have the world beneath you, that inversion of scale, what is small becoming large, what is large becoming small, the way a bird can move where it wants in space, no dimension unconquerable.”

The interplay between the removed perspective of a bird in flight and the corporeal, vital connection of the flock creates a kind of dance where the prose is like bird tracks in snow. The reader both soars above it all and gets hit in the face with the violence of a hollow bone snap. As Wallace observes about one of the people at a party he attends, “Zoe seems nice, but in the way that white people are nice right before the perform some new role in the secret machinery that ruins black people’s lives.” White people are “a wound waiting to happen;” they are the clean window that breaks the bird.

It’s not that Wallace is completely apart; that’s what makes this novel so deliciously complex. The characters are full of moral flaws and good intentions. No one is entirely likeable, and few are entirely hate-able. Real Life troubles the line, which one might argue is arbitrary to begin with.

Meanwhile, Wallace’s internal reckoning with the death of his father and the scars of the abuse he was mired in as a child reach a crescendo in parallel with the increasingly unsettling convergence of Wallace and Miller. Wallace “…does not trust memory. Memory sifts. Memory lifts. Memory makes do with what it is given. Memory is not about facts. Memory is an inconsistent measurement of the pain of one’s life.” As he navigates the grief that “…can feel diffuse and dense all at once, like a flock of birds in the sky,” Wallace makes the decisions he can as he wings his way through the weekend, through the real, the surreal, and the unreal. “[W]e become ghosts when the past catches us.” Taylor writes. “I can’t live as long as my past does. It’s one or the other.”

Real Life is one of those novels that perfectly captures a moment in time while also being timeless. It’s an arresting portrayal of an internal map and the one-ways and glass panes that restrict its movement. Taylor has given the literary world a masterful debut.

‘Francis Bacon in Your Blood: A Memoir’ by Michael Peppiatt
'One in Every Crowd' by Ivan E. Coyote
'Taken By The Wind' by Ellen Hart