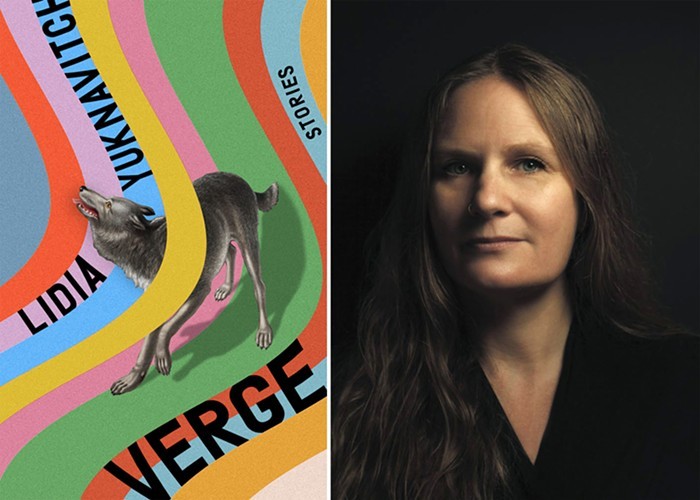 February is a huge month for queer literature. See what familiar (and unfamiliar) faces have made LGBTQ news this week!

Recipient of the 2018 Lambda Literary Emerging Writers Retreat Ricco Siasoco opens up with Interlocutor about growing up gay and Fillipino in the Midwest, his writing influences, and the process behind his recent debut of interconnected stories, The Foley Artist. Called a “circus of daredevils,” its writer is a daredevil himself in terms of dreaming up the unimaginable:

My father loved this restaurant called The Rice Bowl in Des Moines. It’s a fictionalized version in my story, but there’s a real place. That to me intersected with a wild idea I had when I went to an East Village restaurant with Asian drag queens in New York, maybe Lucky Cheng’s. I love that place. I thought: Well, could there be Asian drag queens in a restaurant in Iowa? Then you laugh to yourself and you think: That is ridiculous, and impossible. And then—you just try it.

Rick Prashaw has toured his memoir Soar, Adam, Soar through over forty-five towns across the country. Read his blog to learn how this father is honoring the life of his son, lost too soon. Rick is a former Catholic priest who writes about the example his transgender son set, and the universality of parental fear. 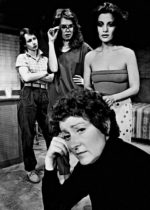 In the theatre world, Playbill has announced that Cynthia Nixon will direct Jane Chambers’ Last Summer at Bluefish Cove, a landmark piece of lesbian dramatic literature that had its debut in 1980. Casting to be announced later, but rest assured that Ellen and Portia are on the producing team.

Check out this interview with Christopher Bollen, author of the literary thriller,  A Beautiful Crime. Bollen says, “Sometimes I’m relieved that it doesn’t look like I’m going to have children because I don’t know how I would tell them that I am not a sociopath or a killer.”

If you’re a grammar nut, you might not be able to handle this article from Literary Hub. Christian Kiefer discusses how Garth Greenwell, in Cleanness, “remakes grammar in his own image.” It features a sneak peak at some of Greenwell’s writing, and the science of the sexiness behind his semicolons.

Lidia Yuknavitch, celebrated for her “anti-memoir” work, is also quite anti-being told what to do. Read up on her new short story collection, Verge:

Which reminds me, larger publishers used to ask you to take out the word “cunt.”

And they wanted me to remove incest stuff. Implications of sexual abuse from my father. And overt sexual stuff and violent stuff.

And that’s famously why you went with Hawthorne Books for Chronology of Water. But now are you at a level where bigger houses don’t ask that of you anymore?

I fucking hope so.

Curated by Lena Afridi, Lena Solow, and Muna Mire, Since U Been Gone is a new reading series at Branded Saloon in Prospect Heights for honoring the experience of personal loss and grief in its infinite forms. While by no means a strictly LGBTQ space, this reading series will serve both queer performers and audience members alike. Afridi comments:

Branded sort of brings back an era of queer spaces that have begun to disappear across this city due to gentrification, displacement, and real estate market cycles. Karaoke has been happening at Branded for at least seven years, with longtime neighborhood residents and newcomers all in one room.

Here’s a treat from Out Magazine: an exclusive excerpt from award winning Broadway, TV and Film producer Richie Jakson’s memoir Gay Like Me!

You were 15 when I watched with joy as you began to spend time with another young, free boy. All those first courtship steps, your adolescent fervor, your singular focus, your trying on how to be part of a couple. I was thrilled not only because you had a friend with whom you were partaking of all the teenage rites of passage of first blush, but specifically because the object of your affections was a boy. My greatest wish for you was for you to be gay, for you to have a gay life, for us to have that central part of ourselves in common. Being gay is a gift. It’s the world revealing itself in all its glorious otherness, saying go it your own way, make it yours. The revelations are endless. There are no expectations of what you need to be or to do. It is the blankest of canvases. It’s freedom. It’s the gift of possibility.

February 6-9 at the New Ohio Theatre in the West Village brings us the New York Indie Theatre Film Festival, and one of the artists featured is hollywood drag legend Charles Busch. The closing feature is A Very Serious Person, directed and co-written by Busch. Read up on the project and Busch’s love for the classics!

Already got through your book recommendations? Check out them‘s list of 14 upcoming LGBTQ books to carry you through to summer.

In recent years, the world of literary criticism has become more self-aware of the way it centers masculinity and de-individualizes the experiences of women. This article highlights the work of Kate Millett. In her literary criticism, Millett used literature to show how women had internalized sexist assumptions about themselves.

In New Orleans, the Saints & Sinners Literary Festival will run for its 17th year. It is both a creative outlet to showcase the work of LGBTQ writers as well as offer HIV/AIDS resource information. This year’s program features masterclasses and talks with Dorothy Allison, Kimberly Dark, Saskia de Coster among others.