I Know You Know Who I Am by Peter Kispert

I Know You Know Who I Am by Peter Kispert 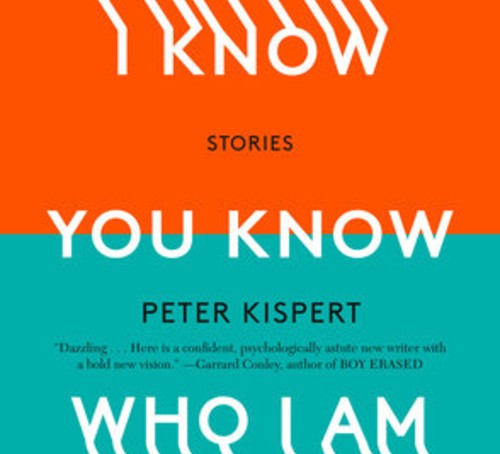 I Know You Know Who I Am, by Peter Kispert, belongs in the school of Oscar Wilde and Tennessee Williams in the way that it deftly and sympathetically exposes the role deceit plays in the lives of queer people, even in the age of Marriage Equality. Indeed, two of the stories seem to be in direct homage to the literary giants.

For example, the first story, “I Know You Know Who I am,” recalls Wilde’s The Importance of Being Earnest in how the main character, Ian, creates an imaginary friend named Finn who lives elsewhere as a way to achieve the life he wants rather than admit to the life he actually has; and, like in Wilde’s play, the story has role play and a tension that demands the truth come out. Liar though he is, Ian has pathos as a narrator, because he says to us things he can’t seem to say to his partner, Luke: “I had taken to lying not just about Finn, but the minutiae of my life, things that would never return to either of us, that would just drift away unseen, unnoted.” Likewise, the story “Aim for the Heart” has many elements of Williams’ Cat on a Hot Tin Roof, in terms of a failed friendship/romance, a suicide, and a desire to prove one’s masculinity, but the conviction that one can’t. Like Williams’ play, this story has great insights on why we lie: “Coloring the past was the most important thing in lying, Troy had learned. Tell someone you’ve killed a deer and they’ll wonder why, how. Tell someone you’ve hunted on and off since getting a job managing accountants, and they’ll think they know who you are.”

Some of the stories are darker, more jarring and more original. “How to Live  Your Best Life” features a poor gay couple entering a television show that offers either the reward of a large cash prize or the death of your loved ones. And in “Rorschach,” the protagonist is in charge of crucifying criminals as part of graphic religious plays/death row executions, a “killing two birds with one stone” set up that comments on Christianity’s and America’s more morbid elements. The story seems to point at how psychologically sick we are as a culture and how we turn to theories that get us nowhere (like the Rorschach test and dream analysis, another thread of this story). Kispert could be indicating how the mass majority of us go undiagnosed, seeing ourselves as normative when we are anything but.

There’s also a motif of water that winds through the stories: rivers, oceans, pools, and fish tanks. “Breathing Underwater” is a great story about Gavin, a man who lied to his partner Jay about being a professional diver only to discover that Jay was “an Olympic hopeful swimmer.” Even better is how we learn that Gavin fell into pretending to be psychic in high school, seemingly having several successful predictions. Will Gavin be redeemed by rescuing a drowning boy? –But the main point seems to be that Gavin can’t ever relax. Indeed, he’s falling apart quietly, like so many of us. “Touch Pool” is another brilliant story, this time of high schoolers, Matt and Nick, who attend a college party. Instead of enjoying themselves, the sexual tension between them boils over, culminating in, of all things, an insightful metaphor of an aquarium stingray touch pool, used in two ways to express the two boys’ perspectives.

Kispert certainly deserves the praise others have given him. Kispert’s style is consistently eloquent yet accessible. The stories are original, and the commentary on deceit in its various manifestations lends most of the stories pathos and power. That said, not all the stories pack the same punch. Several of the stories, including most of the flash fiction pieces, were anticlimactic, including “Be Alive,” a ramble about a zombie video game with a protagonist who lied about his age to his boyfriend’s parents. Big deal. “Signs,” just has a protagonist intending to scatter the ashes of his late friend, something he conceals from a construction worker he doesn’t know anyway. And “Diving, Drifting,” while very vividly described, just amounts to a story about a lonely lesbian woman who weathers a hurricane in South Carolina. But even these milder stories manage to compel with language, if not plot. And the collection ends on a humorous note by returning to poor Ian who takes Luke to the imaginary Finn’s cabin (really his late father’s cabin), only to discover they are in the wrong place. What to do? Lie, of course. What else?