Spider Love Song and Other Stories by Nancy Au

Spider Love Song and Other Stories by Nancy Au 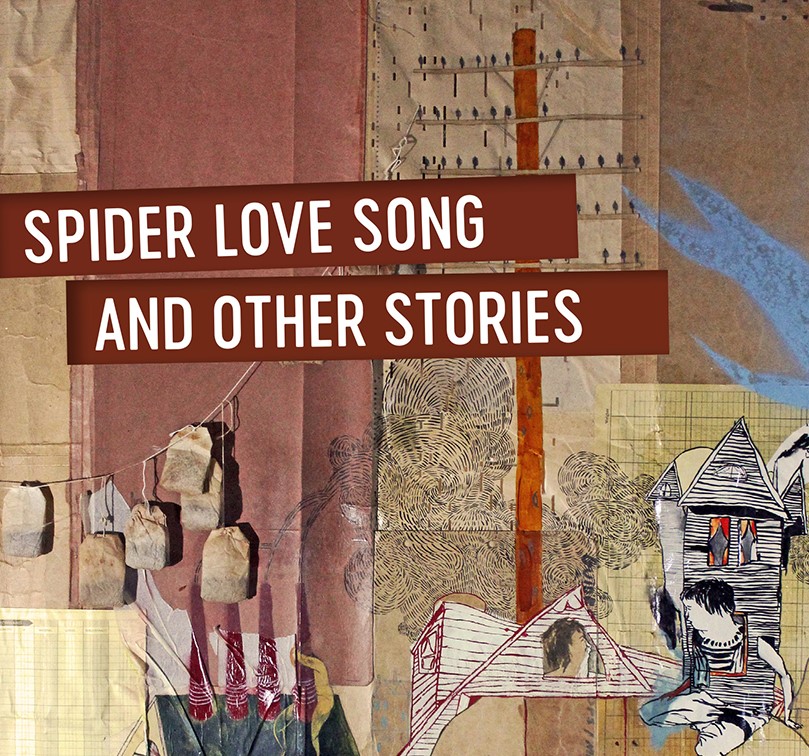 Ask: What is a Spider Love Song? Picture a sound so quiet that, in searching for it, the line between hearing and imagination becomes blurred. It’s an empathy some writers have: to listen so hard that they begin to hear and seek things that no one has heard nor seen before, to return them to us, and to translate them to us. Recall before you proceed Flannery O’Connor’s warning, that “you shall know the truth,” if you listen, “and the truth shall make you odd.”

Nancy Au’s collection Spider Love Song, (Acre Books 2019) begins with an 80 year old Chinese woman on her apartment’s front stoop. The bus driver does not hear her call out for her stop. The neighborhood boys tease and dismiss her and call her Baboochka. You might have walked by her on the way to this review, but in Spider Love Song, she will not be silenced. She imagines a future where she will fight back, and the first step in this fight is to name herself: “in her own true myth… she is a battleground. Liu Yun is her real name … she is a person. She is sex. She is useful poison. She is the survivor of wars.” Read, here echoed, James Baldwin’s words from “In Search of A Majority:” “Love is battle, love is war.”

The seventeen stories that follow might well be taken from Baboochka Liu Yun’s “own true myth.” They contain characters on the edge, defined by Au as: the one between invisibility and wonder: old woman whose desire refuses to be quiet; the last dragon left alive in the world; Lincoln Chang, Pear King; Sophie, who wears an elephant costume every day, waiting for her disappeared parents to return. The characters in these stories have all suffered from a form of imposed invisibility. When they finally speak up, you realize that their invisibility or their youth or their age has taken them to strange, and wonderous places:

Where she went, is it full of ghosts sitting together on clouds, shoulder to shoulder, legs dangling over the velvety white edges, busy with gossip—their excited whispers and greetings of old friends filling the air with white noise, like the roaring, flickering snow on old fashioned televisions that have lost their tuning?

If their voices or dreams are sometimes hilariously, deliciously, or oddly over-the-top (picture a whole field of grass wearing glasses, a recipe for frog skin, a dog wearing goggles), it’s often because their silence or invisibility or grief has taken them to depths beyond the conventions of normality. Recall Lupita Nyong’o’s performance, in Jordan Peele’s Us, as Red, a character who has waited half a lifetime below ground to speak. When she opens her mouth, her voice is creaky but her words are music. There is no room for small talk for the uninvisible emerging from wonder or grief, but there is room for poetry: As Au writes in her essay “Unsayables and Invisibilities” in Craft,

I am aware of many invisible ways that pain communicates itself. The distinctive shapes of my bipolar resemble a vibrant and uneven quilt, a life patterned with anxiety and deep valleys of depression. But, a life also filled with other invisibilities such as hope and happiness and love.

There is time for love. And for humor. In one story, when a character May tells her wife Lai they can’t bring a one-eyed, one-toed duck home from the park, Lai quips “you said it yourself: she’s only half a duck.” In another story, when a character named Edmund tries to tail his sleepwalking father, the father proclaims protectively “these are my dreams.” The flipside of invisibility is a kind of queer lightness, a power to shapeshift: boys become bees, a girl’s backpack makes her an almost-beetle, an elephant costume conveys power. The Spider Love Song is a call to other invisible creatures and a reminder that we have this lightness, this power of becoming, sometimes through grief, through loneliness, through invisibility, sometimes what we become is strange or yet undetermined, but it’s there.

What is a short story collection? What is a queer short story collection? What is a story anyway? What can it be? Is it a spider love song? It is a circular searching, without a map, for a territory that hasn’t been defined yet. Au writes, “fearless is celebrating, honoring, the not knowing…if you do not know how to swim, you trust that the deep waters will hold you.” If you listen carefully to Spider Love Song, you might find a place between hearing and imagination, invisibility and wonder–possibly the sound, similar to that of pages turning, of a different kind of small creature suddenly growing wings and remembering what it was like to struggle in the dark, and somehow able to remember both states at once.

‘Testo Junkie: Sex, Drugs, and Biopolitics in the Pharmacopornographic Era’ by Beatriz Preciado
'Under The Udala Trees' by Chinelo Okparanta
'I Want to Make You Safe' By Amy King