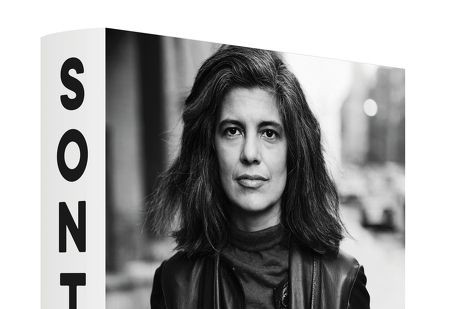 Despite the fact that it was 60 degrees in New York City this week, it is, indeed, January. Who made LGBTQ literary news this first month of the New Year? Let’s take a gander together.

If Emma Watson was the reason you saw Little Women, you wouldn’t be wrong. If Timothée Chalamet was the reason…join the club. That said, Michelle Kim of them points out an even better reason: Greta Gerwig’s film adaptation makes space for the long-questioned sexuality and queerness of Jo March.

Gerwig has put it in plainer terms: “Jo is a girl with a boy’s name and Laurie is a boy with a girl’s name and they’re each other’s androgynous twin,” she said in a recent Access Hollywood interview. She always seems to be somewhat aware of the fact that Chalamet is regarded by some as “Hollywood’s straight prince of twinks” and a psuedo-lesbian icon, which makes his performance as a gender-fluid Laurie all the more believable.

Brace yourself: they’re turning Fun Home into a movie. Brace yourself again: Jake Gyllenhaal is playing the gay dad. Please check in with your gay theater peeps…we are not okay.

Reflect on how far we’ve come and still have to go just in time for the start of the New Year! Teen Vogue has interviewed a handful of queer and queer-allied activists and organizers for an oral history of the decade.

In memoriam, playwright and co-chair of the Alliance of Los Angeles Playwrights and the city’s Lesbian and Gay Advisory Board Dan Berkowitz has passed away. Dan’s plays can be read on the New Play Exchange.

Emerging Nigerian writers Arinze Ifeakandu and Romeo Oriogun, both at the prestigious Iowa Writers’ Workshop, open up about the grief and resistance within queer Nigerian literature. An excerpt of Oriogun’s poetry is below:

Come into the dark before a man
greets your body with violence.
Come into dark, let me sing
the night through your body
like a man learning how to worship God
in a strange land.

Lambda Literary Award winner John Weir has a Susan Sontag story. Weir offers a great deal of insight into who Sontag was and is to the straight world, and who, he argues, she failed to be for the gays whose lives on which she claimed to be expert. Using Benjamin Moser’s recent biography of Sontag, Sontag: Her Life and Work, as a launching pad, Weir delves into the controversy surrounding her 1987 story “The Way We Live Now.”

What bugged and bugs me most about “The Way We Live Now”….. is not that its writer was closeted, or rather, not that she preferred to remain closeted, even maybe to herself, but that the literary community that befriended and published and promoted her wanted her straight: intrepid heterosexual, who speaks hip, and knows queers, wanders into the youth culture and the faggy downtown, all for your literary and cultural edification. 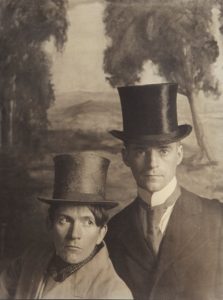 A self-portrait titled “Portrait of the Artist (With Top Hats) 1865/1991.”Credit…McDermott & McGough

You ever walk around Greenwich Village, and you see someone in wide-leg pin stripe trousers who looks like they dropped in from the Roarin’ 20s? It might be Peter McGough of legendary art-duo McDermott & McGough. I want to write a proper summary of this article about them from the Times, but since I am aesthetically stuck in the early aughts, I’m afraid I will open my mailbox to find engraved stationary that reads: “Mr. Peter McGough is pleased to announce the elimination of Lilia Shrayfer from his guest list.” But I think I’m safe if he doesn’t own a computer, right? Right? Either way, you should definitely check out McGough’s fascinating new memoir I’ve Seen the Future and I am Not Going.

I remember getting lost in a new Nancy Drew novel my mom bought me every so often. I read and re-read them. They gave me permission, as a young girl, to be brave when the world told me I just needed to be perfect. Apparently, I’m not the only one. Read up on how this surviving series changed the landscape of publishing and children’s literature.

Before Nancy Drew took off, publishers—including Stratemeyer—believed that young girls weren’t even an audience worth catering to, since many of them had shown themselves to be perfectly happy to borrow “boy books” from their brothers to fulfill their sense of adventure.

Use one of your free remaining articles from the New York Times to read about Lambda Literary Award Finalist Garth Greenwell and the nine stories that encompass his newest release Cleanness. Greenwell is refreshingly blunt in expressing his thoughts on “the dated belief that gay literature can’t reach a wide audience — a criticism once popular among critics and publishers.”

“That’s just homophobia,” he said, “and I refuse to treat it seriously.”

“If there is a gay ghetto,” Greenwell added, “then that’s where James Baldwin is, and Thomas Mann is, and Virginia Woolf is, and that’s the only place I would ever want to be. And that’s not on the margins of the literary tradition: That’s right at the heart of it.”

And see which of your favorite LGBTQ authors made Vulture’s list of the most anticipated books of 2020!

What I'm Reading? 'The Human Revolution Volume I'
Journey Down the Rainbow
Read This! The Third Issue of ‘Nepantla: A Journal Dedicated to Queer Poets of Color’