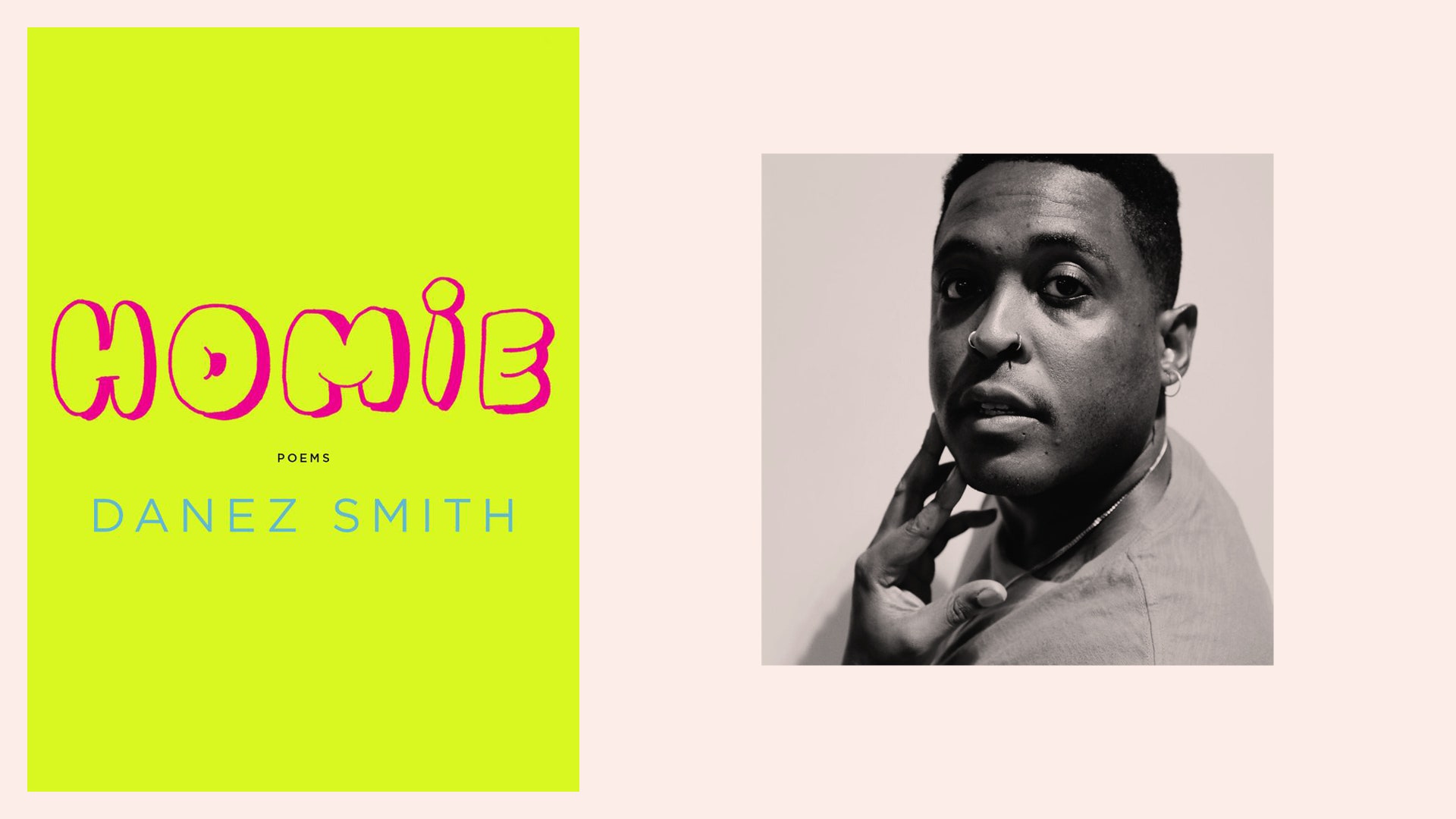 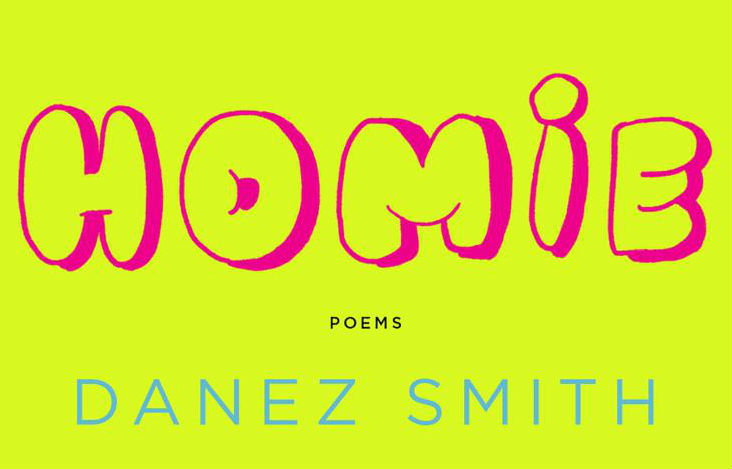 Danez Smith’s poetry feels like breathing. Their newest collection, Homie, feels like coming up for air when you didn’t know you were under water. Their words are specific, funny, glowing with a truth that seems like it has never been said in quite the right way before they said it.

Homie, which has another title that’s explained in the note at the beginning of the book (and in this great Twitter thread), is about friendship, survival, death, intimacy, and community. It’s a collection of love poems that isn’t for lovers so much as for friends, for found and created family, which has always been vital for queer folks. It’s a book of odes to Black, queer, and trans people, and even though it can and should be read by everyone regardless of identity, it is explicitly for these communities and the people who live at their intersections. That’s what makes the book like oxygen–a cool breath for the lungs of those choked or erased by white supremacist cis-hetero patriarchy.

Homie is expansive, big enough to hold a vast mosaic of emotion and style, of life and death, of survival and resilience, of pain and joy. Smith’s skill lies in their ability to convey entire universes in the syntax and arrangement of a few words. Repeated images surface like paragons: summer, trees, rice, rivers, ghosts, gold, snakes, mothers, breath, seeds. Smith plays with punctuation and text, as in “rose,” where the entire poem is printed slant on the page; and “on faggotness,” which is riddled with unexpected periods: “the word faggot. means different. any boy-shaped. child who behaves a way.” This forced halting, this start-stop, mimics queer coming of age: it forces the reader to ask, “How do I read this?” the same way the queer kid asks, “How do I live?”

As in their previous collections, [insert] boy (YesYes Books, 2014) and Don’t Call Us Dead (Graywolf, 2017), violence, race, and queerness are central themes, but here there is more intentional, concerted joy. The poem “dogs!” traverses the benign, the funny, and the loaded connotations of the word “dog,” including the line “the gay agenda made CatDog to / offer your child’s gender to their / seven-headed god” while also drawing the connection between Air Bud as the “talented obedient beast” who is exploited for the “roar of the eggshell crowd,” a clear metaphor for the exploitation of Black and Brown bodies in the sports industrial complex. In “ode to gold teeth,” which is exactly what it sounds like, Smith writes, “gold gate of grandpa’s holler / midas touch his blue hum… made everything he said sound gold-rimmed… even his punishments sparkled.”

There is pain and trauma in these pages, which is inescapable under white supremacy. In “fall poem,” Smith writes, “is it possible to ban guns? even from this poem? / i lie in the light, body split by light, room too bright for sleep / thinking of the leaf-colored bodies, their weekly fall / how their bodies look like mounds of a tree’s shed skin / a child could jump into them & play for hours.” In “white niggas,” they write, “come to my door thirsty, i’ll turn the faucet & fill / the glass. if i come to your stoop, don’t shoot.” As ever, their words crystalize the truths and realities of a violent white supremacist society. But exaltation roots this collection, existing alongside and in tandem with the ache and grief. In “for Andrew,” an intensely moving poem for a friend who passed away, the pain of loss holds hands with the joy of having shared in this person’s life: “i call for God but out comes your name… somewhere, you’re a city with a boy / in every window calling down to me.. the verb your name makes, so much / to smile about in spite of that final data.”

The final two poems are “notes” and “acknowledgments,” a playful and ingenious reimagining of those traditional sections of a book. “notes,” a series of notes to suicide (as opposed to suicide notes), characterizes suicide as a war. Smith asks it where it is keeping their friends, writes about it as “a wedding guest, a kind / of mother, a kind of self / love, a kind of freedom,” and about it making “my kin thin air.” “acknowledgments” is more joyful, written to a series of specific people the reader gets sunshine-drenched clues about: “you, in the lawless dark, laughing like a room of women laugh / at a man who thinks his knowledge is knowledge… at the function, i feel myself splitting into too many rooms of static / you touch my hand & there i am… do you want to be best friends? / a box for yes, a box for maybe yes… you smell like the milk of whatever beast i am.”

Perhaps Smith describes Homie best themself, in the poem “my nig:” “this ain’t about language / but who language holds… someone of us are dead / but they are alive in language amen… let me live on the tongues / of my people & when they gone… let language end when they end.” Language is Smith’s gift, and Smith is a gift to language. Homie will not disappoint fans of their electric work, and will likely bring many more readers their way.

'A Ladder to the Sky' by John Boyne
'Crudo' by Olivia Laing
'Everything in Its Place: First Loves & Last Tales’ by Oliver Sacks