One Walk in Winter by Georgia Beers

One Walk in Winter by Georgia Beers 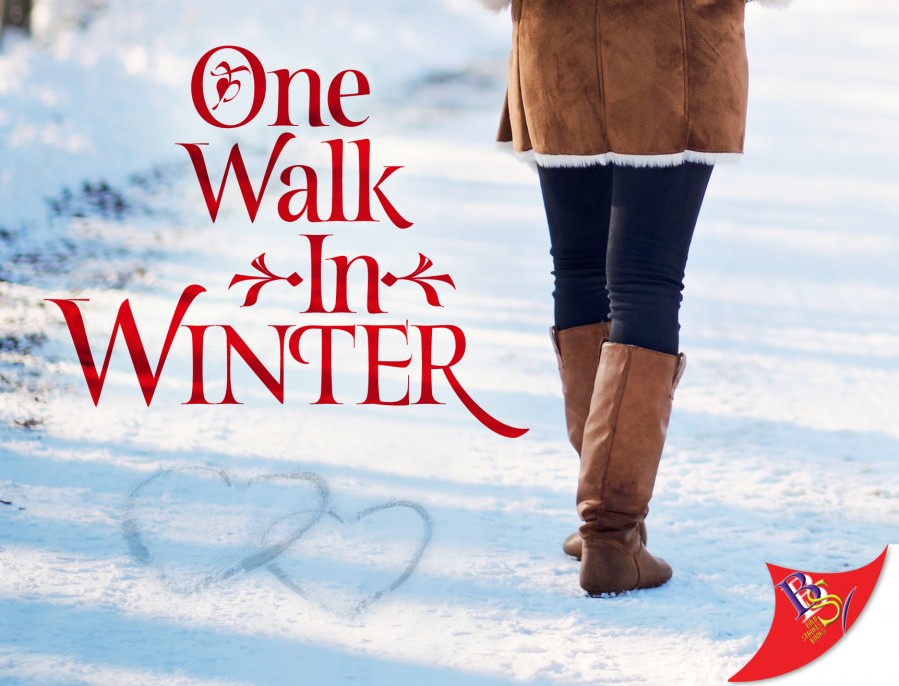 Olivia Santini is the main reason why the Evergreen Resort and Spa didn’t fold under its previous manager. Understandably, that’s left her surprised and frustrated that she didn’t get the promotion from assistant manager that she’d applied for. But even a new boss isn’t going to keep her down on the first snowfall of the season, and Olivia is ready to revel in her excitement while she walks her dog, Walter, before heading in to work. Olivia gets to enjoy more than just the magic of fresh snow, though, when she bumps into the beautiful, charming Hayley Boyd, and they exchange numbers so they can meet again.

Olivia’s amazing morning comes crashing down when her new boss strolls into work late and just happens to be Hayley. Even worse? It rapidly becomes clear that Hayley doesn’t know how to run a resort, leaving Olivia even more frustrated. Olivia has tons of amazing ideas to help the Evergreen become a popular destination, but there’s no way she can trust that another incompetent manager will be able do anything with them.

As the daughter of a hotelier, Hayley Boyd Markham has grown up near the hotel industry, but that doesn’t mean she understands it. Unfortunately, after a particularly outrageous night of partying, she has to figure it out quick, because her father has decided it’s time for Hayley to grow up. That means Hayley has to turn the failing Evergreen around and she can’t tell anyone that she’s a Markham, because she has to prove she can succeed based on her own efforts and not the family name. Sure, at least she got to meet a great woman with a cute dog, so maybe being in Upstate New York isn’t all bad, but now that woman is closed off to her since Hayley was handed the job Olivia had been gunning for.

Even though Olivia is frustrated and has pulled back from Hayley, she’s too kind to let her fall flat on her face. And that kindness goes beyond the workplace, since she invites Hayley to have dinner with the rest of the Santini clan when she learns that Hayley isn’t going home for Thanksgiving. Little by little, the chemistry and camaraderie grows between Olivia and Hayley. But can anything actually come of it when Hayley has the job Olivia wants so much?

If this book had to be summed up in a single word, “warm” would be at or near the top of the list. One Walk in Winter is so sweet and lovely, and that’s largely down to Olivia and Hayley. They’re both fundamentally good people, the kind you’d want to see for dinner once a week, because time with them is fun and gives you a happy heart. Olivia has every reason to undermine Hayley and she never does, even if she doesn’t fully trust Hayley on the job. And Hayley could use Olivia to make herself look better, like many a bad boss does, and she never does that either. There’s true concern for each other, which is most adorably on display in a scene where Olivia takes Hayley for a walk in a fairy trail, when Hayley is having a spectacularly bad day.

Olivia grinned. “It always makes me feel better to walk it, and you looked like you could use a nonstressful hour of life.”

“You’re not kidding about that.” Hayley’s entire face softened as she said, “Thank you.”

That’s not to say that all their interactions are perfect. Olivia often ices Hayley out when her frustrations about not getting the managerial position rear up again, but she rarely stays like that for long because her caring nature won’t let her.

In a move that’s a little unusual for a romance, we get three perspectives in One Walk in Winter: Olivia’s, Hayley’s, and Hayley’s father, Benton Markham’s. Benton is much less likeable than Hayley or Olivia, but he has his own journey in the story. By having access to his perspective, we learn exactly why he’s put Hayley on a timeout, which goes deeper than the explanation he’s given Hayley, and see his own path to a better self, including his own happily ever after.

Georgia Beers’ One Walk in Winter has very little angst, making it a perfect choice if you want to hide from the world and its stresses. The crisis may be a little predictable, but it’s resolved quickly and in a way that’s satisfying and leads to a perfect happy ending. Make sure to grab a cup of hot cocoa and snuggly blanket before you start reading (or whatever the opposite of that is for folks in warmer climates), because you’ll want to settle in and devour this whole book in a single sitting.