The Man Who Saw Everything by Deborah Levy

The Man Who Saw Everything by Deborah Levy 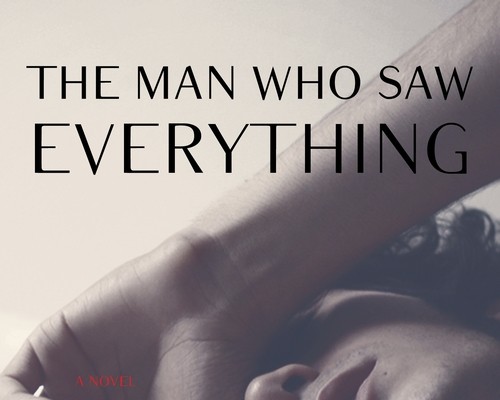 We are lucky to live in the world of Deborah Levy. The South-African born Brit began as a poet and playwright, working with the Royal Shakespeare Company and publishing poetry collections with such charming titles as An Amorous Discourse in the Suburbs of Hell (1990). Her mastery of images and plots from theater and poesy consistently translate into page-turning novels and memoirs. Levy is often seen in the lobby for the Man Booker Prize, and her novels Hot Milk (2016) and Swimming Home (2012) have both been short-listed. Her eighth novel, the exquisite The Man Who Saw Everything, was longlisted for the Booker last year.

The novel follows Saul Adler, a historian of male dictators, who secured passage to East Berlin in 1988 through a little white lie about writing something complementary to the regime. His own tyrannical father was an avowed communist, and his scholarship is historical as much as personal. The master linguist Walter Müller is his tour-guide, translator, and de facto state guard. The two surprise themselves by falling into an intense, two-week affair, one that Saul will ruminate over for the rest of his life.

Their short-lived relationship is couched within his three-decade relationship with Jennifer Moreau, a precocious photographer who refuses to let him describe her, yet alone take her picture. The paragraph preface is Saul and Jennifer claiming, “It’s like this.” Their competing narratives ultimately ask who is privileged to tell history? On a personal and social scale, whose stories are told in their own fullness, unblemished by the ulterior motives of narcissistic–if self-stylized, generous–personalities.

Their firm defense of their own viewpoint forwards the narrative. That Saul is in the hospital compounds his path toward a truthful account of his past, which as a historian (and so one thinks) temperament, he is drawn to. Deborah Levy presents Jennifer and Saul by turns to be 23, 28, 51, 56. The novel weaves both subjectivities, creating spindles out of a massive, confusing love that teases questions of obligation, generosity, and dignity. It sharply contrasts and complements Saul’s relations with Walter.

Soon after meeting him, Saul wants to “free” Walter. He describes him in clear, possessive terms that Jennifer rejects–“He was about thirty, with shoulder-length mousy hair, pale blue eyes, tall, broad shoulders. Muscular. There was a kind of energy in his body, a vitality that was relaxed but exciting.” Perhaps Sal’s narcissism shows in that he doesn’t consider that Walter is married, has children, and is fairly happy in East Berlin. While their relationship is a look at state-imposed limitations on the range of love, it’s also a portrait of a selfish recklessness.

This dynamic of springing out his own desires without considering others plays out when he, seemingly out of nowhere, asks Jennifer to marry him. (Her answer is to kick him out of her house). They care for each other, but neither is totally capable of absorbing themselves in the other’s interests. The exchanging imbalances of power is fascinating to watch. Jennifer claims that he is envious of her; he that she would never let him in. Indeed, Jennifer does not allow him to take pictures of her, even as he becomes her muse and the basis of a body of work that will make her famous, called “A Man in Pieces.”

In the beginning of The Man Who Saw Everything, which opens on Abbey Road, September 1988, Jennifer is photographing Saul as a present for his host family in East Germany, specifically for Katrin (nickname Luna) who is a Joseph Conrad-level anglophile. He is hit by a car, the severity of which is not clear for some time. The year, the government, the status of relationships are repeatedly thrown into question. “The GDR will lose legitimacy with its people due to extreme measures of coercion by authoritarian old men,” Saul tells Walter, seemingly in the 80s, when that possibility looked null. “Men like my father who built a wall between us. The wall was his masculinity.” Of course, Saul wouldn’t know this living in 1988. Levy splices time in artfully believable, mesmerizing strokes.

Does Saul, who despises tyrants for this recklessness he himself possess, change? Does he learn to love his own life?

There’s an amazing reversal halfway through that slams everything together. Like many great works looking at the mysteries of time, love, and history–the sociological imagination if you will–The Man Who Saw Everything explains so much, and hardly anything.

Matt Caprioli teaches writing at Lehman College, City University of New York and is the author of One Headlight: an Alaskan Memoir. He has contributed to the Alaska Dispatch, The Huffington Post, Quip Magazine, The Northern Light, The Paris Review Daily, and The Anchorage Press."