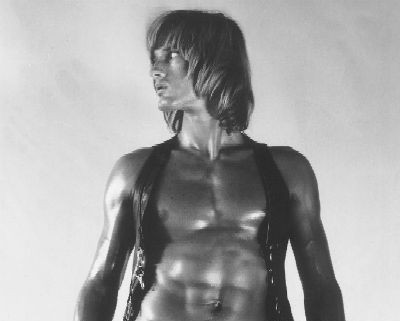 This week in LGBTQ news, we have some insightful interviews from queer writers and legends, as well as a feature that will make Brooklyn foodies bounce off the walls.

Armin Hagen Freiherr von Hoyningen-Huene (more commonly known as Peter Berlin) was a gay male sex icon throughout the 60’s, 70’s, and 80’s. Known for his daring films and photographs, he has become the subject of a newly released book of his life and work.  In this interview with The Cut you can learn what he thinks of your 9-5 routine. Berlin says:

“I never had a drive but getting laid… getting out and having a good time. So, I had a fabulous life. Tomorrow don’t do what you are planning to do. Just don’t. That’s all you have to do. And by the way, don’t talk … Don’t do what you’re planning because what you are doing tomorrow is hurting the planet–building another car, another iPhone. Except doctors, who should do their surgeries”

Lambda Literary Award Winner for Lesbian Fiction and renowned Southern writer Dorothy Allison has interviewed with Lit Hub  on how she began her writing as a child to keep the peace in her home, and then eventually, to disturb the peace, that is the silence, in the world. Allison’s wisdom is on full display here!

My mama worked. My aunts worked. I was probably 10 or 11, and I was left with the care of my dumb cousins, some of whom were older than me. To keep them from killing each other, I’d tell them scary stories. If I got their mouths to drop open, they’d stop hitting each other for a few minutes.

I always say I’m a visitor from another planet! I take a certain joy and power out of being that survivor growing up poor, that embattled female, that lesbian feminist, that Southern accent. It’s a kind of reverse authority. The resistance to contempt really is very powerful.

Read up in The Spinoff on how writers hailing from New Zealand are leading the queer sci-fi revolution! According to Andi C. Buchanan, author of From A Shadow Grave, “I want queer trauma and queer happily ever afters and queer interplanetary skeletons and queer revenge and queer solidarity. There’s space for all of that; the publishing industry just needs to be open to it and queer authors need to have support to write and market it.”

Winner of the 2018 Lambda Literary Award for Transgender Poetry, Raquel Salas Rivera has sat down with Occult Poetry Radio to discuss their relationship with the supernatural. Tune in here! 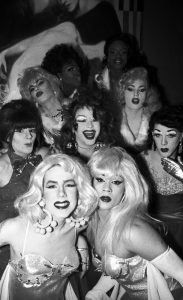 The WeWork or coffee shop in which you may find yourself reading this post may have been a queer nightclub in the 90s. The new book New York: Club Kids looks back at this singular party moment and the “Club Kids” that made it happen. Them takes a look at the book and the unsung heroes that influenced today’s queer identity revolution:

They became the party-goers, event producers, influencers, and tastemakers who defined a generation of cool in New York, names like Susanne Bartsch, James St. James, Amanda Lepore, and RuPaul among them. No one had seen anything like them before, with their glitter, their wigs, their sky-high platform boots, their piercings, their patent leather, and their powerful command of attention.

In memoriam this week, Howard Cruse, “The Godfather of Queer Comics” passed away on November 26th 2019 at the age of 75. A new edition of his Civil Rights Era-centered Stuck Rubber Baby will be coming out this year. Read up on the timeline of his landmark works, and what his heirs in the graphic novel world have to say about his legacy: “Howard was an amazing mentor. Every time I hit a wall of: how do I do a contract, or how much do I charge for this, or what if they don’t pay me? Well, call Howard — he’ll know! He really is the Godfather of Queer Comics.”

Are you really exercising your kinky side to its full potential, if you don’t have an edible ball gag? Believe it or not, that is actually the most basic of dishes you’ll find being prepped at Spiral Theory Test Kitchen in Park Slope. At this queer culinary collective, which includes poet Precious Okoyomon, provides a sort of psychedelic experience for your gut, you may find a Kombucha Shirley Temple, a three layer lemon fig lavender olive oil cake drizzled with black pine syrup, or brined pigeons in bondage harnesses. Member Bobbi Salvör Menuez says they were largely inspired by the emphasis Icelandic culture (their heritage country) places on fermentation.

And finally, see if your favorite writers made Oprah’s list of the upcoming queer books most likely to shape the new decade.

On Plague and the Queer Art of Absurdist History: Larry Kramer's 'The American People'
'Pet Sounds' by Stephanie Young
A Poem by Gregory Canillas