‘The Lady’s Guide to Celestial Mechanics’ by Olivia Waite

‘The Lady’s Guide to Celestial Mechanics’ by Olivia Waite 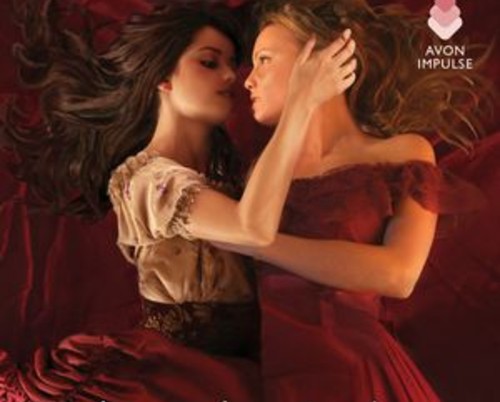 The Lady’s Guide to Celestial Mechanics, by Olivia Waite, is a gentle, lushly written story of sapphic love, which romance readers are sure to enjoy.

It’s 1816 and Lucy Muchelney’s life as she knew it is officially over. It’s been six months since her father died and not only has her best friend and long-time lover gone and married a man, but her brother, Stephen, is now thinking of marrying Lucy off too. Stephen doesn’t care that she wants to continue her father’s legacy of creating star catalogues because he knows that, as a woman, she won’t get taken seriously as an astronomer. Luckily, he takes off for a few weeks, giving Lucy time to figure out what to do and, even more luckily, inspiration comes to her in the form of a letter.

Catherine Kenwick St. Day, Countess of Moth and widow to the brilliant astronomer and world traveler George St. Day, has written with condolences about the loss of Lucy’s father and to ask whether Lucy might be able to recommend someone who could translate a French book of celestial mathematics by an astronomer named Oléron. With Stephen out of the way, Lucy immediately packs up and heads off to see the Countess in London to make the case for herself to translate Oléron.

Although Catherine is shocked when Lucy arrives, she lets Lucy stay at her home and puts her forward as translator to the Polite Science Society. After all, Lucy had done all the math in her father’s most recent charts and she obviously has a brilliant mind. Plus, Catherine’s words should have weight with the group, since she’s providing funding for half the printing costs of the translation. Unfortunately and unsurprisingly, the society balks at the notion of a female translator, and even goes so far as to question whether women are capable of astronomy (among other similar, equally offensive assumptions), so Catherine withdraws her funding and sponsors Lucy independently.

If you’ve been looking for a historical lesbian romance with all of the “smash the patriarchy” feels, this is the book for you. Lucy is plucky and brilliant, refusing to be put in her place by her brother or the Polite Science Society. She also has a worthy champion in Catherine, who uses her money and influence to support Lucy in translating and expanding on one of the greatest scientific texts of their time, ensuring it’s accessible to any reader, including (gasp) women. And yet, while the patriarchy smashing is satisfying—especially considering that anyone who isn’t affluent, straight, and white still has to fight to get the recognition they’re due today—there’s so much more to this book.

Waite’s writing is often gorgeous and evocative, sometimes bringing in imagery from astronomy, making it easy to want to highlight passage after passage. For example, after Catherine takes Lucy to visit her Aunt Kelmarsh (her mother’s former companion, who Catherine finally realizes was her mother’s lover), they have this exchange:

“Do you think . . .” Lucy swallowed hard. This was a terribly impolite question to ask, but the truth often mattered more than manners, no matter what the etiquette books said. “Do you think your mother was happier with your father, or with Mrs. Kelmarsh?”

Lady Moth stayed quiet so long that Lucy began to despair she’d truly offended. She was trying to compose apologies in her head—difficult when you couldn’t openly acknowledge how you’d erred—when the countess spoke again. “I don’t think love works like that. You might as well ask the earth whether the sun or the moon is more important.” She blushed a little pinker and raised her eyes, star-bright. “You can’t always judge by what came before. Sometimes, there is a revolution.”

The words burst over Lucy like sunlight, or the flare from a newly discovered comet. She stared, dazzled.

There are also many beautiful descriptions of Catherine’s exquisite embroidery, which sounds like it could be boring, but truly isn’t, especially when she’s embroidering something for Lucy. Waite is occasionally quite funny, too, like when Lucy experiences translation woes.

She cast a bitter eye over the scribblings of her latest efforts. Oléron deserved so much better, and Lucy was beginning to despair of capturing even a third of the crystalline clarity of the original. Two months of consistent translating and expanding still hadn’t made the frustrating compromises easier to bear. She put down might for this verb’s translation, frowned at it, crossed it out, wrote might again, and then in parentheses added should with a pair of helpless question marks.

Let Future Lucy make the ultimate decision during revisions to the text. Future Lucy was always so much more decisive, somehow. Maybe because she was ever-so-slightly closer to death than Present Lucy?

The relationship develops fairly easily between Lucy and Catherine, flourishing in their private, quiet moments, and they become a couple fairly early in the story. Because it takes place during a time when romantic friendship between women was very much an accepted thing, it’s entirely believable that they’re able to forge such a strong, loving bond under Catherine’s roof, and thankfully their relationship isn’t threatened by outside forces for no reason other than to create drama. If there’s one issue to be noted, however, it’s that, while the main conflict remains external to their relationship, there’s a small crisis near the end that could have been resolved by Catherine and Lucy sitting down and just talking to each other.

One other element worth noting is that Catherine is dealing with PTSD from having been in an abusive marriage. There isn’t any abuse on the page, but if that is an issue for you, just know going into this book that she still has a lot to unpack and work through. In time, as she heals, Catherine comes into her own best self with her embroidery and a long-held interest in botany that had been denied during her marriage. Catherine’s journey is a nice parallel to Lucy’s, with each woman thriving under the other’s attention, respect, and encouragement.

The Lady’s Guide to Celestial Mechanics is the f/f romance that queer readers needed in the 1980s, 90s and beyond, when we were swiping Julie Garwood and Judith McKnaught titles from our mothers, aunts, and grandmothers. Even that cover alone is heart-stopping, familiar in style and yet nearly unbelievable because it has two women on it.

'Kiss Me Again, Paris,' or: How Many Drafts Does it Take to Change a Light Bulb?
The Banal and the Profane: Sybil Lamb
New in September: Sarah Schulman, Gengoroh Tagame, Olivia Laing, and Eileen Myles