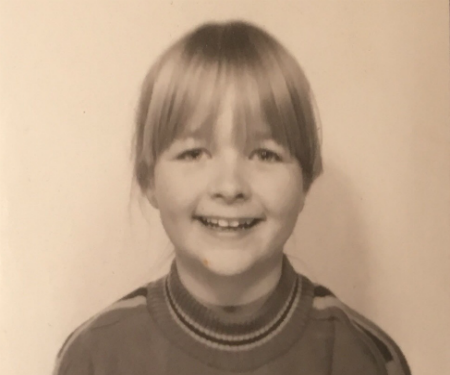 We recently asked a group of writers what literature meant to them when they were young. Sarah Waters told us about reading transported her to another world:

As a child I read a lot, but in a really random way, and most of the books I devoured so enthusiastically I don’t think left much of a mark on me. But a book I still remember with huge excitement is John Christopher’s The White Mountains. It’s a sci-fi novel for children set a hundred years or so into a post-apocalyptic future in which the world has been enslaved by mysterious tripod creatures and humans have returned to a sort of medieval existence – a world in which traces of the twentieth century linger on only as baffling fragments. It’s an adventure story with young people at its heart, but it never patronises its readers: it’s full of sophisticated ideas, and contains some quite adult drama. (I recall, for example, being enthralled by a scene in which the thirteen year-old hero, Will, discovers that he has had a tripod tracking device fitted in his armpit and has to have it cut out, without anaesthetic.)

The book was first published in 1967, and revisiting it as an adult I’ve found aspects of it a bit jarring – not least the fact that its cast of characters is so overwhelmingly male. Still, I don’t recall that troubling me much when I was ten. I read it during a challenging phase of my childhood, when I was struggling to deal with the petty cruelties of classmates; when I was about to make the shift from junior school to senior school and was feeling daunted by what lay ahead. The novel’s story of youthful resistance, its celebration of a hard-won freedom over soft conformism, must have spoken to me very intimately, I think. It did what the best fiction can do for us, perhaps especially when we are young: it took me into richly-imagined alternative world that was full of peril and pain, yet also full of heroic possibility.

We need this “heroic possibility” now more than ever, in the world of fiction and in the real world. Lambda Literary is committed to celebrating, sharing, and promoting books that show us what is possible. Will you join us with a donation today?

Donate before December 31st to help us start the new year with new possibilities!

Sarah Waters has written six novels, including three Lammy-award winners. Her work has been widely adapted for TV, movies, and theatre productions.