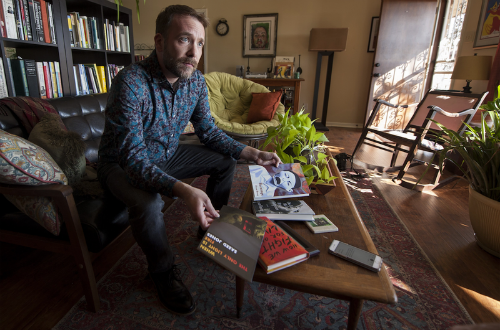 Whether 2019 was a time for cheer or tears, as the year comes to a close, let’s see who’s made LGBTQ news in the world of books!

In the near decade since its founding by former Lambda Literary Emerging Writer Fellow, poet, and publisher Bryan Borland,  Sibling Rivalry Press has become one of the premier independent presses in the United States. Read up on the story behind the name, and the profound contribution this Arkansas publisher has made within the queer, as well as undocumented, literary world in the aftermath of family tragedy.

If your bookshelf, (or Aunt Karen’s) is looking a a tad too hetero for your liking, this list can help queer things up this holiday season: EIGHTY books over the past decade that center queer, lesbian, and bisexual voices. You’re going to need a lot of gift wrap. Go ahead, give the gift of queer cheer for the Aunt Karen in your life. 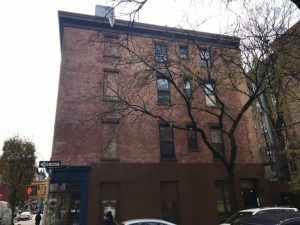 The NYC LGBT Historic Sites Project has added the homes of artist Georgia O’Keefe and author Patricia Highsmith to its ongoing registry. 48 Grove St was where Highsmith lived during her time as a student at Barnard; she featured the area in two of her books.

I’ve recently introduced myself with Lambda Literary award winning Rabih Alameddine’s work, (better late than never, I know) and one of the first things I thought was, “this writer, and his characters, thinks many things in the world are trite.” Well, this recent article by Literary Hub confirms my notion. Who needs the “best” books when you can read the oddest books?

Donja R. Love, a Princess Grace award winning playwright whose previous theater work includes Sugar in Our Wounds and Fireflies, is reminding us that HIV remains a critical issue in the Black gay community, and that concern shouldn’t fall just when white numbers do. His latest, and more experimental play, One in Two is running in rep at The New Group with stellar reviews. Click here for tickets and info!

But is it really a Lambda Literary news post if Bernadine Evaristo doesn’t make an appearance? You can’t blame us: the masterful Girl, Woman, Other has turned a British literary giant into a beloved world author whose work is deserving of cross-continental attention. This Vanity Fair interview might offer some insight into why every subway ride features at least somebody reading the book. 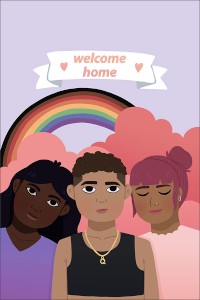 The cover of inQluded’s first issue, illustrated by Day Len.

Have you heard of Book Riot‘s “Read Harder” challenge? Check out this list of must-read debut books by queer authors.

inQluded is an online literary journal and workshop/events series based in New York City that serves as a platform for Black and Indigenous young queer, trans and intersex writers. Read up on inQluded’s founder, medina, and new mentorship initiatives coming up. Submit yourself, or refer an artist friend!

In recent years, the Black Southern experience has finally, and most necessarily, hit the mainstream. Here, scholar and poet Malcolm Tariq opens up about his recent book of poetry Heed the Hollow. Perhaps one of Dr. Tariq’s most striking artistic moves is his unflinching examination of the history of Anti-Black Southern violence that pulsates within his theme of queer erotics.

And finally, tune in to Carmen Maria Machado on her latest bestselling novel, In the Dream House. Another fantastic, bestseller that seems to be following me when I do manage to leave the house.