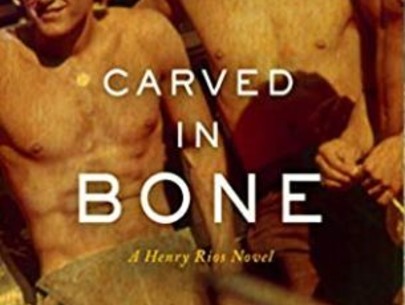 One of the qualities of mystery fiction that continues to draw me to the genre, both as a reader and a writer, is the complex interplay between past and present. In his compulsively readable new Henry Rios installment, six-time Lambda Literary award winner Michael Nava structures his 8th Rios novel utilizing two separate narrative lines that resonate and then, like a parallel perspective drawing, converge in a powerful emotional twist.

The first narrative line is the story of Bill Ryan, a young gay man who, after being cast out of his home in Illinois, flees to 1970s San Francisco to discover himself and the gay community. The second line is Rios’s recovery from alcoholism and his investigation of Ryan’s suspicious death during the beginning of the AIDS epidemic. Ryan and Rios serve as foils: Ryan is a man losing the war with his self-loathing. Rios, in contrast, is winning his war.

Nava toggles between perspectives to great effect. In Ryan’s perspective, we experience a young gay man’s sexual awaking during a time period free from the threat of AIDS. He learns about joys of physical pleasure, but because he lacks the emotional resources to properly process his family’s brutal rejection, he begins to fluctuate dangerously between self-actualization and self-destruction, drinking, doing drugs, and having risky, degrading bathhouse sex. He hungers for true and lasting love, but when he finally finds it in young man, Nick Trejo, he becomes possessive, fearing it will slip away. In Rios’s point-of-view, we have a man fresh out of rehab trying to piece together his life after the tragic events of the first novel. He takes work as an insurance investigator (a nod to Joseph Hansen’s David Brandstetter). His first case is Ryan’s “accidental” death by gas leak. Like Ryan, Rios is wrestling with his fear and is struggling to love himself. Also, like Ryan, he finds himself in a romantic relationship that complicates and threatens to derail his recovery.

Although Carved in Bone is less about the insurance investigation than about character development and relationships, it’s no less gripping. Writing parallel narratives can be risky. Sometimes they compete with one another, making the novel lopsided, drawing the reader’s attention too much in one direction or another. However, in this case, Nava creates energy between the stories, which more than any tortuous plotting, propels us through the stories to their converging point—which does, in fact, deliver a rather nice twist.

Carved in Bone is set after his first novel, Lay Your Sleeping Head, which according to Nava, he wrote to fill in the gaps in Rios’s overarching storyline. He is working on a follow-up as well. Although he beautifully details the early days of the AIDs epidemic, he seems to be after more than simply remembering the horrific disease and how it was used to further disenfranchise gay men. That’s in there, of course, but he’s also suggesting that if romantic love comes before self-acceptance and self-love, the result can be tragic.