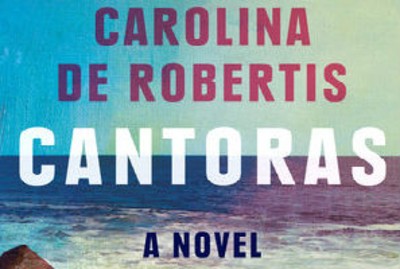 Note: In August 2017, I was a participant in Las Dos Brujas, a five-day writing conference. Carolina De Robertis was my workshop leader.

Cantoras tells the stories of five queer women in Montevideo, the capital of Uruguay; of the homes they build, first and foremost a shack that the five buy together in Cabo Polonio, “the edge of the world,” the site of their retreat from dictatorship; of the community they sustain through abductions, separations, relocations; of the romantics they dare embrace despite criminalization, familial obligation, and each other. The novel spans more than three decades and tracks the everyday despair of living through dictatorship and the cautious optimism of returning to democracy.

Cantoras tells the story of five queer women who find in one another the permission to love without bound. They are Romina, Flaca, Malena, La Venus, Paz.

The amount of story in this novel is remarkable, to say nothing of its depth. The text uses many tools to pack so much into three hundred pages. For one, it telescopes from the personal to the political. Of the five women, Romina is the most politicized and activated. Her portions of the book are its portal to Uruguay’s socio-political developments since the seventies. Also, the narrative cuts between past, present, and future seamlessly, and it alternates between summary and scene strategically.

With that said, backstory can be dangerous territory for narrative. As a fiction teacher once told me, all backstory is necessarily static. How does Cantoras manage to stage so much past while maintaining its narrative momentum?

De Robertis does wonders with point of view. The novel does something that only writing can do: access its characters’ inner lives. Rather than centering one protagonist, as is the norm in literary fiction, the text flashes through four of the five women’s interiorities. (More on the fifth to come.)

For instance, we first learn about a defining trauma in Romina the activist’s life from the point of view of Flaca, her former lover. The second time is when we get Romina’s story through herself. This layering warms up the narrative. The repetition—or is it recursion?—makes us feel that we earned the story. The effect is intimacy and satisfaction. Indeed, every time a character reveals her past in Cantoras feels like the right time: for her to reveal, for her friends to behold, for the narrative to resurge.

In this way, De Robertis’s storytelling feels trauma-informed, even healing-centered. Some of the hardest harms that the novel holds occur in the characters’ pasts. Throughout the text, characters reveal to one another what they’ve endured. That past often feels like another life, its pain world-shattering and world-making, but it heals to tell a friend who’s willing to listen. Acts of witness are this novel’s heart and its engine of tension, those two things selfsame.

Cantoras privileges listening while dramatizing its fraught economy. Case in point: Malena, the fifth woman. One of the novel’s longest lines of tension is the sustained withholding and titrated reveal of Malena’s past and interiority. She knows yet is unknowable. Her friends all value her intuition for their emotional needs, yet they abide by her self-concealment. The person who needs most to be heard listens instead. She resists self-exposure, fearful, wounded.

In contrast, we get everyone else’s everything. We get access to what characters don’t or can’t say even to those they hold closest and dearest. The effect of this radical disclosure, paradoxically, is the articulation of our constitutive loneliness. Even with those beloveds in whom we find harbor, there are silences we can’t puncture, boundaries we shan’t trespass.

However painful to bear, this tension gives way to one of the novel’s finest pleasures. The text’s default point of view is what’s called a “close third.” That is, we usually float atop a character’s consciousness, near but not within. To illustrate, “Romina carried the weight of all parental expectation.” The deeper we swim inside the character, the more tender the language gets, much of it in the light and loose space between first- and second-person: “How do the others do it, she thinks, survive the numbers larger than this counting, and tell me someone are they true, the stories, is this story true, the story she is trapped in, is it her forever…. At last they are gone. Ignored again. What is this. What is this…. Alone. Alive. Luck. Luck. Sky.”

Late in the book, La Venus calls Virginia Woolf’s To the Lighthouse her Bible. As in Woolf, De Robertis’s novel feels the most alive when it’s charting consciousness, that thing so familiar yet strange—that thing like water. Such intimate telling of the past makes Cantoras ever present.

Brian Lin is a Ph.D. student in the creative writing and literature program at USC. He is fiction editor at Apogee Journal, development coordinator at The Offing, and a participant in the Napa Valley Writers' Conference and the Tin House Summer Workshop.