‘Burn It Down: Women Writing About Anger’ Edited by Lilly Dancyger

‘Burn It Down: Women Writing About Anger’ Edited by Lilly Dancyger 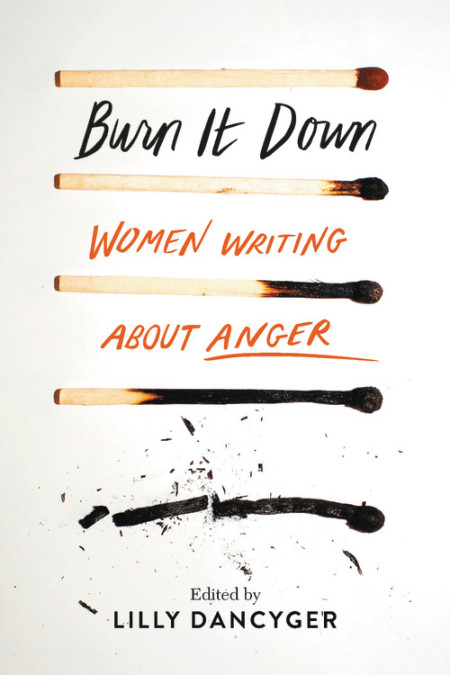 Audre Lorde’s 1981 groundbreaking keynote speech “The Uses of Anger: Women Responding to Racism” is, in many ways, a forerunner of Lilly Dancyger’s  compelling anthology Burn It Down: Women Writing About Anger. Lorde’s analysis is quick to pivot from the theoretical to specific personal example. Lilly Dancyger adopts a similar rhetorical strategy by collecting twenty-two relatively short first person accounts exploring anger grounded in concrete personal experience. But while both Lorde and Dancyger urge articulation of anger and suggest the positive consequences that may ensue, the editor clarifies at the outset that her collection is not designed to advance a particular goal or agenda. “I wanted to give writers an opportunity to express and explore their anger, not as a means to an end, but for its own sake. Our anger doesn’t have to be useful to deserve a voice.” Still several contributors locate anger as the source of their writing energy, others affirm the redemptive power of coming to terms with the emotion, and Dancyger herself echoes the exhortations of some of her feminist forbears as she invites her readers to “Come rage with us. Our collective silence-breaking will make us larger, expansive, like fire, ready to burn it all down.”

Several features distinguish this collection including the range of experience covered, a uniformly sophisticated attention to language that manages to convey painful truths in cogent creative prose, an unwillingness to settle for pat answers and easy solutions and, finally, the fact that virtually any woman reading this book will find herself or someone she knows if not literally at least metaphorically in its pages. As I was preparing to write this review, for example, three female friends described circumstances recalling essays in this book. One friend outlined her initial dismissal and eventual struggle with the medical establishment to find the cause of a series of debilitating symptoms. I referred her to Lisa Marie Basile’s account of a comparable circumstance in “My Body Is a Sickness Called Anger.” Another friend described her family’s dilemma concerning how to respond to her grandchild’s unwillingness to identify as Jewish occasioned by recent anti-Semitic outbreaks of physical violence. I recommended Megan Stielstra’s chilling narrative in which the author tries to explain gun violence to her ten year old son after an especially frightening school lockdown. Finally, when a third friend posted an article about the pain and frequency of willful employment of the incorrect gender in the essayist’s family, I recalled Sheryl Ring’s “Crimes Against the Soul,” a piece that chronicles the regularity of deliberate, malicious use of misgendering in Ring’s workplace and elsewhere. One clear strength of Burn It Down, then, is its wide-ranging subject matter and ease of reader association.

Certain essays stand out as particularly informative, engaging and provocative. In “Rebel Girl,” Melissa Febos writes beautifully of her journey from her mother’s Second Wave feminism to her own self identified queerness, a process that began at an alternative summer camp when she was thirteen. Meredith Talusian in “Basic Math” shares the insights into female erasure gained in the aftermath of her gender transition and the consequences of her battle to change things in the hothouse atmosphere of a prestigious M.F.A. Program. In “Homegrown Anger,” daughter of Filipino immigrants Lisa Factora-Borchers interrogates the U.S. political landscape in the Trump Era and explores the unanticipated challenge presented by the need for prolonged anger  before suggesting strategies for continued activism and self care.

Despite the editor’s early insistence that “I wanted to give anger a space to exist solely for itself, without being packaged and used for someone else’s gain,” her very title issues a call to action, a dismantling of the multivalent forces that women are justifiably angry about. Thus occasional essays that simply record instances of rage without movement toward change or healing seem inconclusive and not entirely satisfying. One also wishes for a wider age range since the oldest contributor seems to be forty-nine.

Still the powerful piece that concludes the collection, Anna Fitzpatrick’s ”So Now What?” captures the rejection of formulaic resolutions in favor of the power individual agency that runs through the best of the anthology as the narrator struggles with self questioning and  doubt in the aftermath of a rape. Fitzpatrick ends her essay with a report that she finally is able to guardedly move on, explaining that despite the recurrence of good days and bad days, “my priorities have shifted…and I remember that I’ll be fine.” One hopes for similar outcomes for all of the angry women in this volume and around the globe so that we may effectively confront the malevolent and insidious forces ranged against us. As this urgent anthology reminds us, the time to burn down the systemic edifice of violence, misogyny and the host of other toxic constructs that seek to dominate women’s lives is long overdue.

‘I Ate the Cosmos for Breakfast’ by Melissa Studdard
Meredith Maran on Her New Memoir and the Definition of Happiness
‘The Art of Living: An Oral History of Performance Art’ by Dominic Johnson