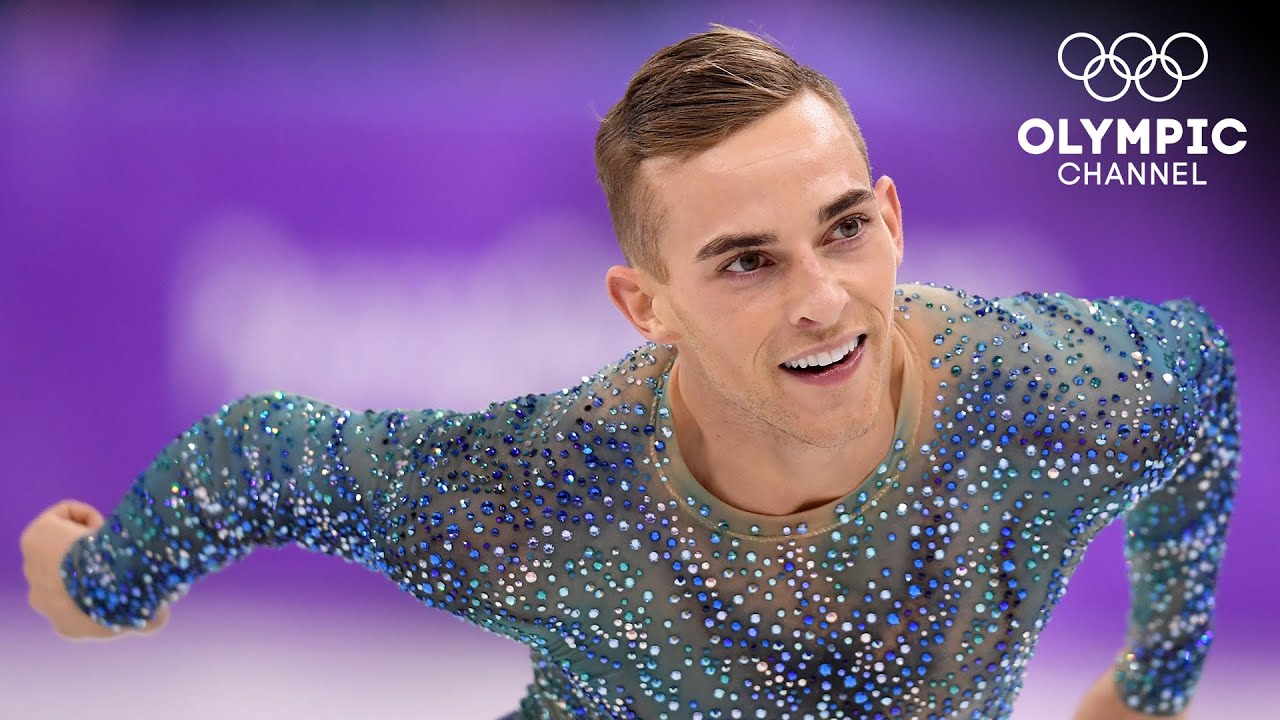 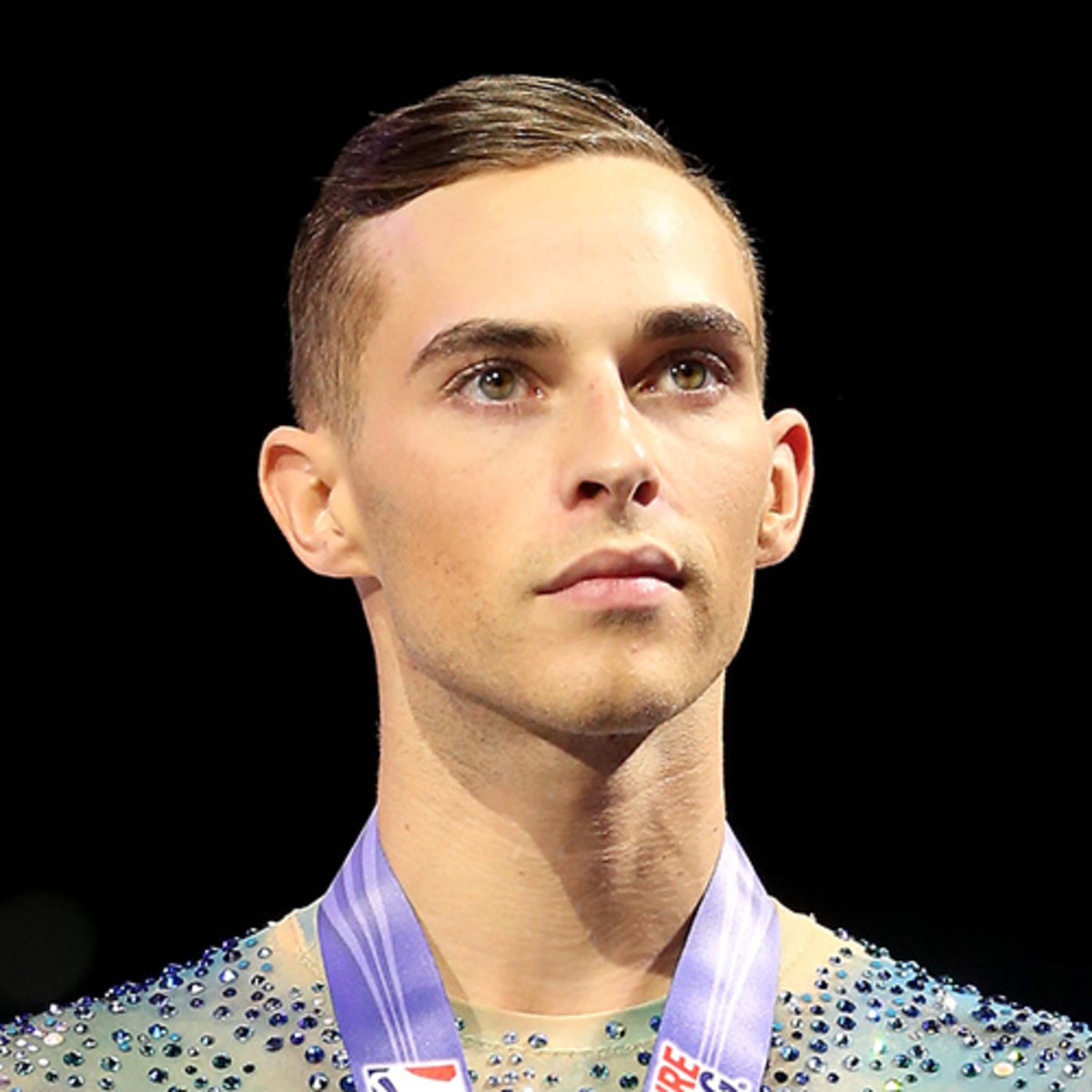 Adam Rippon just can’t seem to stop winning: there was that season of Dancing With The Stars, there was Reese Witherspoon’s heart and, of course, that bronze medal at the 2018 Winter Olympics in team figure skating. Adam has, thus, made history as the first openly gay athlete to win a medal at the Winter Olympics.

Mr. Rippon’s recently released memoir Beautiful on the Outside paints for readers his up-hill journey to becoming the person he is today. Adam, a boy just outside Scranton, Pennsylvania , detested skating growing up, then miraculously went on to have a successful career in the sport. The book details his broken bones and crushing breakups that may have knocked him down, but ultimately gave him the strength to carry on, and even make some fashion statements along the way.

Lambda Literary was able to speak with Adam about the book, what prompted him to push boundaries with his elaborate skating outfits and the hurdles off the ice athletes face in trying to come out to the public at large.

The first question, the big question: What made you decide to write a memoir?

Right after the Olympics, I knew that I would be ending a huge chapter of my life with skating. I thought it would be a really nice thing to do. It would be almost like therapy to go through [these moments] and really think about everything that I’ve been through before I took the next steps [in my life].

I wanted to share a lot of the stories and a lot of the things that I’ve experienced in my life; I think it could help someone before they make the same mistakes that I did

What was the writing process like? Was it harder than figure skating or easier?

The whole process was more enjoyable than I thought it would be, but also harder. I enjoyed it but it’s hard to go through all of those times when you didn’t feel so hot about yourself.

What was the hardest moment to write about?

There were a few moments in the book [when I looked back] and told myself, “Hey Adam, have some confidence and take control of this situation,” where I felt like I was being pretty passive.

But I wanted to share those times when I was not in the driver’s seat in my own life. I thought that it was important to talk about those moments because by making it through them, I grew a lot.

Especially towards that end of my competitive career, I was always trying to push the rules as far as they could go without breaking them. I was so focused on “I wonder how this is going to go over,” that it almost relieved a little bit of stress. It took some of the drama of the competition away because there was something else to think about and focus in on.

You also talk about coming out both to your family and to the world at large, and the history of gay men in figure skating, including Johnny Weir, among others, and you’ve made history as a medalist– one of the first out medalists. What do you think are some of the barriers to coming out, and being an out figure skater? What do you think is preventing people?

I think, especially in a judged sport, you want to feel good about yourself, but at the end of the day, your results are based on how hard you work. You can’t be denied if you do great work, but it’s still going to be in your head that these people are judging you [based on extraneous details].

If they don’t like you, they’re not going to give you good marks; that’s a real fear for people who are in a judged sport. Further than that, there are other athletes on the team. You don’t want to lose their trust, and you don’t want your teammates to treat or think of you differently. So, it’s a whole other dynamic when you get into various team sports.

If everything goes according to plan, it makes you closer to the people on your team. Whether it’s just you, your coach, and your choreographer or all of your teammates and your coaches, I think that when you share something like that people know it takes guts.

It’s my hope in the future, that a fellow team member coming out makes people feel like they’ve become more of a team and more of a family.

If there’s one thing you want a reader to get from your book, what would that be–the big message?

I felt like I worked harder; when I enjoyed what I was doing instead of trying to force something to happen. I think for a while I was really just trying to get to the Olympics–it didn’t matter to me how. I just wanted to be there. When I finally allowed myself to relax a bit, I focused on being my best in my practices and being my best at every event. I realized that was what it was all about; it took until the very end of my career to figure that out, but once I did, that’s what got me to the Olympics: when I didn’t need to go, that’s when I was ready. I feel like it’s a lesson you can learn in any part of your life. When I felt like I needed to go, I was holding it too tightly.

Are there any memoirs you either want to see written, or any existing memoirs you want to read from other LGBTQ athletes that you’d be interested in? Like Gus Kentworthy or Megan Rapinoe?

I would be so interested in reading Megan Rapinoe’s memoir. And of course, Gus’ story as well. It’s so funny because Gus and I had this conversation about how our stories are so different, but I feel when you read another LGBTQ story, even if it’s something you’ve never been through or never gone through, you relate to it because that basic kind of fear of coming out or fear of not being accepted is so universal to all of us in the entire world. I think for LGBTQ people, it’s that fear of acceptance. But I think all people kind of go through that: we all want to be accepted, we all want to be embraced.

[1] This refers to a tank top used in promotional materials that was in danger of causing him to have points docked of his overall score in a performance. His designer explained the situation in interviews here and here.

Alex Dimitrov interviews Gabrielle Calvocoressi
'How To Be Gay' by David M. Halperin
'The Air You Breathe' by Frances De Pontes Peebles