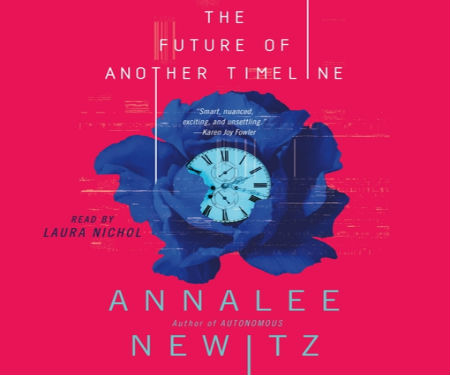 ‘The Future of Another Timeline’ by Annalee Newitz

‘The Future of Another Timeline’ by Annalee Newitz 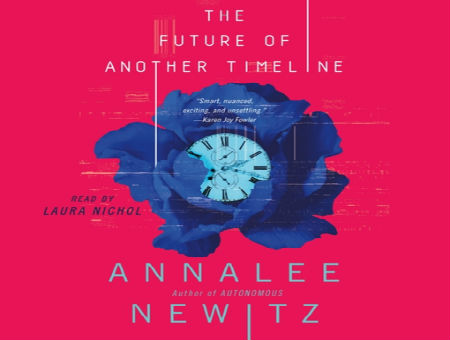 Annalee Newitz’s The Future of Another Timeline is feminist sci-fi novel that will probably see a great many comparisons to The Handmaid’s Tale. Both feature alternate realities that center on women’s reproductive freedom.The Future of Another Timeline, though, is–ironically–very much an artifact of its age. In its time-traveling premise, a feminist group known as Daughters of Harriet battle an unnamed ersatz-incel cabal aimed at a male supremacist future. The two groups engaged in “edit wars” as each tries to twist the timeline to its benefit. It’s a conceit redolent of contemporary Reddit wars, and today’s atmosphere of “alternative truth” and feminist excavation of previous buried history. The book’s plot moves across time and through different characters’ points of view.

Newitz makes a clear effort to be inclusive, and the book features some prominent characters of color, as well as a trans woman whose cis female partner takes up the point of view narration for a few chapters.

The novel opens with our primary protagonist, Tess, whose narrative makes up the vast majority of the book. She has traveled back in time to 1992, ostensibly to encounter her younger self at a rock concert. She’s quickly sidetracked by an encounter with a young man from far in the future, who’s on a mission to derail the timeline in order to “empower men,” and spews misogynistic vitriol. We learn that this is a history in which abortion has never been legalized. The next chapter’s move to the perspective of Beth, living in 1992, makes that clear, and the book lingers appropriately on her personal tragedy before the “edit wars” take center stage. They become increasingly suspenseful as we meet a time traveler from the far future and learn that the misogynistic male group is seeking to shut down time travel forever, locking their sinister timeline in place.

The incel-esque men turn out to denote themselves followers of Anthony Comstock, a real anti-vice activist from the late 1800s. He’s one of several true historical characters the book dips into; part of Tess’s journey involves a trip back to the 1893 World’s Fair, where she winds up working with the women who performed traditional belly dances. Newitz clearly enjoyed her research and writing about that era and setting. She explores subtle alterations in history, from the Haitian Revolution to the life of Harriet Tubman. Hence her feminist group’s title Daughters of Harriet: in her alternate reality, Tubman became a senator.

It’s worth taking the time to savor the richness of detail in her exploration of proto-feminism. Her point, and it’s a well-taken one, is that we often overlook the incremental progress that led to women’s suffrage in the twentieth century. Along with the book’s lingering, loving focus on oft-ignored history, she gives us a fairly realistic picture of the life of a practicing scientist. Tess’s job title is “cultural geologist,” a quirky way of referring to her practice of traveling in time to document anthropological shifts. The novel’s time-travel conceit is machines whose genesis remains mysterious; naturally, pinpointing a time when they were created is a nonsensical proposition. The characters don’t delve into it, but we do learn a series of rules about time travel: you need to register and you need to live in the region of one of the machines for four years. Later, we learn that some characters can break these rules, which muddies the waters somewhat as they haven’t been fully established in the first place. In truth, the details that made time travel possible in the setting remain opaque to readers for most of the book, as does the question of why time travelers are known both as Travelers and as Geologists. But the descriptions of the day-to-day practice of science ring true–including the scientific attitude of openness to new hypotheses as they emerge.

The Future of Another Timeline is a timely piece of fiction that makes explicit its primary contentions: it pits the Great Man theory of history against the Collective Action theory, and if its ending feels prefigured, it still offers a genuinely unexpected twist along the way.

'The Music of What Happens' by Bill Konigsberg
Blacklight: James’ 'A Kind of Justice' Depicts the Struggle of a Shrewd Transwoman Accused of a Vici...
‘Aquarium’ by David Vann