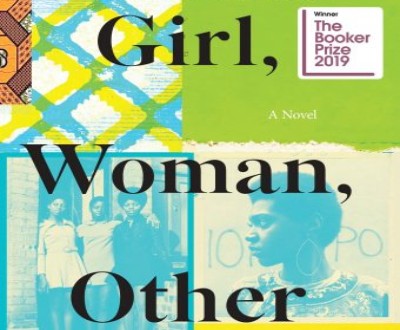 November is here, and we’re back with more LGBTQ releases for your reading list!

Esteemed author Bernardine Evaristo has just recently taken home the 2019 Booker Prize, the highest honor of English Literature. In fact, her must-read winning novel, Girl, Woman, Other has been called “a richly textured social novel that shows a side of Britain we rarely see” (Booker Prize Judges). While the decision on the part of the judges to split the prize in half between Ms. Evaristo and Ms. Margret Atwood has stirred significant controversy and critical discussions of the roles of race and representation in literary criticism and awards, Ron Charles of The Washington Post argues that the story has, at the very least, “given an astonishingly creative, insightful and humane writer the worldwide attention she has long deserved.”

The twelve central characters of this multi-voiced novel lead vastly different lives: Amma is a newly acclaimed playwright whose work often explores her Black lesbian identity; her old friend Shirley is a teacher, jaded after decades of work in London’s funding-deprived schools; Carole, one of Shirley’s former students, is a successful investment banker; Carole’s mother Bummi works as a cleaner and worries about her daughter’s lack of rootedness despite her obvious achievements. From a nonbinary social media influencer to a 93-year-old woman living on a farm in Northern England, these unforgettable characters also intersect in shared aspects of their identities, from age to race to sexuality to class. 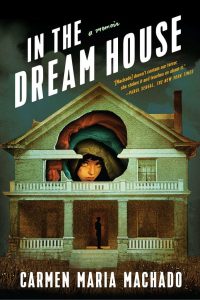 Carmen Maria Machado’s newly released  In The Dream House is not your typical memoir about a horrifying toxic relationship. It contains a dedication, several epigraphs, meditations on queer theory, an overture, multiple vignettes from her childhood, and a history of lesbian domestic abuse in the pop canon. The book is equally about the subject material as it is building the language to talk about it, and Machado does that building with both daring and grace.

In the Dream House is Carmen Maria Machado’s engrossing and wildly innovative account of a relationship gone bad, and a bold dissection of the mechanisms and cultural representations of psychological abuse. Tracing the full arc of a harrowing relationship with a charismatic but volatile woman, Machado struggles to make sense of how what happened to her shaped the person she was becoming.

Few writers can surprise and enlighten with equal audacity in both their fiction and nonfiction works, unless of course you are Daryl Pinckney, a recipient of both the Guggenheim Fellowship and Whiting Award in his lifetime. His latest collection of essays, Busted in New York, traces the lineage of black intellectual history, thought, literature, art, and protest to examine how we’ve arrived at our given moment, from Booker T Washington to Kara Walker to President Obama. Zadie Smith, the author of the introduction, has said it best, to the surprise of no one. So let’s just leave it with her:

How lucky we are to have Darryl Pinckney who, without rancor, without insult, has, all these years, been taking down our various songs, examining them with love and care, and bringing them back from the past, like a Sankofa bird, for our present examination. These days Sankofas like Darryl are rare. Treasure him! 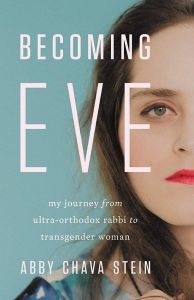 In the genre of memoir, we are also looking forward to Abby Stein’s Becoming Eve, an autobiographical coming of age account of an Orthodox Jewish child who was brought into the world to become a rabbinic leader, and instead left the Orthodox community and her assigned male gender to become the woman she is today. For an inside look into “the why” behind the memoir, check out an excerpt from the introduction on the publisher’s page below:

My story includes two interwoven transitions: coming out of Ultra-Orthodoxy, and coming out as a trans woman. The stories we read of both experiences tend to suffer from problems in the public sphere, problems that are marked by overt polarization, lack of nuance, and the romanticizing of a mysterious religious sect. Several books have been written about the Hasidic community, both by people who have lived it and left and by outsiders looking in, and most either glorify the lifestyle or demonize it. Trans representation tends to follow a similar path: there is overt sexualization and the casting of transness as mental illness, or idealized representations that focus on victimhood—though, thankfully, that’s starting to change.

My story is my own, but it is also something greater. It is a story about arranged marriages in New York City, about a family of thirteen siblings and more than thirty aunts and uncles, of a family tree with branches as twisted as medieval European royalty. It is a portrait of life in a gender-segregated society nestled within one of the world’s most progressive metropolises.

Whitney Houston fans will definitely want to check out A Song for You, a book by longtime Houston confidante Robyn Crawford. After years of rumors and hearsay about the nature of their relationship, Crawford 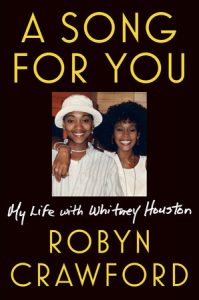 finally opens up about her time with the beloved singer.

Whitney Houston is as big a superstar as the music business has ever known. She exploded on the scene in 1985 with her debut album and spent the next two decades dominating the charts and capturing the hearts of fans around the world. One person was there by her side through it all—her best friend, Robyn Crawford.

Since Whitney’s death in 2012, Robyn has stayed out of the limelight and held the great joys, wild adventures, and hard truths of her life with Whitney close to her heart. Now, for the first time ever, Crawford opens up in her new memoir, A Song for You.

With warmth, candor, and an impressive recall of detail, Robyn describes the two meeting as teenagers in the 1980s, and how their lives and friendship evolved as Whitney recorded her first album and Robyn pursued her promising Division I basketball career. Together during countless sold-out world tours, behind the scenes as hit after hit was recorded, through Whitney’s marriage and the birth of her daughter, the two navigated often challenging families, great loves, and painful losses, always supporting each other with laughter and friendship.

Finally, if you’re a millennial, or otherwise need more material that seeks to understand this interesting species of human known as millennial, check out a new LGBTQ Studies release entitled I Confess! Constructing the Sexual Self in the Internet Age.

In I Confess!, a collection of thirty original essays, leading international scholars such as Ken Plummer, Susanna Paasonen, Tom Roach, and Shohini Ghosh explore the ideas of confession and sexuality in moving image arts and media, mostly in the Global North, over the last quarter century. Through self-referencing or autobiographical stories, testimonies, and performances, and through rigorously scrutinized case studies of “gay for pay,” gaming, camming, YouTube uploads, and the films Tarnation and Nymph()maniac, the contributors describe a spectrum of identities, desires, and related representational practices. Together these desires and practices shape how we see, construct, and live our identities within this third sexual revolution, embodying both its ominous implications of surveillance and control and its utopian glimmers of community and liberation.

A Poem by Mat Wenzel
Karen Tongson Wins 2019 Jeanne Córdova Prize for Lesbian/Queer Nonfiction
‘They May Not Mean To, But They Do’ by Cathleen Schine