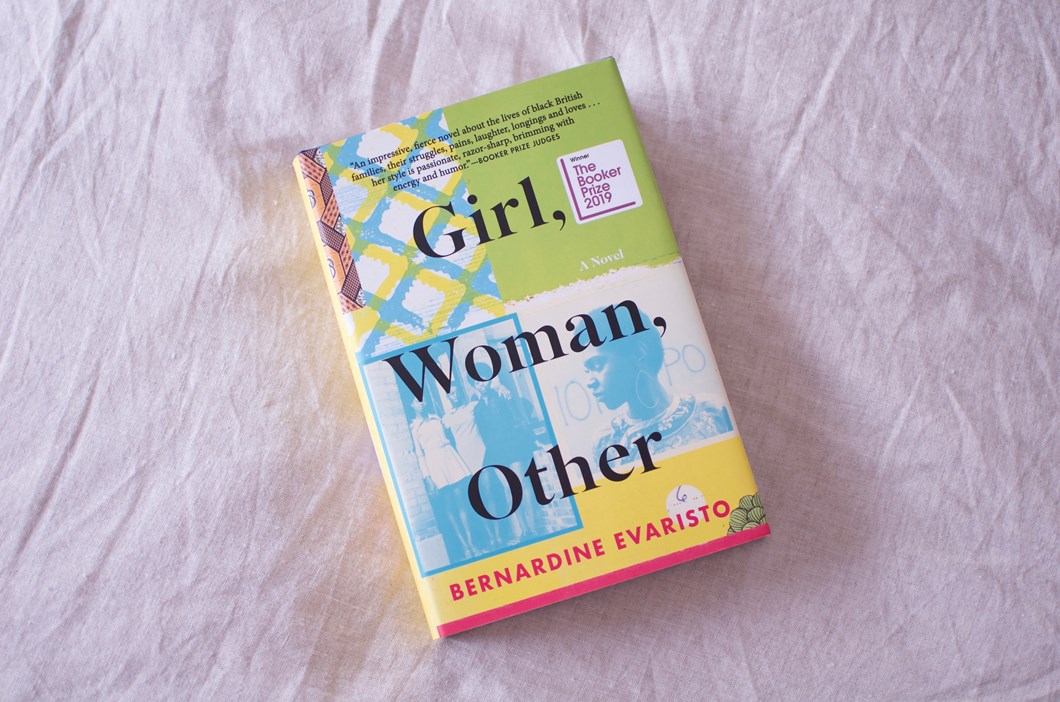 ‘Girl, Woman, Other’ by Bernardine Evaristo

‘Girl, Woman, Other’ by Bernardine Evaristo 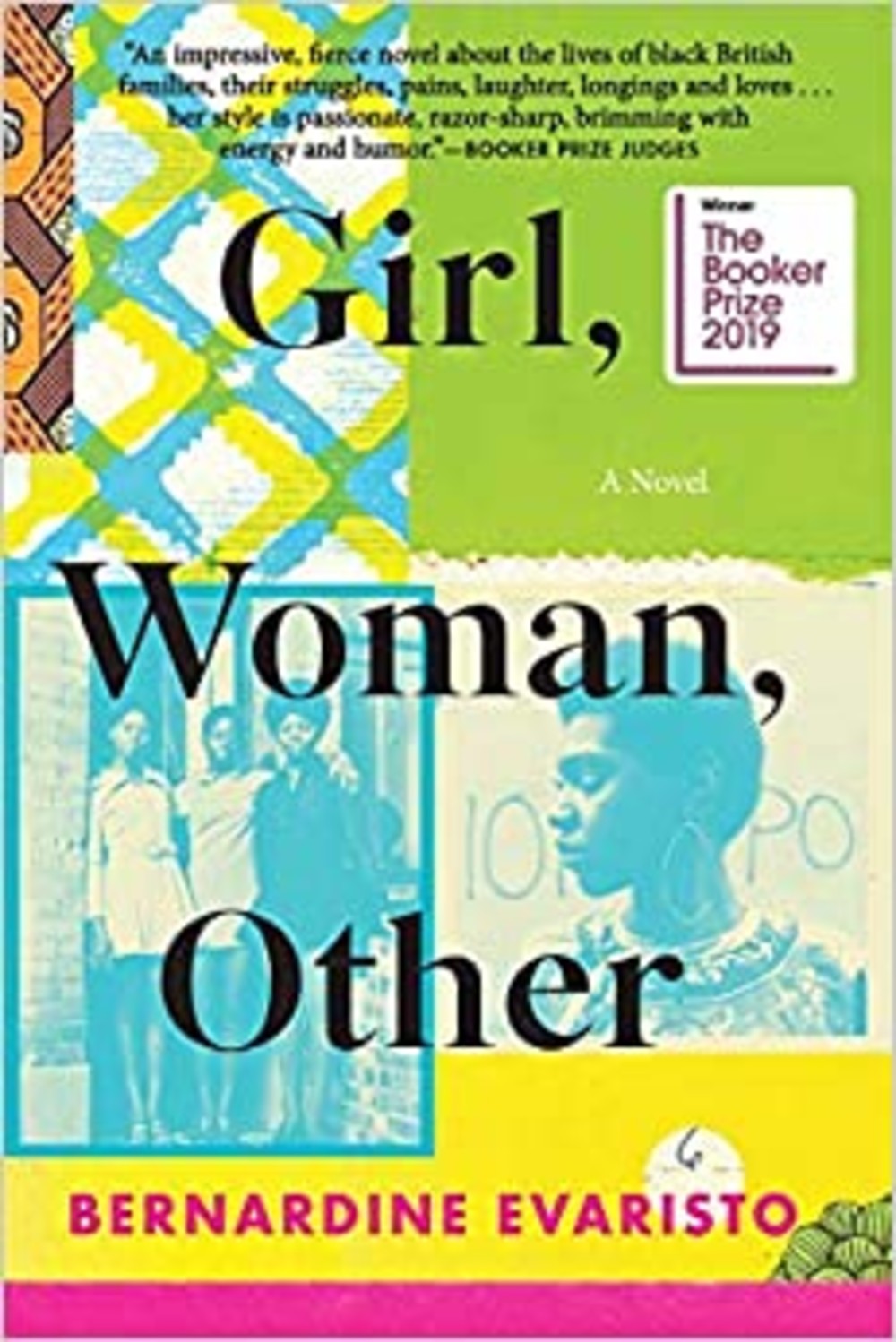 With Girl, Woman, Other, British writer Bernardine Evaristo became the first black woman to win the Booker Prize for Fiction. It’s an achievement that would fit neatly into the novel itself, which takes the weight of black female exceptionalism as one of its many subjects.

We open with trailblazer Amma Bonsu, who, like Evaristo, cofounded a black women’s theater company in gritty early-eighties London. After decades mounting little-seen works like “The Importance of Being Female” and “FGM: The Musical,” she’s preparing for a plunge into mainstream success with a new show at the National Theatre. In the audience: a lifetime’s worth of friends, frenemies, family, and other connections that will click into place over the course of the book.

The party Evaristo’s throwing is massive, and as a good host, she’s intent on making introductions. So rather than stick with Amma, we circulate among a dozen characters—mostly black, mostly women, and all products of the African diaspora by one route or another. Voices change chapter by chapter, all conveyed in something looser than either verse or standard prose. (Line breaks stand in for periods and capitalization is sparse, but ultimately the language feels no more experimental or less natural than, say, Homer.) Evaristo sidles up to her characters in the quiet moments of their lives—commuting to work, dozing after Christmas dinner—and lets their thoughts and histories unspool just long enough to convey who they are and how they got that way.

In some chapters Evaristo’s approach can verge on caricature, in the boardwalk-artist sense: an exaggeration of traits that makes the subject more, not less, individual. Those pundits who trade in gripes about the wokeness of today’s youth are surely envisioning someone exactly like Amma’s daughter Yazz, a motormouthed college student whose hobbies include ranking her friends by oppressedness and needling her mother by rattling off opinions like, “I reckon we’re all going to be non-binary in the future, neither male nor female, which are gendered performances anyway, which means your women’s politics, Mumsy, will become redundant.” Her father is a pompous public intellectual who can fake his way through any conversation by mumbling “stuff about the Internet of Things and Pokemon, terrorism and global politics, Breaking Bad and Game of Thrones.”

These sketches are often funny, but richer fruits appear as the story branches further from Amma’s crew of posturing urbanites. Often, the turn of a chapter flips us into the unexpected depths of a character we’ve met in passing. Thus Bummi, who first appears as a standard-issue overbearing immigrant mother, expands to fill her own chapter with one of the book’s most engrossing stories. Orphaned, widowed, forced to move to an unfamiliar land, Bummi does dream of success for her daughter. But privately, she also dreams of transforming her cleaning company into an army of women dispatched to remedy environmental degradation. She dreams of updating her native Nigeria’s tradition of polygamy to allow her to have both a husband and a wife. She’s utterly original and thoroughly believable.

Part of Evaristo’s skill in convincing us we know her characters can be chalked up to her research skills, honed through previous historical novels. She populates every corner of Girl, Woman, Other with lively details collected from everywhere: 20th-century leftist movements in Ghana, black-market oil refining in Nigeria, the dating scene for mixed-race women in 1940s Newcastle, the early-morning routines of a supermarket manager. And when we finally meet the nonbinary social media personality who inspired Yazz’s spiel about the extinction of gender, they’re drawn with just as much idiosyncratic precision. After clashing with the family who believed they were raising a little girl named Megan, Morgan nevertheless decides to put down roots in Northern England near their great-grandmother Hattie, a Brexit voter who leans on a walking stick topped with a black power fist to get around her farm.

The histories that shape us often work strange contradictions into our character, and perhaps that’s doubly true for anyone striving to make a path in a culture that hasn’t seen them coming. One member of the audience at Amma’s premiere—which involves the reminiscences of a West African lesbian warrior—is Bummi’s highly assimilated banker daughter Carole. She would prefer her representation served much neater than Amma or Evaristo is interested in doing: “if only the play was about the first black woman prime minister of Britain, or a Nobel prize-winner for science, or a self-made billionaire,” she sighs.

Certainly, Evaristo can poke fun at her characters. But one always senses it’s done with love. Bearing more than 450 pages, action ranging from 1895 to the present day across three continents, and an empathy deep as history, Girl, Woman, Other is a generous book in every sense.

“What if I risk/Taking the head of death/Here in the dark, far/And deep”: Jericho Brown Adds Risky, ...
‘The Pyramid Waltz’ by Barbara Ann Wright
'Wagstaff: Before and After Mapplethorpe: A Biography' by Philip Gefter