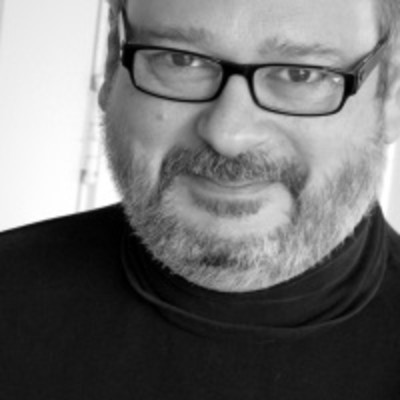 Nick Nowak is a former Chicago police officer–many of his relatives are on the force–but in the late 1970s, Nick and his librarian lover Daniel Laverty were gay bashed. Daniel wanted to report it; Nick feared the repercussions of a not-so-gay-friendly Chicago Police Department. But truth will out and so was Nick – out of a career he loved, and out of a relationship with the man he loved. Part-time bouncer, part-time PI checking references for an accounting firm, Nick’s life was more happening to him than Nick actively engaged in rebuilding it.

All this could not be contained in a single short story. Ten years on, in fact, the award-winning series Boystown has grown to 3 collections of stories/novellas, nine full length novels and a couple of stand-alone prequels to tease and please new and seasoned readers alike. There are several story arcs–the Bughouse Slasher, The Outfit mob boss Jimmy English, current CPD buddy/lover Bert Harker who acquires a flu he can’t shake, and several ongoing relationships including one with retired priest Joseph Biernecki–which link the day-to-day cases Nowak takes on. It’s a remarkable palette of stories, characters and themes…and all of it set in the backdrop of gritty, noirish Chicago of the 1980s as AIDS descends on the freely promiscuous gay population. Nick, and the readers, share in the loss of innocence and toughening of one’s soul as this extraordinary series progresses.

There are several factors which have made the series so successful (Six of the books have been nominated for the Lambda Literary Gay Murder Award; Boystown 7: Bloodlines won in 2016): nostalgia perhaps, believable characters and plots, and Marshall Thornton’s gift as a writer. This is no mean accomplishment: Thornton earns his living as a writer of gay fiction–mystery, comedy, romance. He’s brought out a new Nick Nowak book every year in addition to three other books. His other series, The Pinx Video Mysteries, set in 1990s Los Angeles, has reached four books.

I tracked Marshall down at his current home in Michigan to ask him about the tenth anniversary of The Boystown Mysteries.

First all, congratulations on the milestone! Can you begin by telling us a bit about your origins? You write about big cities … did you grow up in an urban setting? When did you start writing?

I began writing as a teenager up in New York’s Adirondacks. Eventually, I made my way to Chicago and lived there for seven years then on to Los Angeles where I lived for more than 25 years.

Many authors of a certain age often include a coming out episode for their characters. In both of your current series, everyone seems to be “matter-of-factly gay.” What was your coming out experience like and how is that reflected in, say, Nick Nowak when we first meet him in the late 1970s?

I came out in stages, first to myself—of course—then to friends, and finally to family. Nick has much more at stake than I did. My personal experiences are more like Noah’s, a main character in The Pinx Video Mysteries. But I think anyone who was in the closet during that period—and even today—can identify with Nick’s reluctance to come out and risk his livelihood and relationship with his family.

Some of your work has been published by gay indie houses. Boystown started out that way but around half way through you reclaimed the rights and have been self-publishing ever since. In fact, it seems success followed that move. What are the pros and cons for you and for the Boystown series?

First, I would say that I published with m/m houses which I would separate from gay publishers. The main difference being that m/m houses have a focus on romance (and erotica) which ultimately didn’t fit the series. The opportunity to go completely indie happened right after I lost a survival job in L.A. and, at 57, I really had no choice but to put all my efforts into my writing. Which has certainly shown dividends. 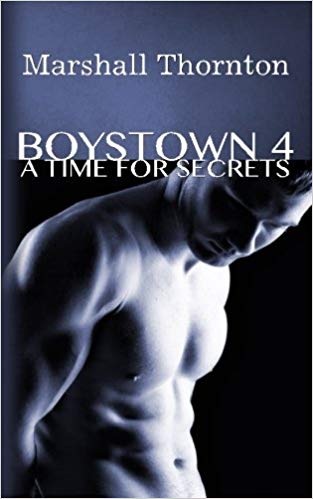 You have an MFA in screenwriting from UCLA, and have had plays produced in both Chicago and LA. For me, Boystown isn’t aggressively cinematic like some popular writers but well plotted, with unexpected twists and enough time to develop characters and situations. Time is taken to build relationships organically vs suspense thriller bam-bam-bam action. How has your screenwriting experience informed the structuring of Boystown?

The education I got at UCLA was story-based and I’ve found that it translates well to other forms of fiction. I use that education every day when I write.

Your settings are gritty, atmospheric, sometimes bleak grey. The Chicago of the 1980s convincingly lifts off the page. It’s no accident that you lived there during the very years of the Boystown series. Yet you write decades later. What’s that like? Is there research needed? Any misremembered bloopers along the way?

Early on in the series, I read a couple of Sara Paretsky’s V.I. Warshawki books. I liked them but I felt like it was a very different Chicago than I remembered. Rather than decide she was wrong though, what that experience made me understand is that cities like Chicago or L.A. or New York can be very different places for different people. Her Chicago is no less valid than the one I created for Nick. They’re just different views of the same place.

And yes, I do have to do a lot of research. Typically, I begin with things I remember and then research them to make sure I got it right.

Religion weaves in and out of the series. After he is diagnosed, Ross goes to stay with his fundamentalist parents, then returns to Nick. Nick’s later boyfriend Joseph is a former priest. There’s a tale about a priest’s murder. Especially in the 1980s, certain religious movements played havoc with gay lives–politically, but in everyday ways, too. What would Nick have to say about religion personally and in the public sphere?

I think Nick’s personal views on religion are ambivalent. He sees too much injustice in the world to believe in a just God. I think the men in his life tend to challenge him in very central ways. Daniel was much more out and an activist when they were together, then Harker is very much not out when Nick is beginning to find that part of himself, and Joseph challenges his ambivalence about religion by showing a kinder side of it. Most of that I’m putting together afterward–the Ross story line (as do many of the storylines) comes from a guy I remember who was diagnosed with AIDS and became a Buddhist. You see that kind of behavior a lot–especially in the late 80s when A Course in Miracles got really big. As challenging as religion is in the gay community, epidemics have a long history of turning people toward religion.

Tell us a bit about your writing process: are you up every morning at 6 am writing 3000 words by noon? Do you outline, not just the current tale, but longer story arcs over multiple books? Do you research in advance or as needed as you write?

At UCLA we learned to write screenplays in 10 weeks, so I learned to write fast. I write every day. I research on the fly. I’m very half-assed about outlines tending to abandon them quickly. Especially with the Boystown series. I find that every book I write writes itself differently.

The longer arcs in the series tended to evolve without a lot of planning. I probably gave the most thought to the Jimmy English arc since it’s the most complicated. The Rita Lindquist arc I’m working on now actually reaches back to Boystown 3 even though I didn’t realize it at the time. Nick raises the possibility that Gloria Silver might have hired a PI which would have been Rita’s father.

Have you killed off any characters that later caused you regret? Have you fallen in love with any of them? Do you have a secret dark side rooting for some of the more unsavory characters to escape?

Not a character exactly but I wish I hadn’t burned Paradise Isle down quite so quickly. It would have been nice to stay in that era a bit longer. I don’t really root for the bad guys, but I do like to show the softer side of characters who seemed awful–Mrs. Harker for example.

All good things come to an end. You’ve stated publicly that the Boystown series is coming to a close. If fans clamored hard enough, will there be a Boystown 13, 14 and 15?

I am finishing the series with Boystown 13: Fade Out. Anything that happens after that will be a surprise. I won’t say who for.

Having met fans at book fairs, online and in fan mail, do you have a sense who the majority of your readers are? Women? Older gay men? Or a younger audience wanting to discovery our gay history? Which group are most loyal and passionate?

Most of my fans seem to be people of both sexes in my own age range who remember the 80s well. I do have a few younger readers but they tend not to reach out.

And speaking of history. We live in what historians are likely to call chaotic times (let’s hope not the beginning of a dark age). Your two main series are set in the past. Does this reflect a personal passion? Is it simply nostalgia? And, if you could, when and where might you want to have lived?

Certainly, my interest in history has to do with being gay. So much of our history has been erased or has been told by people not in our community. I love including the small details of how we lived then, capturing the details of our lives that might otherwise be lost.

If I could time travel I think I’d like to spend some time in Los Angeles during the 1970s.

Ten years! 12 books, 2 prequels and a Lammy. Boystown has had an extraordinary run and is arguably at its peak on many levels. How will you celebrate on November 9th?