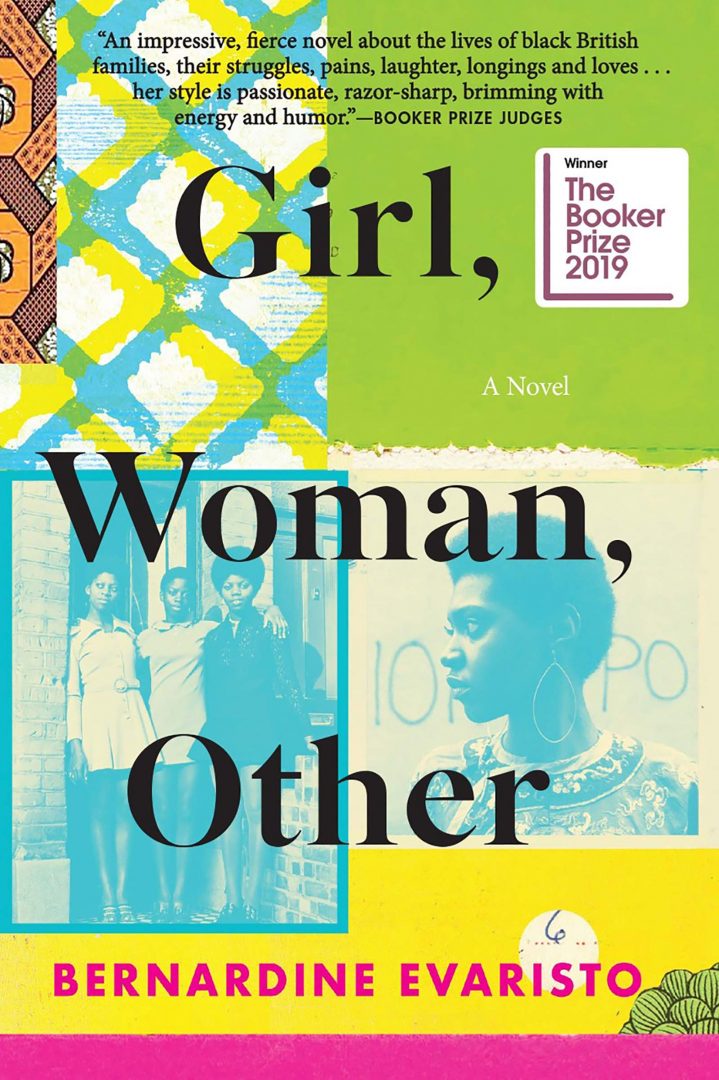 Read This! A Chapter from Bernardine Evaristo’s Award Winning ‘Girl, Woman, Other’

Read This! A Chapter from Bernardine Evaristo’s Award Winning ‘Girl, Woman, Other’ 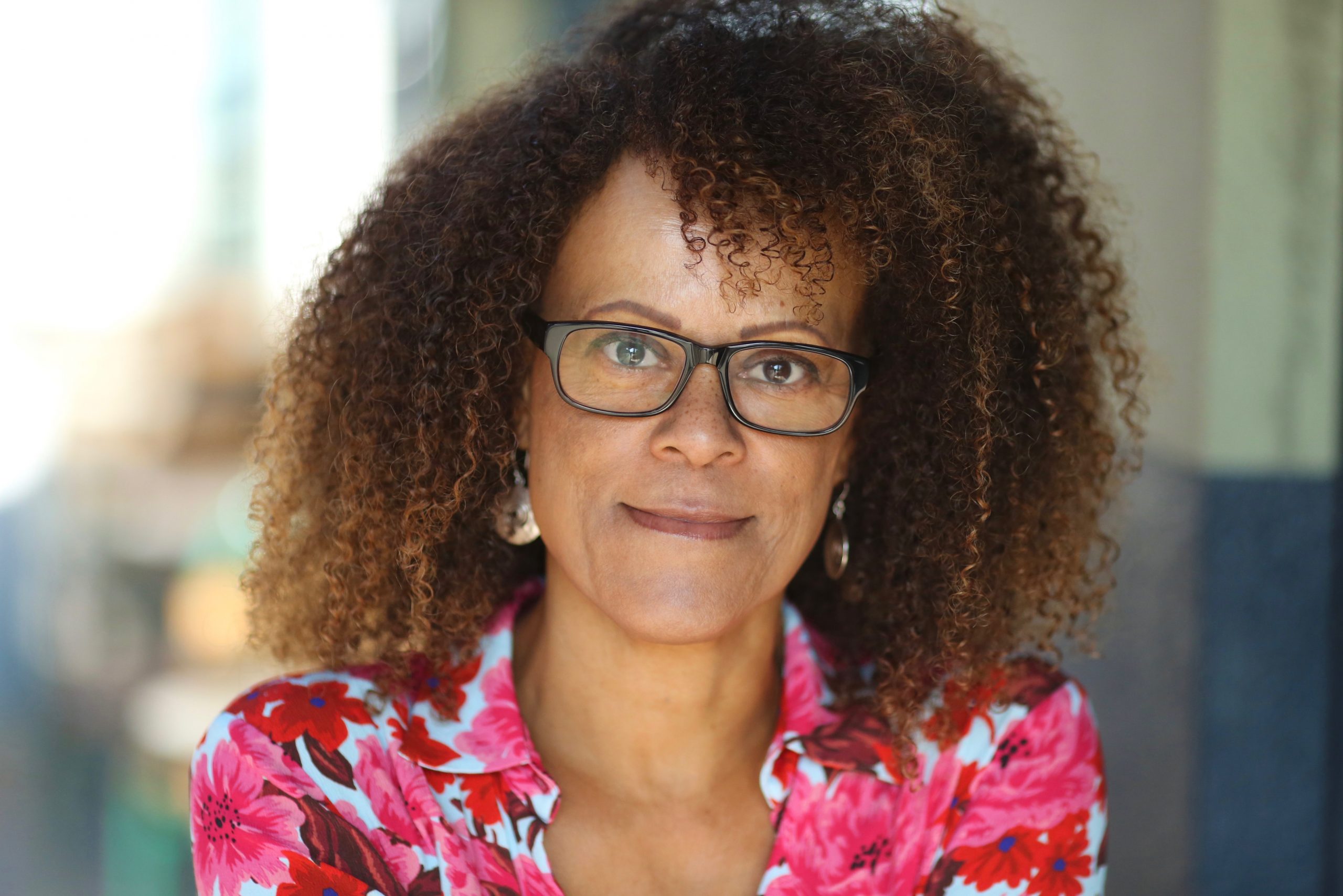 The following is a chapter from Bernardine Evaristo’s Girl, Woman, Other. The Booker Prize winning novel is an astute examination of Black British womanhood. Told through a stylized chorus of voices, Girl, Woman, Other offers a humane look at a group of women moving through contemporary Britain. The novels opens on the character Amma, a playwright whose work often centers her Black lesbian identity.

___Amma
___is walking along the promenade of the waterway that bisects her
city, a few early morning barges cruise slowly by
___to her left is the nautical-themed footbridge with its deck-like
walkway and sailing mast pylons
___to her right is the bend in the river as it heads east past Waterloo
Bridge towards the dome of St Paul’s
___she feels the sun begin to rise, the air still breezy before the city
clogs up with heat and fumes
___a violinist plays something suitably uplifting further along the
promenade
___Amma’s play, The Last Amazon of Dahomey, opens at the National
tonight

___she thinks back to when she started out in theatre
___when she and her running mate, Dominique, developed a reputa-
tion for heckling shows that offended their political sensibilities
___their powerfully trained actors’ voices projected from the back of
the stalls before they made a quick getaway
___they believed in protest that was public, disruptive and downright
annoying to those at the other end of it
___she remembers pouring a pint of beer over the head of a director
whose play featured semi-naked black women running around on
stage behaving like idiots
___before doing a runner into the backstreets of Hammersmith
___howling

___Amma then spent decades on the fringe, a renegade lobbing hand
grenades at the establishment that excluded her
___until the mainstream began to absorb what was once radical and
she found herself hopeful of joining it
___which only happened when the first female artistic director
assumed the helm of the National three years ago
___after so long hearing a polite no from her predecessors, she
received a phone call just after breakfast one Monday morning when
her life stretched emptily ahead with only online television dramas to
look forward to
___love the script, must do it, will you also direct it for us? I know it’s
short notice, but are you free for coffee this week at all?

___Amma takes a sip of her Americano with its customary kick-
starter extra shot in it as she approaches the Brutalist grey arts
complex ahead
___at least they try to enliven the bunker-like concrete with neon
light displays these days and the venue has a reputation for being
progressive rather than traditionalist
___years ago she expected to be evicted as soon as she dared walk
through its doors, a time when people really did wear their smartest
clothes to go to the theatre
___and looked down their noses at those not in the proper attire
___she wants people to bring their curiosity to her plays, doesn’t give
a damn what they wear, has her own sod-you style, anyway, which
has evolved, it’s true, away from the clichéd denim dungarees, Che
Guevara beret, PLO scarf and ever-present badge of two inter- locked female symbols (talk about wearing your heart on your sleeve, girl)
___these days she wears silver or gold trainers in winter, failsafe Birk-
ies in summer
___winter, it’s black slacks, either baggy or tight depending on
whether she’s a size 12 or 14 that week (a size smaller on top)
___summer, it’s patterned harem pants that end just below the knee
___winter, it’s bright asymmetric shirts, jumpers, jackets, coats
___year-round her peroxide dreadlocks are trained to stick up like
candles on a birthday cake
___silver hoop earrings, chunky African bangles and pink lipstick
___are her perennial signature style statement

___Yazz
___recently described her style as ‘a mad old woman look, Mum’,
pleads with her to shop in Marks & Spencer like normal mothers,
refuses to be spotted alongside her when they’re supposed to be walk-
ing down the street together
___Yazz knows full well that Amma will always be anything but
normal, and as she’s in her fifties, she’s not old yet, although try
telling that to a nineteen-year-old; in any case, ageing is nothing to be ashamed of
___especially when the entire human race is in it together
___although sometimes it seems that she alone among her friends
wants to celebrate getting older
___because it’s such a privilege to not die prematurely, she tells them
as the night draws in around her kitchen table in her cosy terraced
house in Brixton
___as they get stuck into the dishes each one has brought: chickpea
stew, jerk chicken, Greek salad, lentil curry, roasted vegetables,
Moroccan lamb, saffron rice, beetroot and kale salad, jollof quinoa
and gluten-free pasta for the really irritating fusspots
___as they pour themselves glasses of wine, vodka (fewer calories), or
something more liver-friendly if under doctor’s orders
___she expects them to approve of her bucking the trend of middle-
aged moaning; instead she gets bemused smiles and what about
arthritic flare-ups, memory loss and hot sweats?

___Amma passes the young busker
___she smiles with encouragement at the girl, who responds in kind
___she fishes out a few coins, places them in the violin case
___she isn’t ready to forgo cigarettes so leans on the riverside wall and
lights one, hates herself for it
___the adverts told her generation it would make them appear grown-
up, glamorous, powerful, clever, desirable and above all, cool
___no one told them it would actually make them dead
___she looks out at the river as she feels the warm smoke travel down
her oesophagus soothing her nerves while trying to combat the
adrenaline rush of the caffeine
___forty years of first nights and she’s still bricking it
___what if she’s slated by the critics? dismissed with a consensus of
one-star reviews, what was the great National thinking allowing this
rubbishy impostor into the building?
___of course she knows she’s not an impostor, she’s written fifteen plays and directed over forty, and as a critic once wrote, Amma Bonsu is a safe pair of hands who’s known to pull off risks
___what if the preview audiences who gave standing ovations were
just being kind?
___oh shut up, Amma, you’re a veteran battle-axe, remember?

Excerpted from GIRL, WOMAN, OTHER copyright © 2019 by Bernardine Evaristo. Reprinted with the permission of the publisher, Black Cat, an imprint of Grove Atlantic, Inc. All rights reserved.

'All the Bad Apples' by Moïra Fowley-Doyle
'The Kiss That Counted' by Karin Kallmaker
'Rest for the Wicked: A Jane Lawless Mystery' by Ellen Hart