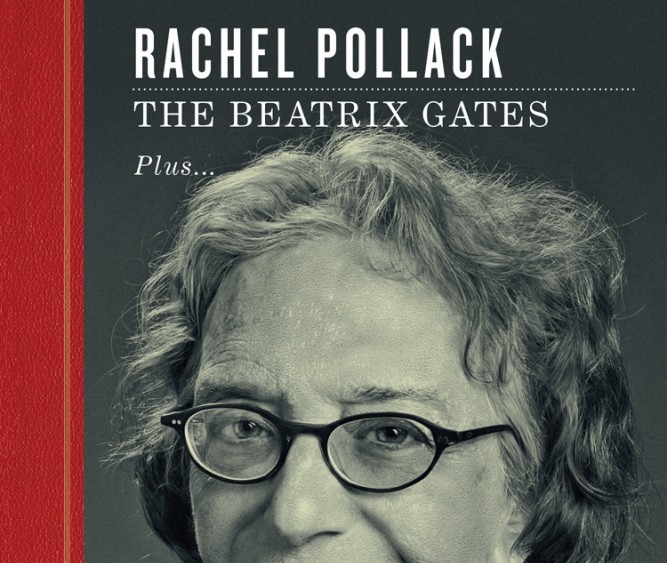 “The Beatrix Gates” by Rachel Pollack

“The Beatrix Gates” by Rachel Pollack 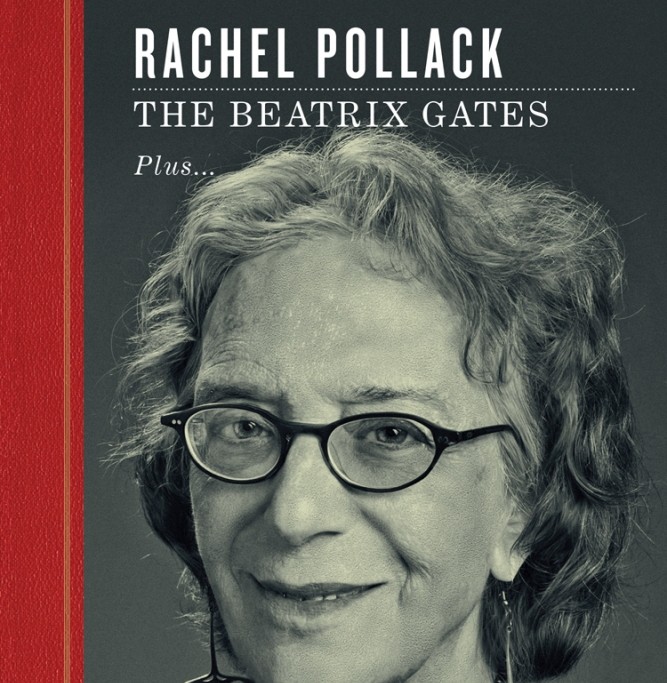 Rachel Pollack should be on anyone’s list of the most important trans writers of the Twentieth Century. I’ll go further: her great, weird, funny, frightening novels, above all Unquenchable Fire (1988) and Godmother Night (1996) are some of the best speculative fiction, tout court, of that future-obsessed century. Now a new book from PM Press, The Beatrix Gates, offers a retrospective of her career in which her transness takes an explicitly central place. Anyone interested in the history of transgender identity, or for that matter in its future, should check it out. They will probably get more than they bargained for.

The title story offers a vision of the future in which trans women, hijacking nanotechnology developed to cure cancer, have transcended humanity entirely and become a possibly benign, possibly terrifying, ruling elite, able to seize at will those those children they judge to be trans, and turn them into deities. It then proceeds to tell us a creation myth repeated among these post-humans. Somewhere beneath this creation myth lies the Twentieth Century “trans narrative”: the protagonist knows they are different as a child, they are shamed and outcast, they leave their family, they travel for surgery, they ‘go stealth’. In this imagined future, however, this “trans narrative” of the recent past is itself transfigured: As a new, liberationist, trans politics begins to appear, its steps turn out to lead not to ‘fitting in’, but to spiritual awakening, a journey into the desert accompanied by a lion and a tiger, a step through cosmic gates, and the assumption of vast power.

This is, as with so much of Pollack’s work, a magical story, which is to say that it is decidedly ambiguous and uncomfortable. It imagines a future in which transness is power, but asks what we might do with such power. It imagines a future in which the ‘trans narrative’ is once and for all transcended, but asks which might be lost, as well as gained, in such a transcendence. Poised between an embarrassingly limited past and a dangerously unlimited future, it leaves us, as we always have been, still balanced on the sharp edge of a knife.

Paired with this story is a new essay, “Trans Central Station”, which begins with a striking list contrasting the vocabulary for transness that existed when Pollack transitioned in the late 1960s  with the vocabulary that exists today. She discusses her experience, during her childhood of finding the feelings she would later come to understand as “trans” to be literally unspeakable: she had no vocabulary for them at all. “The mind,” she says, “could not form the thought.” To change this, she says, it became necessary to “embrace a kind of science fiction life. Or maybe a magical life.”

Pollack here understands transness as a kind of speculation, speculation as a kind of magic, and magic as a kind of power. What separates her analysis from contemporary bromides like “trans girls are magical” is her insistence that to be forced, and therefore able, to do magic is not a gift but a “mission, should you choose to accept it… And yes, you must choose it, even if you know, as I do, that there is really no choice, except maybe death. Despite that, you must take the action.” She brings this understanding to a tough-minded but movingly optimistic account of her long involvement with various forms of trans, queer liberation, feminist, and new age organizing from the 1970s up to now.

What both the story and the essay offer, what in fact, the whole book offers, is a long view. At one point Pollack recalls seeing a twitter post in which a young activist referred to people who transitioned in the 1990s as “prehistoric.” Wryly, she asks what this makes her, “Palaeolithic?” That might be overstating the matter, but it does give us a sense of how disastrously foreshortened our sense of trans history is. Given how fast trans generations seem to come and go, it the fresh and stimulating engagements Pollack offers here take on additional importance.

One final caveat–I do not want to give the impression this is solely a book about transness. It also has excellent pieces dealing with questions of feminism, Jewishness, mortality and magic. For such a short selection, it is remarkable varied. Whilst Pollack’s novels, together with her run writing the comic Doom Patrol, continue to stand as her most important work, this book does a good job of giving a sense of the breadth of her interests, and represents a great place to start reading her work.