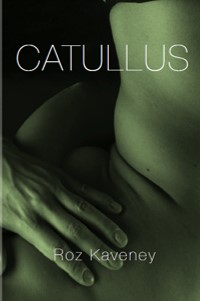 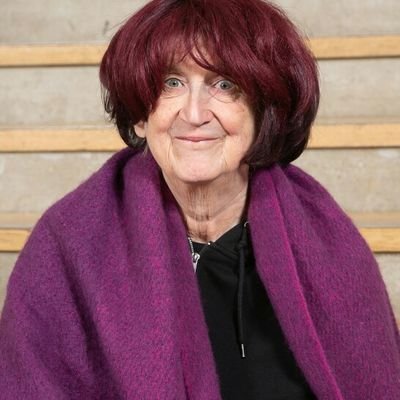 Catullus, the classic romantic among ancient poets (thousands of kisses!), is also the go-to source for evidence of Roman sexual obscenity (something about skullfucking). Roz Kaveney’s new translations of his poems manage to capture both of these aspects, and manage to get his humor across, too. Kaveney studied Latin in grammar school before going on to become a novelist, critic and icon of British queer and trans activism.

Lambda Literary talked to Roz about rhyme, returning to poetry after decades-long break, and how she started translating Catullus in order to win an argument.

I guess I wanted to start–perhaps not very creatively–with biography. What is your background, both with Latin and with poetry? I gather that you’ve returned to both after an extended absence.

I wrote a lot of not very good teenage poetry and continued to do so at Oxford. Very little of that work survives except for a couple of epigrams of which I’m not ashamed.

When spiders eat the husbands that they love
Such brightness flares the facets of their eyes
With such a sudden sharpness mandibles
Click, as when you asked me round for tea.

The relevance of these to Catullus is that there was always a streak of bitchy wit to my work.

At Oxford I shared a flat with Christopher Reid and with Andrew Harvey–mystic, translator of Rumi–and knew poets like Sally Purcell and Craig Raine. Andrew Motion and James Fenton were also contemporaries. I stopped writing poetry partly through loss of confidence especially after encountering advocates of a more avantgarde poetics–Charles Olson, John Ashberry–when living in Leeds. I was good friends with the late Elizabeth Young.

There was also the issue that, for as long as I didn’t transition, I felt inauthentic and that when I did find my voice it was in prose fiction, criticism and memoir.

Back when I was at school and doing Latin–which was still a requirement for English at Oxford in the late 60s–I discovered a facility for sight translation into rhymed verse. When I was very sick post-GRS, I used translation as a way of checking my mental faculties were intact. A couple of times LJ friends got me to translate obscure German lesbian poets for them.

You’ve mentioned that you started translating Catullus in order to win an argument about whether there was a counter-narrative to Kenneth Dover and Michel Foucault’s view of sexuality in the ancient world as all about asymmetrical relations of dominance and subjugation–penetrator/penetrated, old/young, masculine/feminine. What is it about Catullus in particular that stands against that view?

In 2010, an obnoxious American writer called John C. Wright wrote a blog post denying queer creativity and claiming that “Sappho” was a literary fiction. I proceeded to write some versions of her in blank and free verse as part of a shared project of telling him to fuck off. Because I have no Greek left, I read a lot of other versions including the Catullus one and started rereading him. Then I got into an argument within someone else about Foucault, Dover and the classicist James Davidson and went home and started writing the Catullus versions to prove my point, and as part of the continuing project of annoying Wright.

More generally, as a trans woman who is also lesbian, I got very tired in the 80s of people invalidating my sexuality and using Foucault as a rationale. Especially since Foucault was apparently fucking the boyfriend of a trans woman I used to know…

A lot of Catullus’s explicitly “sexual” poems seem like they often, at the surface at least, see sex in just that kind of hierarchical ways. To take the most obvious example: Poem 16’s opening–literally something like “I will fuck your asses and your throats.” But then you’ve translated instead “Eat out my pussy while I fuck you hard / my hand up both your arses…”

Obviously some of the poems are old school “fuck or be fucked” but a number of the poems about young men are about social equals or superiors and romantic in a way that doesn’t fit that narrative. Cicero sniffs about Catullus being too influenced by Greek poetry–I’m not sure what he means but maybe it’s the tenderness of the Greek Anthology, for example. But yes, there is an incongruity in the project which I let a couple of the poems explore.Why did you decide to stick with pretty strict rhymes for the vast bulk of the Catullus poems? When I opened the book and saw all the rhymes I immediately thought of all English translations of the classics in the 17th and 18th century which were all put into neat couplets.

I have a serious taste for the Augustans, especially Pope and Johnson.

More directly relevantly, I’d started using rhyme generally in my verse, partly because I’d discovered a facility for it, partly because I liked the way it gives my process an aleatory element so that I don’t always know where I’m going (obviously less relevant with translation), partly because it enables a sort of witty precision.

Catullus was partly a way of exploring my own technique. At an early stage in the whole project my partner broke her knee and it was something to do while stuck at home nursing her.

The thing about Catullus is that he is often so very funny. The way I see it is that he’s provincial gentry who has moved into a very grand fast set in Rome and his verse is there to charm. He is genuinely funny–my reading of him is based on the idea that when in doubt you should look for the joke…A lot of the short poems have an internal turn analogous to the volta of the Elizabethan/Jacobean sonnet and so doing him as sonnets seemed appropriate–a lot of my own sonnets follow this practice. The other advantage of rhyme is that in the more serious poems it works as an emotional intensifier.

While we’re talking about form, I wanted to ask about the style of your translation of the Attis poem: it’s the only one that’s not rhymed and is done in much shorter–and more irregular–lines than the others. What went into the form for this one in particular?

Talking about Attis to classicists and trying to read it aloud, I was taken both by the theory it was written for a performer and by its rhythmic irregularities. Before I started being a formalist, I wrote several long poems for performance, most of them on trans themes. (My big Stonewall poem being a good example.) So I thought I’d revert, and have read it at gigs and have thought about doing it with a percussionist.

Attis is also an interesting figure for proto-trans mythologizing, Not to be too anachronistic (and there is supernatural stuff), more than just that, but there’s also a kind of material side to Attis’s “transition” that is tempting to read as modern–the protagonist’s genitals get literally reconfigured in a fit of divine madness at the very beginning of the poem, most obviously, but I’m also thinking of the litany of gendered social roles and institutions later in the poem (boy, husband, groom, wife, girlfriend, gym, forum, school, etc.)

Well yes. All of that. I see him as someone conscious of social precarity. Other provincials carved a niche through conformity–I think it’s significant that Catullus praises Cicero and that Cicero is so sniffy about him for writing the wrong sort of poetry. And the one famous crossdressing incident in Catullus’s Rome is his mistress’ brother…The renunciation of male social roles bit is fascinating–and quite class-specific. It’s clear this Attis is not just a Roman but a Roman of a particular social class.

You mention “extensive reading of cribs” while doing your translations? What are your favorite translations of Catullus? What makes, in your estimation, for a successful rendering, generally?

I used literal cribs that I found on line for sense and used French and German ones as much as English. My view is that translations need to capture the spirit and sense as far as possible but also be autonomous works of art. We use cribs as an aid to reading the original: translations need to make it new. If you draw a line between Vladimir Nabokov at one end and Ezra Pound or Christopher Logue at the other, I’m somewhere in the middle.

Do you have any more translations planned? And regardless, what text would you particularly like to translate, given unlimited time and other resources? And what else are you working on these days?

Otherwise: Occasional poems. The last volume of my fantasy series Rhapsody of Blood. Thinking about Cream Whip, the sequel to Tiny Pieces of Skull.

Short perfect verses – ‘fifteen olive trees
grandfather planted.’ ‘I once owned a shield-
shattered in battle and I had to yield’
‘Your voice is soft and warming as a breeze’

‘The boy I loved turned Christian, went away’
‘My friend is dead, the nightingales sing still’
‘Apollo cured my child when he was ill
I sing his praises.’ ‘Glory to the day

the tyrant fell.’ We sometimes know their name,
their town perhaps. Their bones are lost to time
but something lives because they made a rhyme.
Something more durable perhaps than fame

Cold comfort in the grave, still to be read
but all that we can hope for when we’re dead.

Girls' Night! A Chapter from Leigh Hays' Providence
'Original Fake' by Kirstin Cronn-Mills and Illustrated by E. Eero Johnson
Edmund White Wants to Share Some Gossip with You