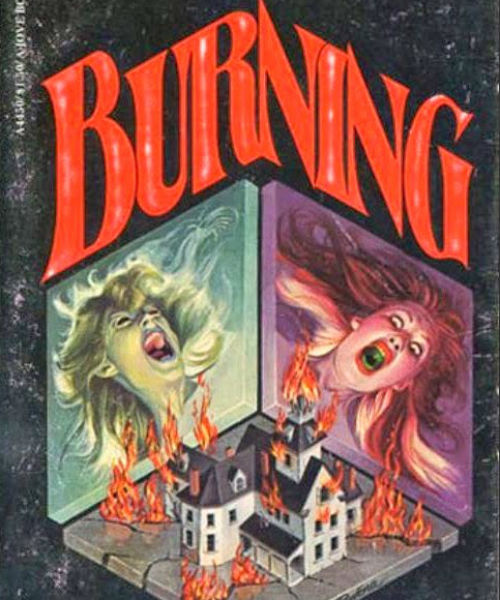 Spooky Deep Cuts: 10 Queer Horror Gems You Might Have Missed

Spooky Deep Cuts: 10 Queer Horror Gems You Might Have Missed

To usher in Halloween, we thought it would be a good idea to dig deep and uncover some horror-related books that might have fallen below your radar. 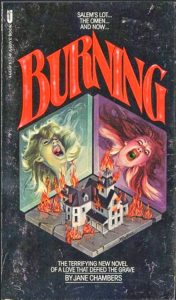 Published in 1978, during the height of the mass-market paperback horror boom, Jane Chambers’ Burning is a lesbian time traveling romance–cum–witch hysteria story–cum–Gothic thriller. In other words, this book is everything.

From the 1995 reprint edition:

This smoldering love story of two contemporary women possessed by unfulfilled lovers from three centuries ago, is a gripping novel in its own right & an insightful commentary on the prejudice & persecution of gay people throughout history.

[….] This book is a must for all fans of the late Ms. Chambers…or a great introduction to her work for those unfamiliar with this remarkably versatile feminist writer. While best know for her plays, she was also a sensitive poet & novelist. 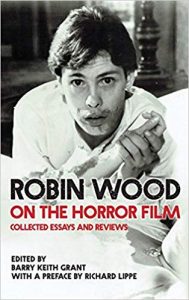 Robin Wood on the Horror Film: Collected Essays and Reviews by Robin Wood

There are moments when you are simply in the mood for a biting, erudite gay film critic. Here is Robin Wood on Wes Craven’s 1980s oeuvre: “Wes Craven’s career has achieved a certain consistency, in that each of his films since Last House on the Left has been worse than the one before.” Burn!

In September 1979, Wood and Richard Lippe programmed an extensive series of horror films for the Toronto International Film Festival and edited a companion piece: The American Nightmare: Essays on the Horror Film–the first serious collection of critical writing on the horror genre. Robin Wood on the Horror Film now contains all of Wood’s writings from The American Nightmare and nearly everything else he wrote over the years on horror-published in a range of journals and magazines-gathered together for the first time. It begins with the first essay Wood ever published, “Psychoanalysis of Psycho,” which appeared in 1960 and already anticipated many of the ideas explored later in his touchstone book, Hitchcock’s Films. The volume ends, fittingly, with, “What Lies Beneath?,” written almost five decades later, an essay in which Wood reflects on the state of the horror film and criticism since the genre’s renaissance in the 1970s. Wood’s prose is eloquent, lucid, and convincing as he brings together his parallel interests in genre, authorship, and ideology. 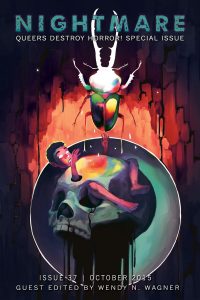 In 2015, the fine folks at Nightmare Magazine published this inspired showcase of uncanny tales. In Queers Destroy Horror, literary standard bearers are given a platform along with some exciting up-and-coming scribes.

About the special issue:

This double-issue features new work from Chuck Palahniuk, Matthew Bright, Lee Thomas, Alyssa Wong, and Sunny Moraine, as well as reprints from Kelley Eskridge, Caitlín R. Kiernan, and Poppy Z. Brite. You’ll also be treated to a very special selection of dark poetry reprints and nonfiction that takes a hard look at queer achievements and challenges in the horror genre. 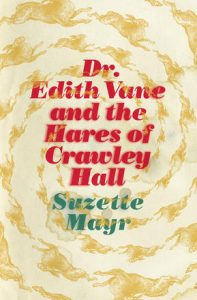 Dr. Edith Vane and the Hares of Crawley Hall by Suzette Mayr

Sometimes it simply does not pay to stay in school. In Suzette Mayr’s genre jumping novel, the academy is also a frightening haunted house.

From The Lambda Literary Review:

A genre pastiche, this novel is at once a humane character study, a biting academic satire, and a Gothic fantasia. Put-upon, self-mocking, and hopelessly devoted to books, Dr. Vane is struggling to maintain her position at her university while working towards the publication of her new book.

[….] Running parallel to this plot is the sinister dark workings of Vane’s supernaturally-sentient campus hall, which seemingly wants all the residents of the university gone: maggots are dropping from caving-in ceilings, the grounds are overrun with eerie wild hares, and her few friends are getting sick and dying of strange, sudden illnesses. 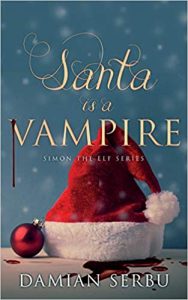 Santa is a Vampire by Damian Serbu

Something wicked this way comes…in a sleigh! Tongue firmly in cheek, this humorously profane narrative exposes a powerful evil gathering in the North Pole.

Simon the Elf wants to tell you the true story behind Jolly Ole St. Nick. Yeah, he’s a vampire. But that alleged gift giver and lover of children hides more than that fact from you. And what about Mrs. Claus and Rudolph? Venture into a world of enslaved elves, enchanted animals, and death wrought by Santa himself.

With his sharp wit, Simon will lead you into the darkest realms of Christmas. 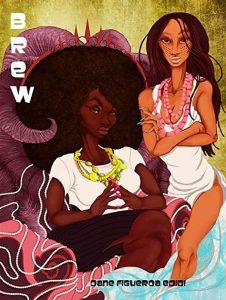 Witchcraft is not for the weak-minded; delving into the world of magic, dark or otherwise, is fraught with danger. Part one of the Ghetto Goddess Series, Dane Figueroa Edidi’s Brew is an ominously epic tale of family, power, and fraught allegiances.

From the author’s site:

Arjana Rambeau, a trans teenager from Baltimore, carries many secrets, one of which is she is a witch. Beginning to start a new school, she finds herself at the center of an unwarranted conspiracy. As she makes new friends, while attempting to maintain her old ones, she must learn how to distinguish who she can trust, because it seems everyone wants a piece of her and her growing powers.

Bembe Rambeau is a mystery, infamous amongst the magical community, she has very few friends but a collection of enemies; enemies, who seem to be attempting to remove not only her allies but her daughter as well; threatening both her small empire and family’s legacy. Bembe must now combat shifting loyalties while crafting an alliance with an enemy who she once wished dead. 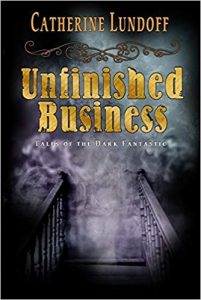 Unfinished Business: Tales of the Dark Fantastic by Catherine Lundoff

Unfinished Business: Tales of the Dark Fantastic features a mix of queer and less queer short stories about ghosts, monsters, revenge, new spins on old tales, wronged women and really bad jobs. Haunted houses. Vengeful spirits. Wronged women. A glimpse of a grim future and a visit to a terrifying past. Step inside for a taste of nightmare, a bit of the unexpected and a touch of the weird. 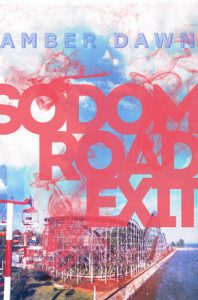 It’s the summer of 1990, and Crystal Beach in Ontario has lost its beloved, long-running amusement park, leaving the lakeside village a virtual ghost town. It is back to this fallen community Starla Mia Martin must return to live with her overbearing mother after dropping out of university and racking up significant debt. But an economic downturn, mother-daughter drama, and Generation X disillusionment soon prove to be the least of Starla’s troubles: a mysterious and salacious force begins to dog Starla; inexplicable sounds in the night and unimaginable sights spotted on the periphery. Soon enough, Starla must confront the unresolved traumas that haunt Crystal Beach. 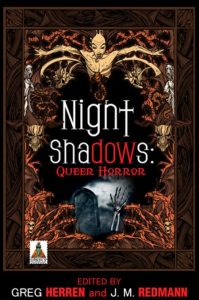 What scares you the most? An impressive lineup of the biggest names in gay and lesbian publishing come together to share tales of things that go bump in the night, murder and revenge most foul, and dark creatures that will haunt your dreams, while putting a decidedly queer twist on the literary horror genre. Edited by award-winning authors Greg Herren and J. M. Redmann, the stories in Night Shadows are masterfully told, disturbing tales of psychological terror that will continue to resonate with readers long after they finish reading these delightfully wicked stories. Don’t read these stygian tales when you’re alone—or without every light in the house burning! 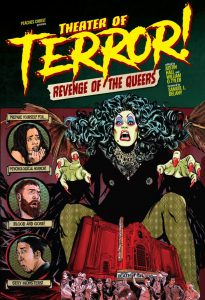 Theater of Terror: Revenge of the Queers! edited by Justin Hall and William O. Tyler

This compendium of horror comics takes the term “graphic content” to a new level. Running the gamut from the gory to the humorous, this anthology includes work from a host of beloved cartoonists and writers, including Ed Luce, Howard Cruse, Sina Grace, Jennifer Camper, and Rachel Pollack.

Theater of Terror: Revenge of the Queers showcases a remarkable collection of talented LGBTQ cartoonists illustrating in vivid detail what keeps them up at night. The end result is a tome of shocking queer horror comics we dare you to read!

Featuring everything from a gay Frankenschwein made from pig parts to a lesbian Mermaid with a bone to pick, from a demonic Culture Vulture to a trans Werekat from 1930s Paris, from a Dyke Witch with a grudge to a Drag Race in Hell, these stories leap from the page and go for the throat! This book contains over 250 pages of all-original material from 35 cartoonists.

John Rechy: On the Gay Sensibility, Melding Truth and Fiction, and His Literary Legacy
Can M/M Romance Challenge the Definition of LGBT Lit?
LGBT Friendly Colleges, the Art of Writing Lists About Poetry, and Tips for Emerging Writers