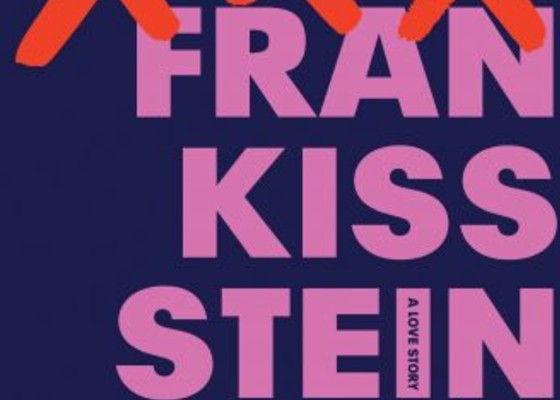 October is here, sweater weather has cast itself upon us, and we’re back with more LGBTQ books, perfect for your autumn night in!

Two-time Lambda Literary Award winner Jeanette Winterson is back with what the New York Times has named “a radical love story for right now.”Frankisstein, longlisted for the prestigious Booker Prize, is at once humorous and harrowing in its investigation of gender politics, artificial intelligence, and ethics in medicine.

Here is a synopsis from the publisher (Grove Atlantic):

In Brexit Britain, a young transgender doctor called Ry is falling in love – against their better judgement – with Victor Stein, a celebrated professor leading the public debate around AI.Meanwhile, Ron Lord, just divorced and living with Mum again, is set to make his fortune launching a new generation of sex dolls for lonely men everywhere.Across the Atlantic, in Phoenix, Arizona, a cryonics facility houses dozens of bodies of men and women who are medically and legally dead… but waiting to return to life.

But the scene is set in 1816, when nineteen-year-old Mary Shelley writes a story about creating a non-biological life-form. ‘Beware, for I am fearless and therefore powerful.’What will happen when homo sapiens is no longer the smartest being on the planet? Jeanette Winterson shows us how much closer we are to that future than we realise. Funny and furious, bold and clear-sighted, Frankissstein is a love story about life itself.

If you love the award-winning poetry of Saeed Jones, make sure to check out his debut memoir, How We Fight For Our Lives, out this month from Simon & Schuster.

An award-winning poet, Jones has developed a style that’s as beautiful as it is powerful—a voice that’s by turns a river, a blues, and a nightscape set ablaze. How We Fight for Our Lives is a one-of-a-kind memoir and a book that cements Saeed Jones as an essential writer for our time.

Through a series of vignettes that chart a course across the American landscape, Jones draws readers into his boyhood and adolescence—into tumultuous relationships with his family, into passing flings with lovers, friends, and strangers. Each piece builds into a larger examination of race and queerness, power and vulnerability, love and grief: a portrait of what we all do for one another—and to one another—as we fight to become ourselves.

Our next author, Georgia Beers, is a two-time finalist and winner of the Lambda Literary Award for Best Lesbian Romance. She’s back this October with One Walk in Winter, bound to be a sizzling workplace romance! 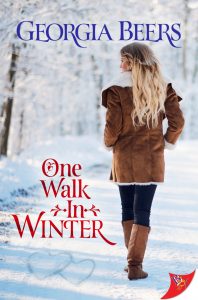 Nothing’s ever been handed to Olivia Santini, and she’s proud of her work ethic. After seven years as the assistant manager of the Evergreen Resort and Spa, she has ideas to improve the bottom line and increase reservations. When her manager resigns, Olivia puts in her résumé and waits for the interview. The job is practically hers—all she needs is the paperwork.

Hayley Boyd Markham is the youngest Markham, the only girl, and the most spoiled. An artistic soul in a family of business-minded type As, she’s always felt like a bit of a screwup. After an embarrassing party situation, her father puts a hold on her allowance and gives her an ultimatum: Spend the winter as manager of the Evergreen Resort and Spa and show him it can turn a profit. Only then will he reconsider her future (and her inheritance).

A chance encounter in the woods is filled with chemistry and promise, and though neither Olivia nor Hayley is looking for love, they both feel the possibility. Until they get to work…

In March, The Hollywood Reporter confirmed that we would again see Elio and Oliver,the unforgettable characters of Andre Aciman’s book turned Academy Award winning film, Call Me By Your Name. The sequel is Find Me,which publisher Farrar, Straus and Giroux says, “brings us back inside the magic circle of one of our greatest contemporary romances to ask if, in fact, true love ever dies.”

In Find Me, Aciman shows us Elio’s father, Samuel, on a trip from Florence to Rome to visit Elio, who has become a gifted classical pianist. A chance encounter on the train with a beautiful young woman upends Samuel’s plans and changes his life forever.

Elio soon moves to Paris, where he, too, has a consequential affair, while Oliver, now a New England college professor with a family, suddenly finds himself contemplating a return trip across the Atlantic.

In poetry, October brings us Goodread’s Choice Award-winning Trista Mateer’s new collection, Aphrodite Made Me Do It (Central Avenue Publishing), which uses the myth of the goddess Aphrodite as a way in to the practice of self-care in the mortal world.

As always, if we missed an author or LGBTQ book, or if you have a book coming out next month, please email us.