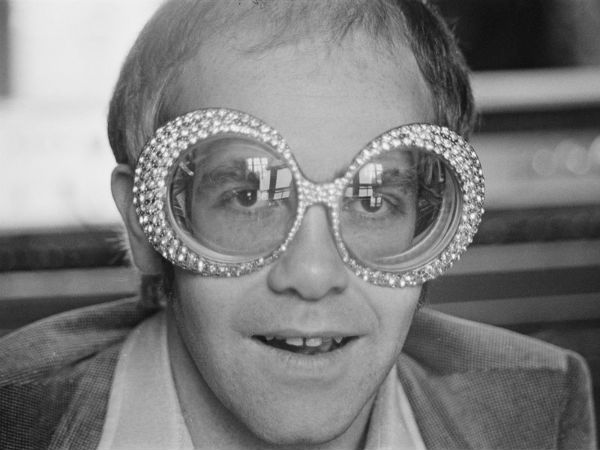 What do Elton John, Chris Colfer, and Saeed Jones have in common? If you said, they’re same-gender lovin’…you’d be technically right. But also, all three have made LGBTQ news this week, among other groundbreaking writers and scholars.

Elton John opened up in an honest interview with NPR, following the release of his new memoir Me. Here he talks about the highlights of his adolescence and young adulthood, including his home life, the music legends he grew up with, drugs, and rehabilitation.

A lot of rock musicians go into rock music to pull girls; that’s one of the big attractions. “We can play onstage, and we can flirt with the girls, then we can go backstage, and then we can take them home, and we can have sex with them.” That was never my motive. I was just wanted to play music. I was so obsessed with music, nothing entered my head apart from that.

Lambda Literary Award-winning Sci-Fi writer Ginn Hale discusses how revolutionary LGBTQ writers are smashing the trope of the gay black sheep in their works. If you’re looking for fantasy novels depicting queer found family and representation, look no further than her list of top picks!

Sam Sanders of NPR interviewed Saeed Jones on his critically acclaimed memoir, How We Fight For Our Lives. Jones, a gay Black poet who was raised Buddhist in Texas, asserts that a culture dominated by the rich, the white and the straight may never understand “how much work literally everyone else does to imagine [them]selves into existence.” The interview includes a sneak peak at the poem that opens Jones’ passionate memoir.

NY Times Opinion Columnist Frank Bruni offers his perspective on the politics and pathos of aging within the older gay male community, as well as what is universal for us all.

Part of the idea of looking healthy and muscled stems in our generation from the early years of HIV, and with gay men who carried the virus determined not to be perceived as sick. That is understandable…

The hell of aging is limits. But that’s the heaven of it, too. Sometimes to have the parameters of your life shrink is to be unburdened of too many decisions and of indecision itself.

Glee star and writer Chris Colfer discusses his “manifesto of compassion,” A Tale of Magic, and its allegory to gay-conversion therapy in his exciting interview with The Advocate.

In a loss to the community, beloved Twin Cities writer and Lavender Magazine columnist John Townsend has died.

It is basically impossible to discuss the history and scope of Lavender Magazine without also including John in the conversation. Since the magazine’s genesis in 1995, John has been there: alongside Steve Lenius, John was one of the two longest-running columnists in the publication’s history. John became a household name in the Twin Cities arts community, earning a proud reputation as one of the Minneapolis-St. Paul area’s best and most knowledgable chroniclers of local theater, film, and performance art.

In Vulture, author Alexander Chee has penned an essay on “writing the other.”

For the first time since 1990, the 2019 Booker Prize judges have named two winners: Margaret Atwood for her awaited sequel to The Handmaid’s Tale, and Bernadine Evaristo for Girl, Woman, Other. Additionally, Ms. 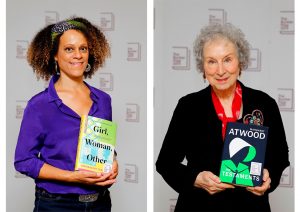 Evaristo is the first black woman to earn the prize since its beginning.This is certainly, shall we say, one for the books!

Memoirist Scotty Bowers has passed away at the age of ninety six years old. Mr. Bowers worked as a bartender and sex worker within the Hollywood industry during the 1950s, claiming to have had affairs with the legendary Cary Grant, Bette Davis, Spencer Tracy and Audrey Hepburn, among others. He will live on as a major figure who challenged the staunch heterosexual norms of his era.

Not sure what you’re picking up this winter to read? Electric Lit has got you covered. Now, when you meet up with your fellow queer bookish friends, you can at least appear to be in the loop.

Cyrus Grace Dunham, sibling to film star Lena Dunham and child of artists Carroll Dunham and Laurie Simmons, is now entering the limelight for themselves with their memoir A Year Without a Name, which details Cyrus’ transitory experience with gender and the complexities of what is dysphoric and what is not.

In honor of National Coming Out Day, Harper’s Bazaar Magazine published this list of the best LGBTQ books out this fall. See if your favorite authors made the list!

Raluca Alba facilitated a conversation with Lilly Dancyger and Shelly Oria for BOMB. They spoke about two new feminist anthologies they’ve edited, Burn it Down and Indelible in the Hippocampus that examine gendered anger and gendered silence around violence. According to Oria:

As long as women don’t get to be angry—publicly angry, and have their public anger respected, even revered, rather than declared shrill or hysterical—then how do we expect them to be elected President? Be paid the same as men? Have agency over their own bodies? These things all inherently require anger, or the threat of its possibility.

[T]he #MeToo movement felt like a collective enough from so many women reaching a breaking point with how much we’re supposed to let our boundaries get disregarded for the pleasure, or entertainment, or power tripping of men. Reclaiming our own physical, mental, and emotional space is a radical act when we’re so largely expected to give it up.