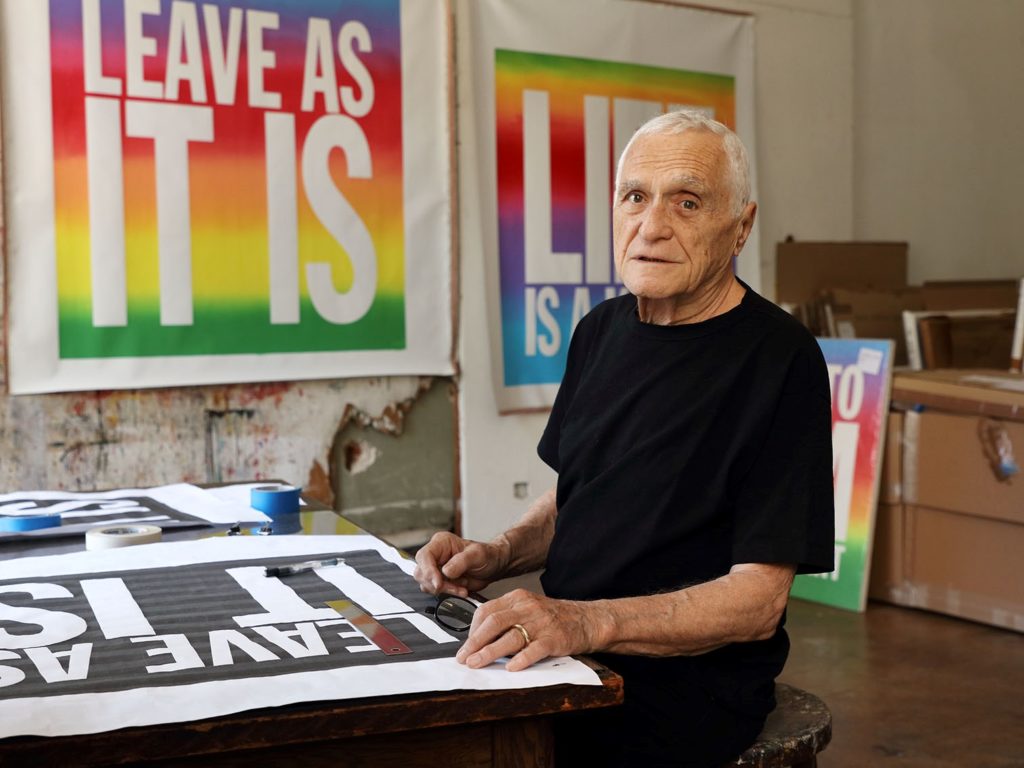 Categorization disrupting poet and artist John Giorno, 82, has died. Giorno died on October 11, 2019. The cause of death has not been released. He is survived by his husband, the artist Ugo Rondinone. 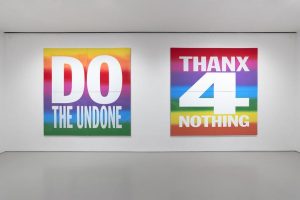 Giorno’s forward-thinking vision, ironic wit, and multidisciplinary talents allowed him to adeptly move between different genres, styles, and subject matter. Throughout his career, he wrote poems that joyfully centered homosexuality and made endlessly clever text-based paintings. Giorno was also an early advocate and activist in the fight against HIV/AIDS.

The central project of Giorno’s life was dramatically expanding the boundaries of poetry, and—at least equally as important for him—revolutionizing the methods by which it could be presented and distributed. His immersion in the thriving New York avant-garde scene of the 1960s provided him inspiration. He once told the curator Hans Ulrich Obrist, recalling his mindset at the time, “It occurred to me that poetry was 75 years behind painting and sculpture and dance and music.” And so he got to work catching it up.

Born in New York in 1936, Giorno attended Columbia University in the 1950s; he graduated in 1958 with a steadfast love of poetry. In the 1960s, he hit his creative stride when he immersed himself in the Downtown New York Art scene, collaborating with such noted artists as Andy Warhol and Robert Rauschenberg. While many gay artists of the 1960s Downtown scene dealt with their sexuality through subtle subtext, if at all, Giorno created language based art and performances that were explicitly and playfully queer.

A working artist right up to his death, Giorno’s decades spanning work offered an expansive vision of what queer art can do.